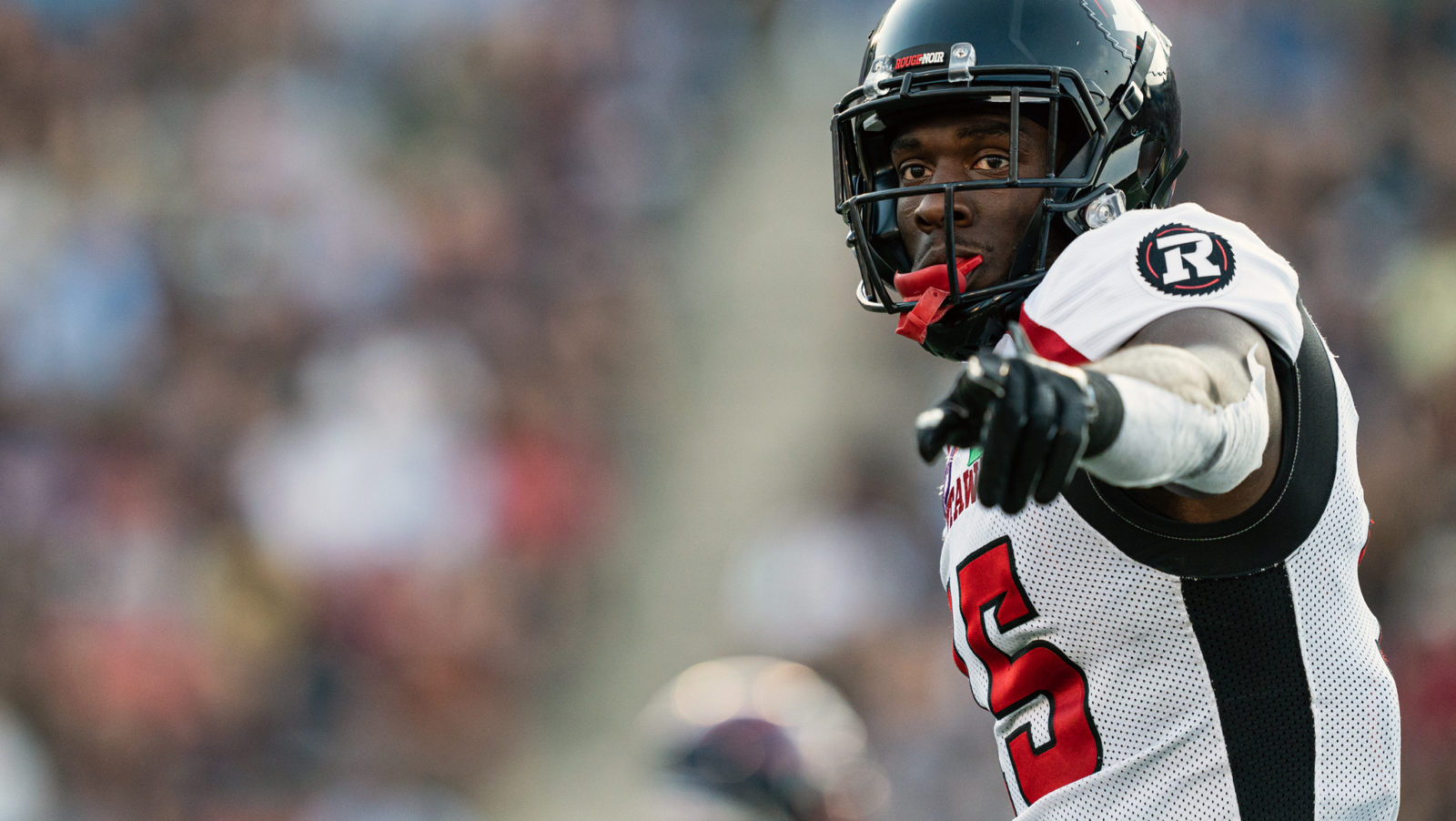 OTTAWA — With a new head coach and plenty of roster flexibility, the Ottawa REDBLACKS have effectively hit the reset button following a three-win season.

Last year was a forgettable one in the nation’s capital, as off-season departures including Trevor Harris, William Powell and Greg Ellingson decimated a core that had appeared in three of the previous four Grey Cups. After a 2-0 start, the REDBLACKS managed to win just one of their last 16 games en route to their worst season since going 2-16 in 2014.

While new head coach Paul LaPolice looks to invigorate an offence that ranked last in the CFL in points (17.3) and yards (293.0) per game, the question for 2020 remains who will be the team’s starting quarterback after Dominique Davis, Jonathon Jennings and Will Arndt combined for a league worst quarterback rating of 71.5.

More than 250 players league wide are poised to become free agents on Feb. 11, meaning the REDBLACKS will have plenty of opportunity to rebuild and excel in 2020. With a busy off-season on tap, CFL.ca previews the upcoming months in R-Nation. 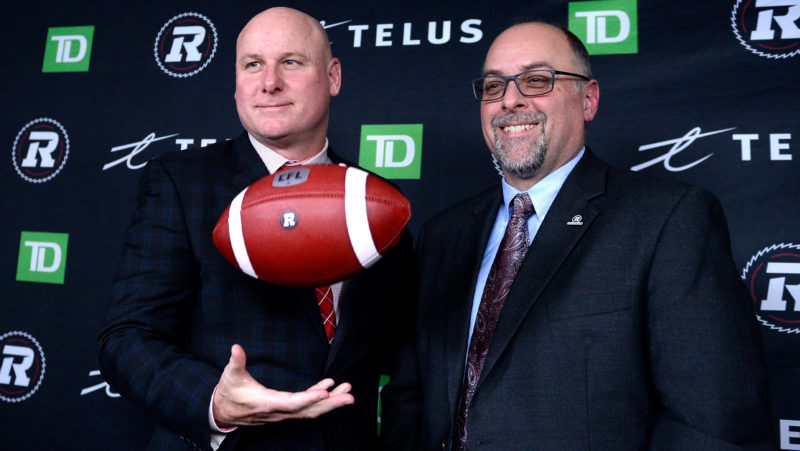 After a near-perfect track record since becoming Ottawa’s general manager in 2013, Marcel Desjardins faced his first real challenges last season. Relying on an unproven crop of quarterbacks and surrounding cast was a risk that clearly backfired, while the offence also failed to overcome the sudden departure of offensive coordinator Jaime Elizondo before the start of the season.

Despite owning a 44-62-2 record as GM of the REDBLACKS, Desjardins has led Ottawa to three division titles and a Grey Cup Championship as an expansion team. But this off-season will be critical to his future with the organization following the team’s recent struggles and the exit of Rick Campbell as head coach.

Former Bombers offensive coordinator Paul LaPolice comes to the REDBLACKS amid plenty of fanfare. Fresh off a victory in the 107th Grey Cup presented by Shaw, LaPolice is considered one of the top offensive minds in the game. Not only should Ottawa see an improved offence in terms of scheme and playcalling, but LaPolice could easily entice one of several free agent quarterbacks to sign with the club.

Many would argue that LaPolice’s first stint as head coach with Winnipeg from 2010 through 2012 ended prematurely when he was dismissed following a 2-6 start to the season — less than a year after leading the Bombers to a Grey Cup appearance. How LaPolice fills out his staff remains to be seen.

The current free agent landscape favours the REDBLACKS, who have plenty of flexibility thanks to a long list of expiring contracts. There may not be many holdovers from last year, but a three-win team did manage to produce a couple of aspiring stars that should be in Marcel Desjardins’ future plans.

The future of defensive coordinator Noel Thorpe should lend a hand in some of the decisions on that side of the ball, with Jonathan Rose, Sherrod Baltimore, Kevin Brown, Avery Williams and Anthony Cioffi headlining a long list of defensive starters that could leave.

On offence, Canadian offensive lineman Nolan MacMillan should be a priority as part of an all-national O-line, while Dominique Rhymes (26) and RJ Harris (27) form a talented, young duo of pass-catchers that managed to put up strong numbers despite a revolving door at quarterback. Quarterback Jonathon Jennings and kicker/punter Lewis Ward are also among notable free agents.

Offensive guard Nolan MacMillan could test the market in February, but even so, Canadian talent remains a strength of the Ottawa REDBLACKS. They regularly started an all-national offensive line in 2019 and could do so moving forward, with Mark Korte, Jason Lauzon-Seguin and Evan Johnson all receiving starts at tackle. Alex Mateas, Alex Fontana, Philippe Gagnon and Andrew Pickett could all factor into the team’s future plans up front.

Starting five Canadians up front would give Paul LaPolice ratio flexibility across the board, especially on the defensive side of the ball. Antoine Pruneau is under contract and set to return as the starting safety in 2020, as he looks to bounce back from an injury that limited him to nine games and just 28 tackles last year.

While Michael Klassen has retired and Justin Howell and Nate Behar are pending free agents, star receiver Brad Sinopoli signed a two-year extension in November and will return for a sixth season in the nation’s capital. Defensive tackle Julien Laurent and receiver Marco Dubois are younger players that will look to make strides in 2020. Kicking phenom Lewis Ward is a pending free agent.

There’s still work to be done this off-season, but a strong Canadian core is a good starting point for Marcel Desjardins, especially after inking Mateas and Sinopoli to multi-year extensions. While the REDBLACKS could target a veteran American tackle in free agency, they have ratio flexibility across the board.

Despite having three quarterbacks on the roster, the position remains a top priority for the REDBLACKS. No team saw less production behind centre last season, and neither Dominique Davis, Will Arndt nor pending free agent Jonathon Jennings appear to be a long-term answer.

Davis demonstrates the most upside and could return as a backup in 2019, but Paul LaPolice should set sights on one of many qualified free agent quarterbacks. Nick Arbuckle, still just 26, showed he could be a franchise quarterback while filling in for Bo Levi Mitchell, while former East Division Most Outstanding Player Jeremiah Masoli is coming off a torn ACL that cut his season short.

There’s also a link between LaPolice and Bombers quarterbacks Zach Collaros, Matt Nichols and Chris Streveler. All three are pending free agents, and at least one is certain to suit up elsewhere in 2020.

Injury limited John Crockett to just seven games in 2019, but the 27-year-old proved to be a versatile back for the REDBLACKS, averaging a respectable 5.4 yards per carry while catching 13 of 16 targets for 102 yards. He could have the inside track on the starting job next season.

Canadian running back Brendan Gillanders enjoyed a short stint as Ottawa’s starter late last season, carrying the ball 22 times for 91 yards in addition to 12 catches. The 29-year-old is a versatile back who can handle multiple roles in the offence.

If the REDBLACKS do look to make a splash at the position in free agency, there are some big names available, including James Wilder Jr., C.J. Gable, Shaq Cooper and Don Jackson.

Two of the REDBLACKS’ best receivers in 2019 are pending free agents in RJ Harris and Dominique Rhymes. Given Ottawa’s struggles offensively, it was truly an impressive season for Rhymes, who notched his first 1,000-yard campaign and averaged 16.2 yards per catch, second only to the Riders’ Shaq Evans.

Harris and Rhymes would be a solid 1-2 punch moving forward if Ottawa can retain their services, but there could be many big names available in free agency including Derel Walker, Shaq Evans and former Bombers receiver Darvin Adams, who has ties to new head coach Paul LaPolice.

Brad Sinopoli is back for another year after signing a two-year deal in November. DeVonte Dedmon, who features as a returner but did draw one start as a receiver, is also set to return in 2020 and could see a larger role on offence, while Rafael Araujo-Lopes managed to crack the REDBLACKS’ lineup before getting injured.

A strong core of Canadian offensive linemen gives Marcel Desjardins plenty of flexibility in free agency, as the offensive line won’t be a top priority for the REDBLACKS. While Nolan MacMillan remains without a contract beyond Feb. 11, there is no shortage of qualified starters at multiple positions across the board, including tackle.

Last season saw the emergence of Evan Johnson and Mark Korte as regular starters, while Andrew Pickett and Alex Fontana could be future starters along the O-line. Alex Mateas, one of the CFL’s top centres, signed a two-year extension in November. Philippe Gagnon provides depth on the inside and Jason Lauzon-Seguin can play both guard and tackle.

Despite starting an all-Canadian offensive line in 2019, the REDBLACKS could target an American offensive tackle in free agency. If so, Derek Dennis, Ryker Mathews and Stanley Bryant would likely top their wishlist.

With 10 of 17 defensive linemen poised to become free agents, the REDBLACKS’ defensive front could have a different look in 2020. On the inside, Michael Klassen announced his retirement in November while Michael Wakefield and Ettore Lattanzio are free agents, though former Lions seventh overall pick Julien Laurent could see a bigger role.

Off the edge, Avery Ellis and JR Tavai co-led the REDBLACKS in sacks with seven, and both are due to become free agents. Both are solid but Ottawa’s defence struggled to generate pressure in 2019, sacking opposing quarterbacks just 28 times despite being on the field a league-worst 60.5 plays per game. Look for Ottawa to try and upgrade come Feb. 11.

Defensively, one of the REDBLACKS’ top priorities will be signing Avery Williams to a new contract. Williams recorded 69 tackles, a sack and a forced fumble in just 11 games, earning team Most Outstanding Player and Defensive Player honours come the end of the season. Williams and Kevin Brown lead a free agent duo of linebackers for Ottawa.

Another bright spot on defence for the REDBLACKS was 25-year-old Jerod Fernandez, who was named the team’s Most Outstanding Rookie after emerging as a regular starter. Fernandez had four games of seven or more tackles and forced two fumbles in 11 games, including 10 starts.

The REDBLACKS will have to decide which free agent defensive backs they want to return in 2020, as Sherrod Baltimore, Anthony Cioffi and Jonathan Rose headline a list of potential starters that could become free agents. Cioffi built on a solid rookie season last year, recording 61 tackles, two sacks and two interceptions, while Jonathan Rose was held to just three games and nine tackles. Sherrod Baltimore had 29 tackles in 16 games, but only started 10.

Antoine Pruneau is a lock at safety while Corey Tindal and De’Chavon (Gump) Hayes had solid seasons and are both primed for starting roles in 2020. Ottawa’s defence had a tough season statistically, allowing opposing quarterbacks a league-high 107.1 rating — but it’s unfair to pin that entirely on the secondary.

After his record-breaking rookie season, Lewis Ward came down to earth a little bit in 2019, making 43 of 50 field goal attempts. His 86 per cent success rate tied him for fourth in the league with Justin Medlock despite a 34.9 average yards per attempt — the highest in the three-down game.

The REDBLACKS have split punting and place kicking duties between Ward and Richie Leone, and both are scheduled for free agency on Feb. 11. Leone’s average of 48.4 yards per punt in 2019 ranks him second in the CFL behind only Saskatchewan’s Jon Ryan. Across the board Ottawa’s special teams were among the CFL’s best last season.