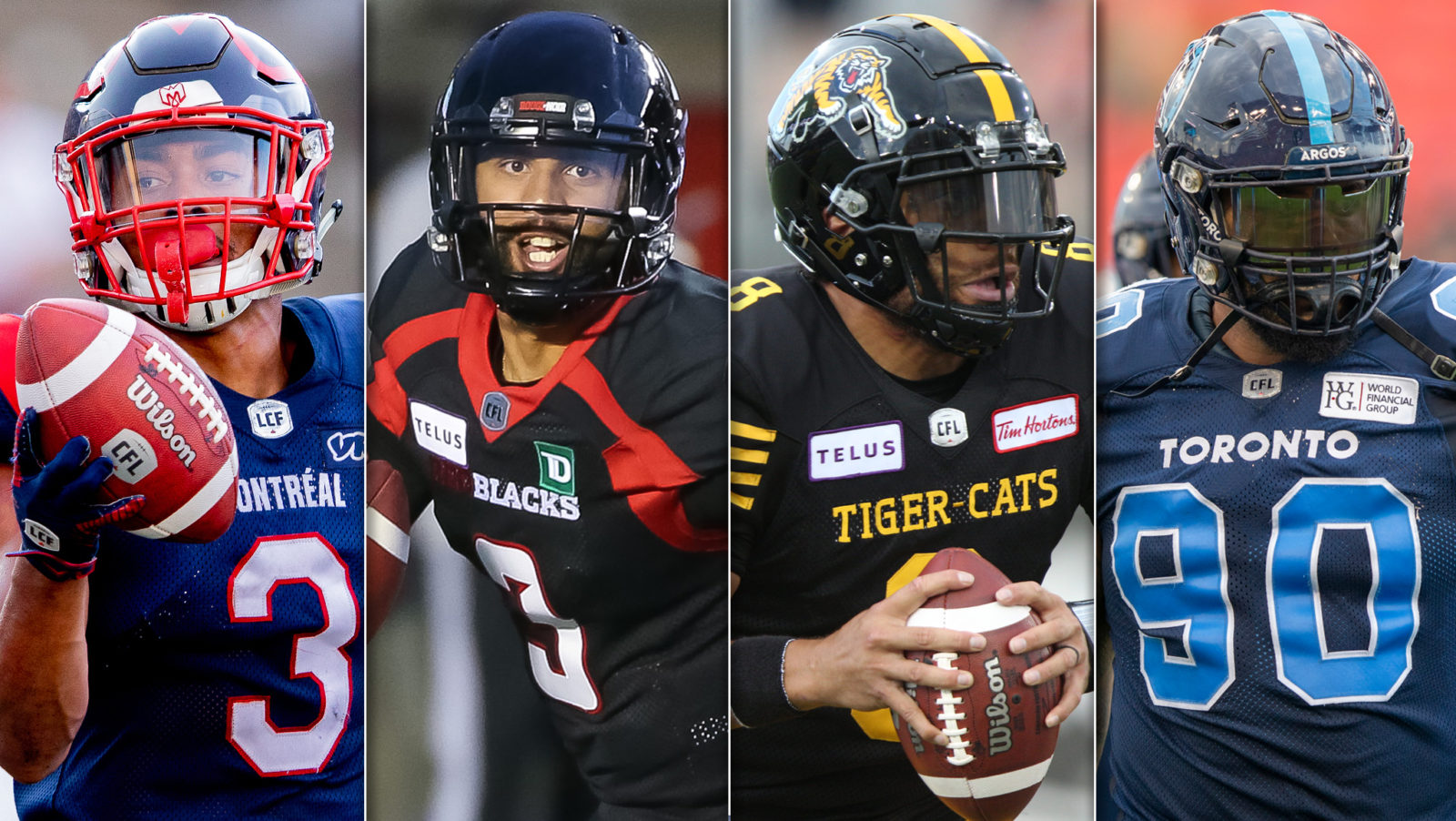 The two-month countdown can begin to 2020 CFL Free Agency.

Teams will have to set their priorities, access their depth, crunch the salary cap numbers and devise their plan to make their team better.

And as we start our look around the league with the East Division, you have two teams that will want to upgrade a lot of positions and two teams that will likely have some players looking for some more money after decent years, especially in Hamilton after a 15-3 record.

With so many one year contracts there will be plenty of options come February for teams to upgrade, enhance or patch together a roster for 2020.

Let’s start with the team with likely the toughest road ahead and that’s the Hamilton Tiger-Cats. 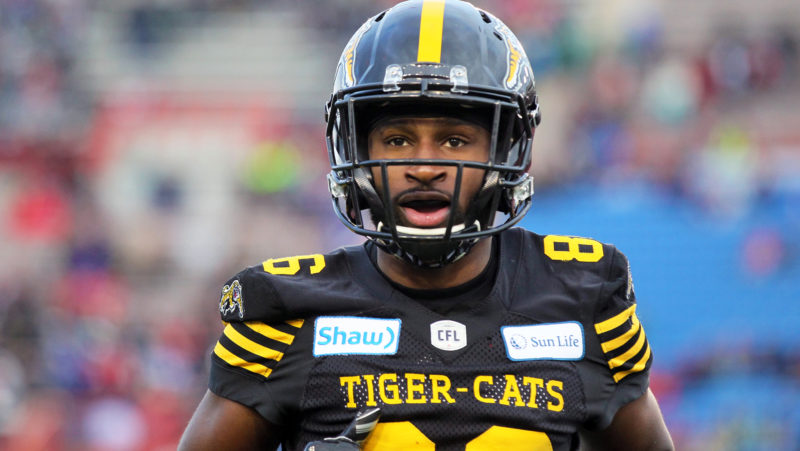 The co-GMs in Hamilton start into their offseason plan with three of their starting offensive linemen, a quarterback in Dane Evans that proved he can lead a team, and playmakers in Brandon Banks and Jaelon Acklin. The Tabbies have a pretty good up and coming depth as well with Jesse Gibbon on the offensive line and Marcus Tucker in the receiving corps. Running back Sean Thomas-Erlington showed he can produce in the backfield when healthy, and Maleek Irons will look to make a jump in his second season in the league. Added bonus: they’re both Canadian.

Of their potential free agents, Jeremiah Masoli will likely have to sign an incentive-laden contract due to his injury history. After Dane Evans climbed into the starting role, Masoli may get some opportunities in Ottawa or Toronto to give those teams a boost. Bralon Addison‘s price goes up after an impressive season but with Masoli’s contract potentially offering a little more flexibility, you could see some money freed up for him, though Hamilton will likely have to spend a lot to keep their defensive unit together.

Nine of 12 starters in the Grey Cup are potential free agents with a few of their back-ups as well. This is the biggest headache for the Tiger-Cats because players like Wynn, Davis, Adeleke, Leonard, Williams will see their free-agent price go up. This is why you have to prioritize. With Simoni Lawrence, Delvin Breaux and Cariel Brooks under contract, you have to think the priority to re-sign players will be up front. Dylan Wynn and Ja’Gared Davis will be hard to replace and their play helped the production for those behind them in the defence.

One problem, their agents will all know that their clients will have plenty of suitors around the league for teams looking to upgrade their defence.

For an offence that is trying to grow with Vernon Adams Jr. and head coach Khari Jones, this is not a bad position to be in. Stanback is getting some NFL interest so the Alouettes may move Johnson up their priority list to help in the backfield. Eugene Lewis could be a player you have to make a tough decision on because a big year brings forward more money. And with DeVier Posey, Quan Bray, B.J. Cunningham and Jake Wieneke under contract, the Alouettes don’t have an extremely high priority to invest. If they do re-sign Lewis, who was a key receiver for Adams, it’ll come at the cost of one of the previously listed receivers.

On the offensive line, you don’t like to see too many Canadians and the Alouettes have Sean Jamieson, Kristian Matte and Landon Rice on their list. Although Montreal had done a good job piling up Canadian offensive lineman over the last few years that they could survive losing two of these players, though they’d like Jamieson and Matte back.

Once again, the defence isn’t in too bad of shape in free agency as it’s pretty average for around the league. The Alouettes could likely improve along the defensive line anyway and with John Bowman‘s future up in the air, you have to add his name to the list of departures this offseason. Chris Ackie and Patrick Levels would be tough losses due to Ackie’s national status and Levels becoming one of the best SAM linebackers in the league.

Overall, the Alouettes are in a great position to likely upgrade some holes because they can move on from some bigger contracts within their current salary structure.

Bottom line; if the Argonauts want to overhaul the offensive side of the ball, they can. A tonne of big contracts, veterans and quarterbacks can be gone come February 11th.

You have to think Tyler Holmes, Jamal Campbell and Sean McEwen would be major priorities as starting Canadian offensive linemen. Everyone else isn’t necessarily a must sign. They’re either expensive or getting up there in age and the Argos likely need to go younger. Opportunity knocks for Pinball Clemons as he and John Murphy put together a 2020 roster.

Again you have a few free agents heading into their 30s, giving the Argonauts a chance to enhance some positions. Cleyon Laing, Justin Herdman-Reed and Jermaine Gabriel could rise up the depth chart thanks to their national status. You can never have too many of those leave in free agency.

Another tough thing for the Argonauts will be trying to sell the team to free agents. They need to have a plan of attack and a belief that they can be a contender or they’ll have to overpay to improve some positions on the team and that can get you in trouble trying to patch together some other places.

Quarterback will be priority number one and it’ll be interesting to see how aggressive Toronto is with a few potential candidates out there in free agency.

You can pretty well copy and paste what I wrote about Toronto and just replace the names.

With Dominique Davis and Will Arndt under contract, it’ll be Paul LaPolice’s decision on whether they stick around or if he wants a fresh start. Davis at least has been in LaPolice’s system before and should have a basic understanding. LaPolice also has Matt Nichols, Chris Streveler and Zach Collaros available in free agency, who all are students of his in Winnipeg. That could be a big advantage to build an offence.

Ottawa desperately missed Trevor Harris, Greg Ellingson, Diontae Spencer and William Powell on offence after losing them in free agency. Marcel Desjardins may want to bring some talent back in like he did after the 2014 season. He invested heavily in offensive playmakers and it allowed them to get to three Grey Cups in four years. They also had Henry Burris and Trevor Harris at quarterback for those years. Desjardins is going to have to open the pocketbook again.

I actually like where the REDBLACKS are set up because a lot of the impact free agents are young and up and coming. You can start to see some growth on the defensive side with the potential to sign a key free agent to bolster the unit. I think if they can keep some of these young players together their second year together could show some growth.

And for the first time, we bring up special team free agents as the REDBLACKS see Lewis Ward and Richie Leone as potential free agents. Both players could get looks from down south. Ottawa may need to fill some major holes if one or both players don’t return. They were the most consistent part of Ottawa’s season in 2019.