Offence Intended: Milanovich, Dinwiddie have much in common 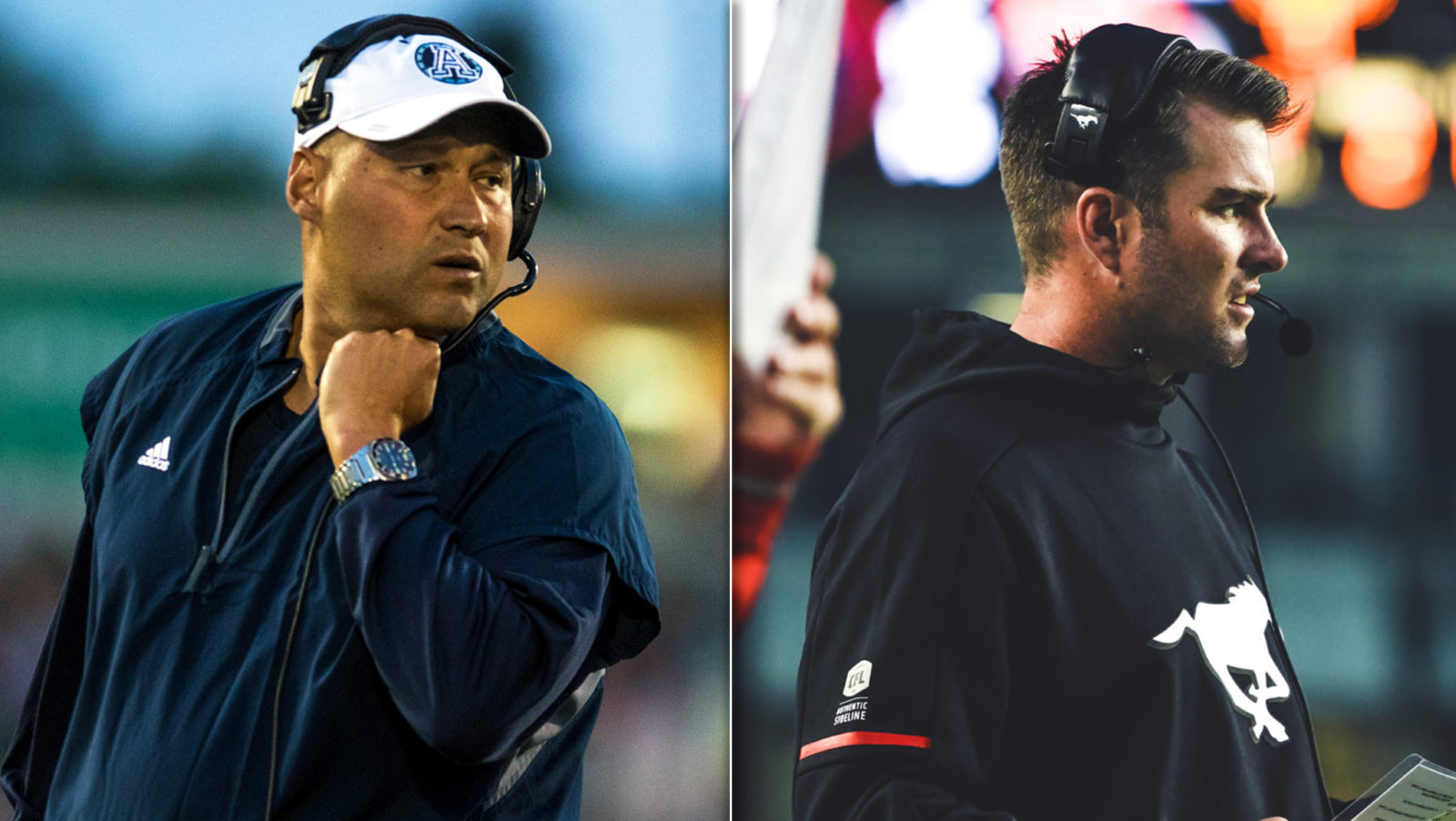 Offence Intended: Milanovich, Dinwiddie have much in common

Most people haven’t started Christmas shopping yet, nobody has their New Year’s Eve plans figured out and none of us have a clue what is going to happen in free agency considering it’s somehow still two full months away.

Yet, the 2020 CFL season is beginning to take shape already after the coaching decisions made on Thursday that fill out next season’s bench boss roster.

While both Edmonton and Toronto made coaching hires with one common goal in mind – to see their new head coach raise the Grey Cup in Regina next November – the decisions appear to have been reached in dramatically different ways.

For the Eskimos, this was about finding the right voice to pair with General Manager Brock Sunderland as he makes that all important first head coaching hire as a general manager while also aiming to find the perfect fit to access the strengths of QB Trevor Harris.

Scott Milanovich – on paper – certainly matches both those criteria and will bring back not just his pedigree north of the border, but new learnings from three seasons spent coaching quarterbacks with the Jacksonville Jaguars. In Milanovich the Eskimos have a name and a presence on the sideline that, when players approach free agency in February, should be attractive. 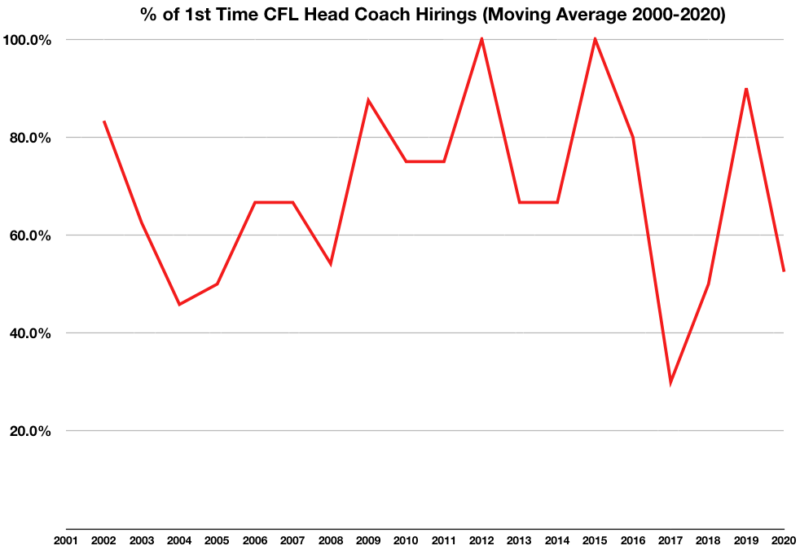 Those same players should be able to look at Milanovich come the regular season and trust that he has been there, seen lots, and accomplished more than enough to lead them past a crossover playoff berth and Eastern Final whooping.

In having CFL head coaching experience, Milanovich is actually one of the few ‘retreads’ in recent CFL history. Part of this is due to the longevity of a Mike O’Shea and Dave Dickenson, part of it might be due to a philosophical change at the executive level in the CFL, and even more might be caused by general managers going outside the box to prove their foresight into the coaching success magic eight-ball is superior to analysts like your truly.

Whatever the reasoning, Milanovich is a return to traditional thinking that teams used to rely on more often. What’s even more rare is the organization that decided to hire him looking for someone with experience.

Despite the fact that Jaime Elizondo was Edmonton’s preferred target and would have qualified for first time CFL head coaching status, Edmonton hired just its first coach with CFL head coaching experience since Don Matthews coached the team some 20 years ago when they hired Milanovich this week. 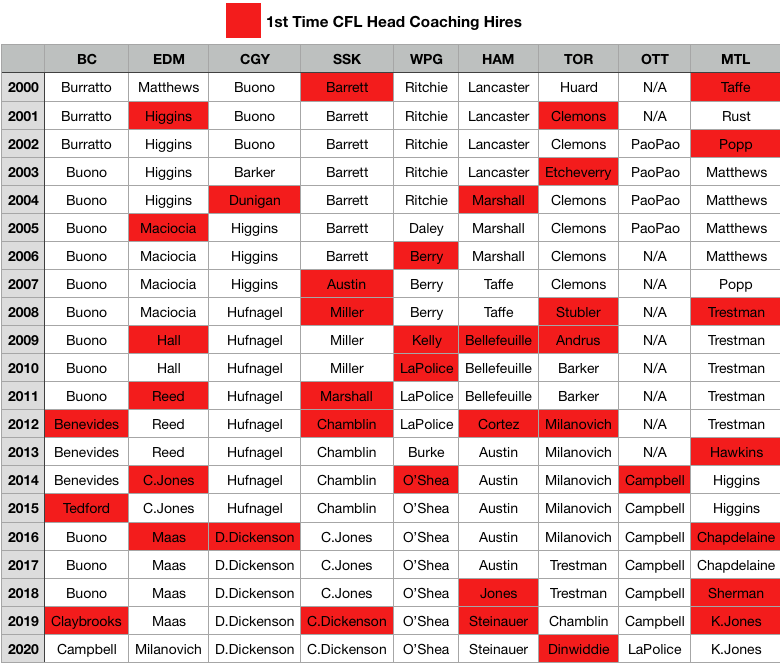 Milanovich spent his early days in CFL coaching bringing tape and handling positional coaching duties for the Calgary Stampeders and Montreal Alouettes quarterbacks before getting his first chance in 2012 to lead the Toronto Argonauts.

It should, because that’s exactly the path that Ryan Dinwiddie has now taken to heading up the boatmen just six years after finishing his playing career.

To me, the Dinwiddie hiring – and the Chamblin firing necessitating it – are all about John Murphy and Pinball Clemons setting a tone for the future of the Argonauts.

In Dinwiddie the Argos not only don’t have a recycled CFL head coach, they don’t even have a man with ‘traditional’ coordinator experience. What they do have is a fast rising, energetic and well-spoken symbol of the future they hope to attain.

Youth by nature brings about hope. The blank slate brought by Dinwiddie is a refreshing reboot for an Argos team badly in need of finding a new direction in order to keep pace with the suddenly front-running Ticats, dangerously developing Alouettes and sure to progress REDBLACKS in the East division. 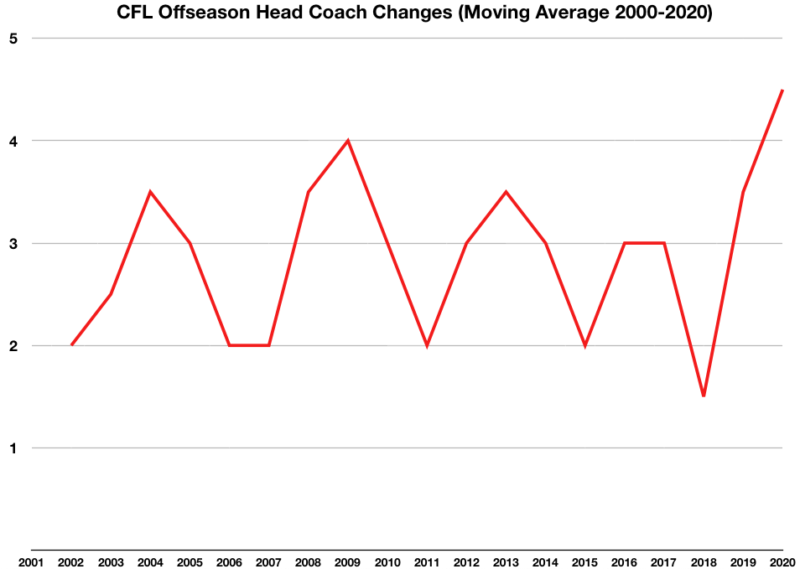 Should Dinwiddie find himself a quarterback and surround himself with the right support system of coordinators who can help develop him, the Argos should be applauded for taking a risk and thinking outside the box in an attempt to get ahead of the curve.

They followed a similar path, come from different backgrounds, will approach the game in their own unique way and will be up against it to take down strong teams inside their divisions, but one thing is for sure: The Esks and Argos just laid the framework of an extremely intriguing 2020 CFL season.