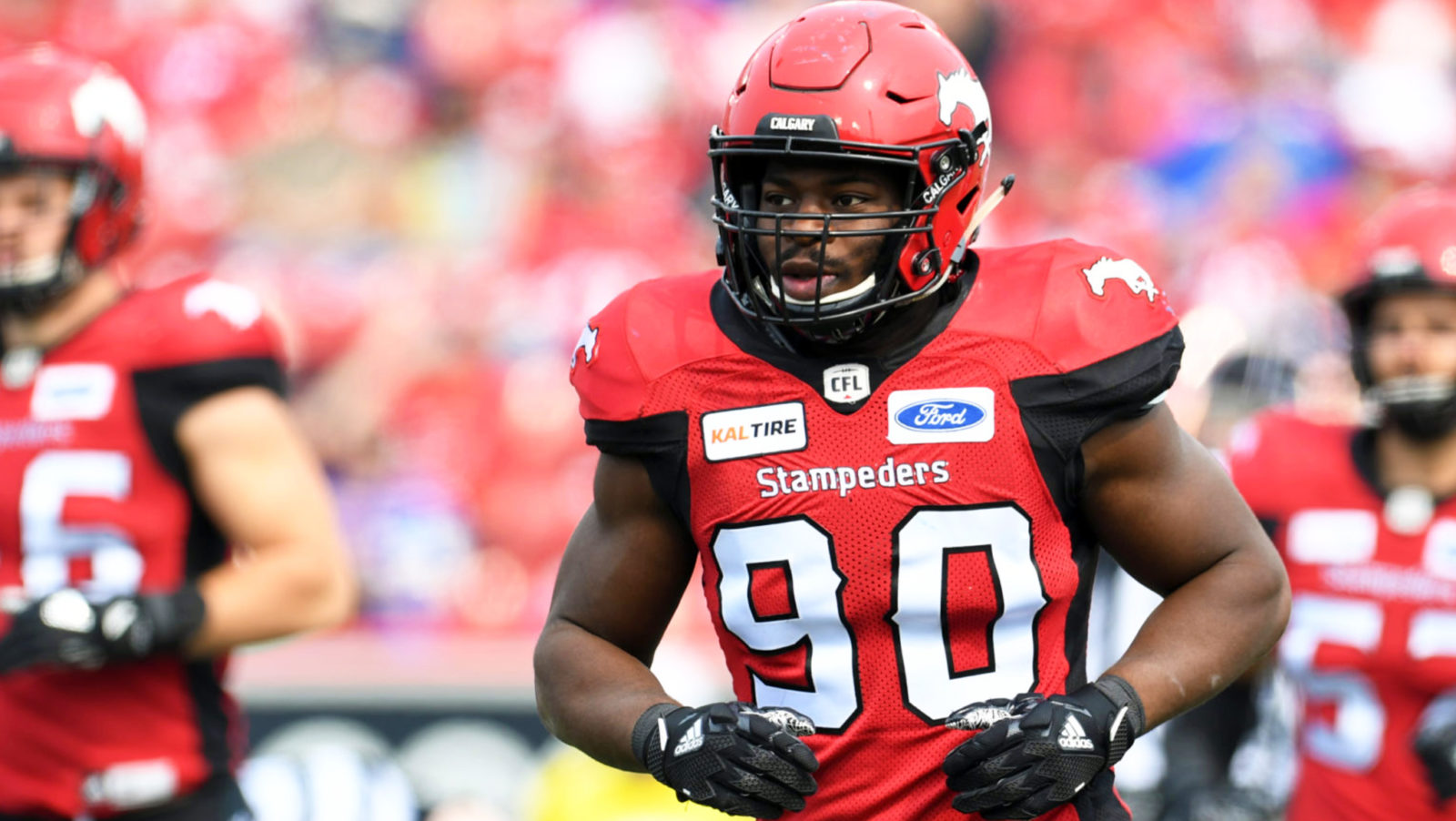 CALGARY — The Calgary Stampeders have agreed to a contract extension with American defensive lineman Folarin Orimolade.

Orimolade appeared in 10 regular-season games as well as the Western Final and Grey Cup as a rookie in 2018 but suffered a quadriceps injury in the Stamps’ first pre-season contest in 2019 and was sidelined for the rest of the year. The 24-year-old Dartmouth alum is now healthy and is expected to be ready for the start of 2020 training camp.

“We had high hopes that Flo would be an important contributor to our defence this past season and his injury was a disappointment for everyone,” Stampeders president and general manager John Hufnagel said in a statement. “I know Flo worked very hard to rehab his injury and look forward to seeing him at full health in training camp as he gets his career back on track.”

“Thank you to my Lord and Saviour Jesus Christ and all the Stampeder coaching staff and Huff and the Stampeder front office for sticking with me through a tough year with injury,” Orimolade said. “And I’m very grateful for the opportunity to come back to Calgary where it all started in the CFL for me. I am looking forward to a great healthy season and winning another Grey Cup!”

The Washington, D.C., native signed with the Stamps on May 11, 2018, after attending training camp with the National Football League’s Los Angeles Rams in 2017. At Dartmouth, he was the Ivy League’s defensive player of the year in 2016 and when he finished his collegiate career he was second on the Big Green’s all-time list with 23.5 sacks.