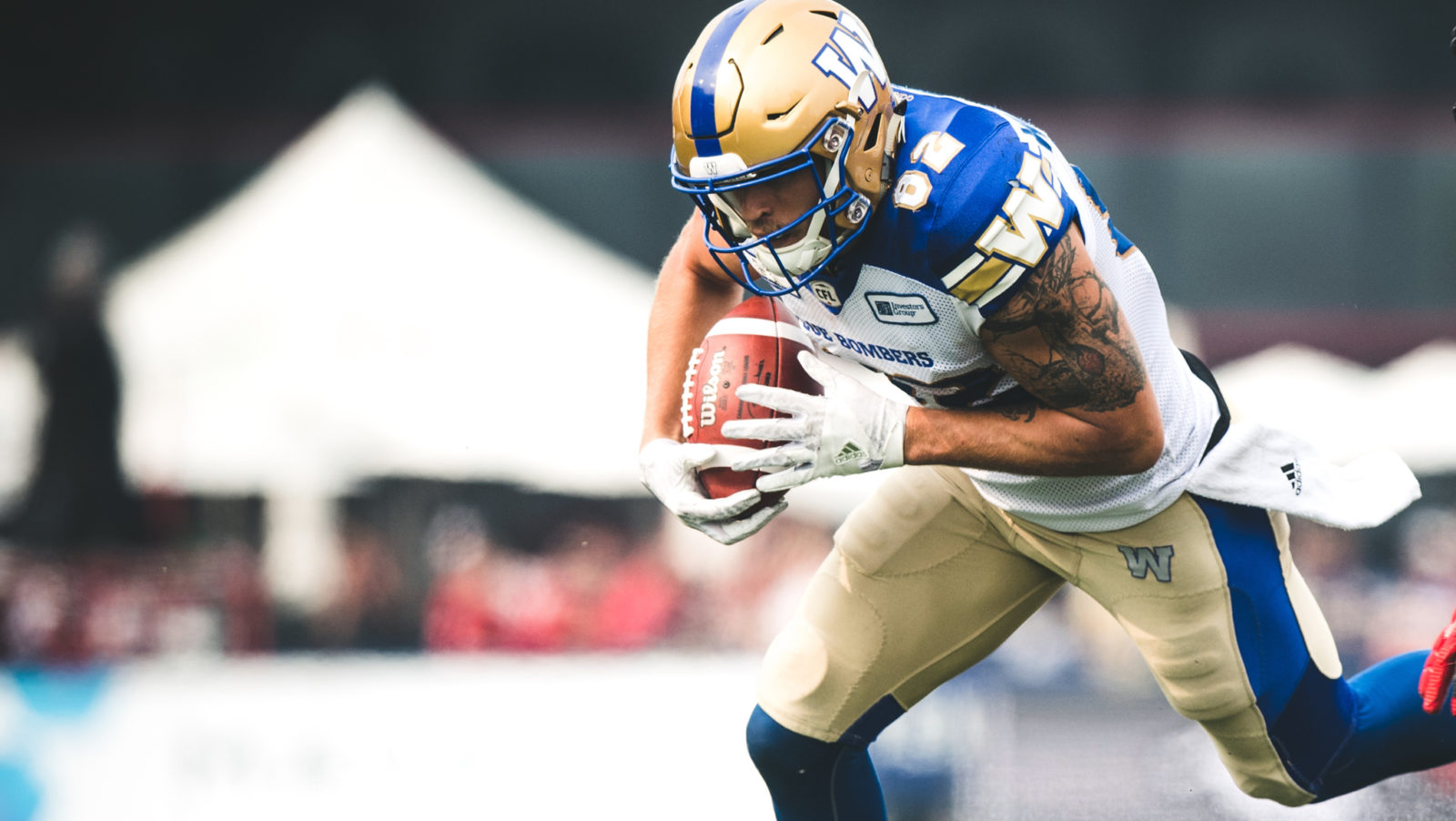 WINNIPEG — The Winnipeg Blue Bombers have signed Canadian receiver Drew Wolitarsky to two-year contract extension, the team announced on Sunday. Woliltarsky was scheduled to be a free agent in February.

The six-foot-two, 226-pounder will be entering his fourth season with the Bombers in 2020 after being selected by the club in the CFL Supplemental Draft on June 27, 2017. Born in California, Wolitarsky is classified as a national in the CFL as his mother is from Montreal and he provided the necessary documentation to qualify as Canadian.

He started 17 regular season games for the Bombers in 2019, pulling in 33 passes for 361 yards and four touchdowns and adding eight receptions for 118 yards in three post-season contests.

He posted his best numbers in 2018 with 45 receptions for 650 yards and five touchdowns, his yardage total second only to Darvin Adams on the team. His 650 receiving yards that year were also the most by a Canadian receiver for the Bombers since Gerald Wilcox in 1995 (69 catches for 1,024 yards). Wolitarsky made his CFL debut in 2017 and dressed for five games that season.

Wolitarsky played his college ball at Minnesota and upon graduation, was tied for eighth spot in all-time receptions (130) and ninth in receiving yards (1,749). He was named an All-Big Ten Third-Team All-Star and Academic All-Big Ten as a senior.