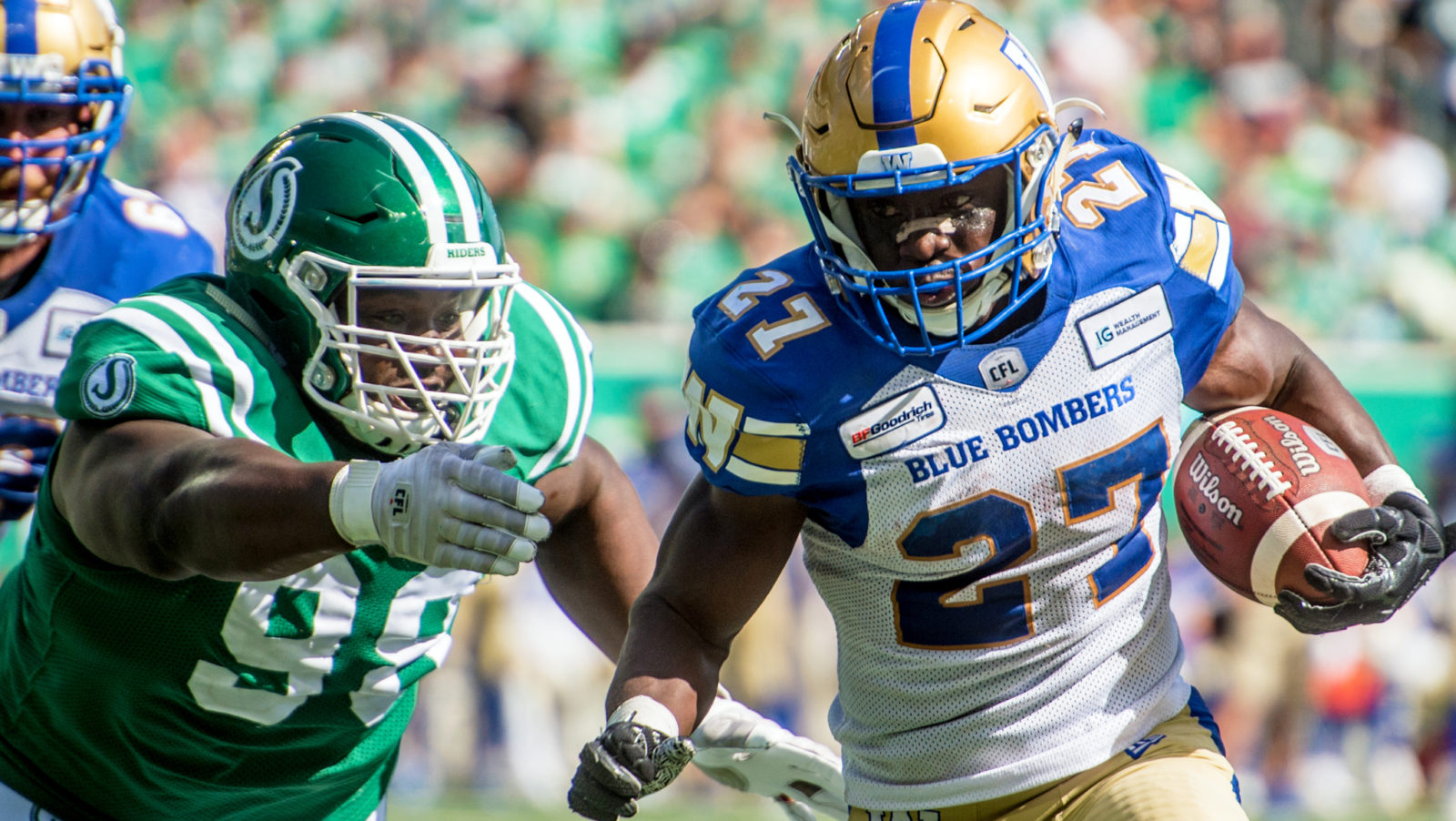 WINNIPEG — The Winnipeg Blue Bombers have signed Canadian running back Johnny Augustine to a two-year contract extension, the team announced Friday. Augustine was scheduled to become a free agent in February.

He played in 16 regular season games for the Bombers in 2019, rushing 38 times for 242 yards and adding six receptions for 92 yards and a touchdown.

Augustine played five seasons with the Guelph Gryphons, rushing for 2,742 yards and 28 touchdowns on 483 rushes. In his senior year, Augustine rushed for 690 yards and nine touchdowns on 122 carries.