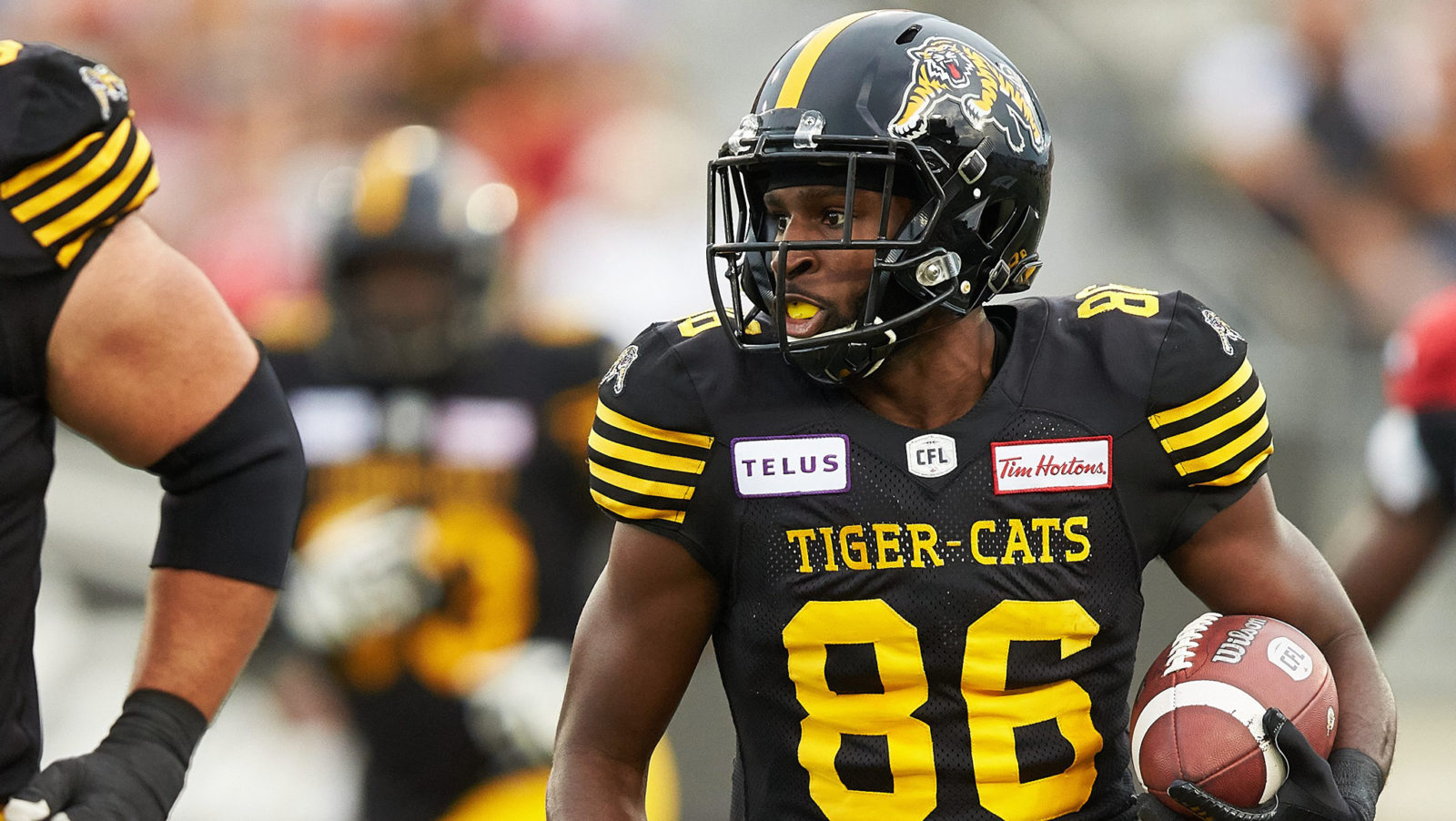 HAMILTON — The Hamilton Tiger-Cats announced Thursday that the football club has released American wide receiver Bralon Addison so he can pursue opportunities in the National Football League.

Addison was slated to become a free agent in February.

The 5-9, 197-pound native of Missouri City, Texas also added 36 carries for 218 rushing yards and a rushing touchdown and was named a CFL All-Star for the first time in his career. His 95 receptions tied Tony Champion (1989) for the sixth-best single-season total in Tiger-Cats’ franchise history.