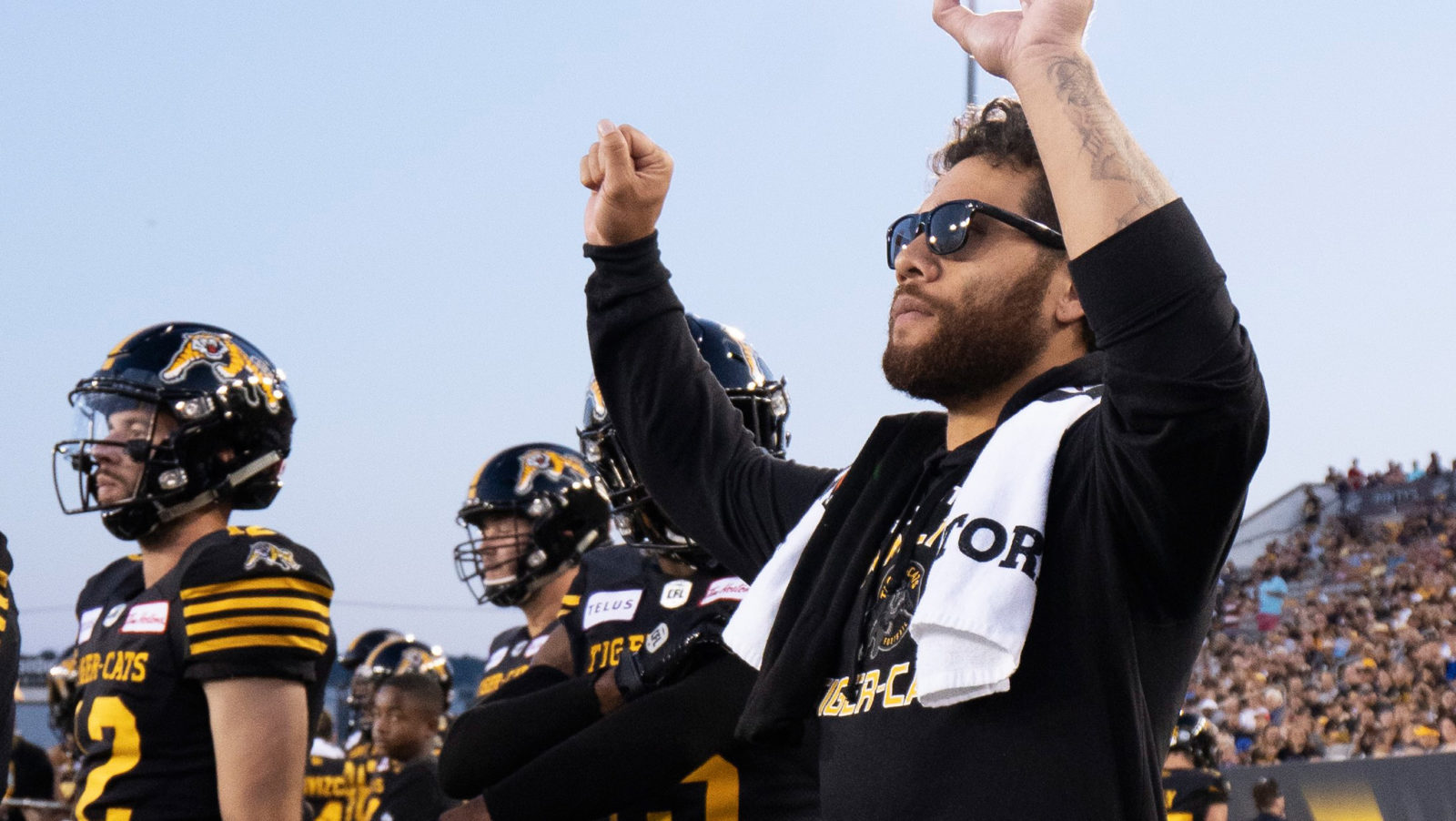 HAMILTON — Heading into the off-season, the Hamilton Tiger-Cats had plenty of pending free agents on their roster.

From receiver Bralon Addison, who was released earlier this week to pursue an NFL opportunity, to defensive lineman Dylan Wynn, there were playmakers with expiring contracts on both sides of the ball.

Arguably the biggest name on that list, however, was quarterback Jeremiah Masoli.

And the team didn’t wait for the calendar to change to 2020 to offer the 31-year-old a new contract, announcing the parties had come to an agreement on New Year’s Eve.

“I wouldn’t read too much into it,” head coach Orlondo Steinauer told TSN1150’s Marshall Ferguson on Friday when asked about the significance of the timing of the announcement.

“There’s always a process to go through. We were actively in communication with Jeremiah and he needed some time for himself, and obviously for his agent and his family, just to kind of digest where they were at and where they wanted to go. We respected that and if we could get something done before the new year, we made a point to say, ‘let’s not drag this out’ or if this isn’t the direction we’re going to go.” 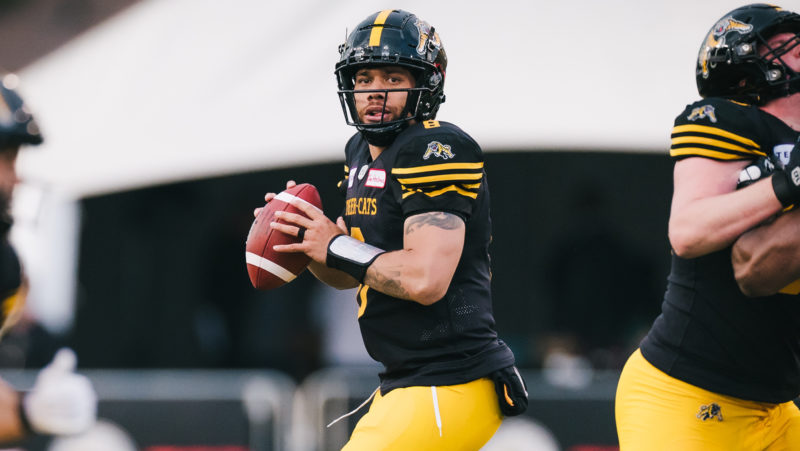 Jeremiah Masoli will return to the Tiger-Cats in 2020 (Johany Jutras/CFL.ca)

Masoli played just six games in 2019 before suffering a season-ending knee injury on a non-contact play against the Winnipeg Blue Bombers. Through six games, the five-foot-eight, 228-pounder was ranked second in the league in passing touchdowns (nine), third in completions (125) and passing yards (1,576), and was tied for fourth in rushing touchdowns (four).

In Masoli’s absence, it was the 26-year-old Dane Evans who took over under centre. He ended the regular season with 3,754 yards and 21 touchdowns through the air and added three majors and 161 yards on the ground. Evans helped lead Hamilton to a franchise-best win record and a Grey Cup appearance.

The pair had become close throughout the season, as Masoli worked with Evans from the sidelines and in the film room, and Steinauer said that was a big part of development for Evans as well as a breeding ground for competition.

“I think it’s extremely important,” Steinauer said of the relationship between the two pivots. “I think it bodes well for everybody. But at the same time, you have two competitive people and I think deep down in their hearts they both want to be starters and I don’t think there’s anything wrong with that. It’s called competition.”

And that competition could carry into training camp this spring.

Steinauer says that, assuming Masoli is healthy enough to be cleared to play, both pivots will get the chance to show the team what they have as they compete for the starting role.

“I think it’s going to be a great competition to see how it plays out,” the Ticats’ bench boss said. “But again, to predict how it’s going to go exactly, that’s one thing. You could start off camp healthy, and not end camp healthy, right? There’s so much more that goes into it than just saying, ‘you’re the starter.'”

Masoli is well on his way to recovery, after undergoing successful surgery following his injury.

“He’s doing well,” said Steinauer of Masoli’s health. “Until he can do everything, as far as full lifting and full sprinting and cutting and those things I think that’s when the real tell will show.

“But in the meantime, reports are fine. I think he’s on a good schedule and we’ll see how that proceeds as we go down. It’s too early to tell or make any type of predictions of where we’re at.”

Now with one of the biggest names checked off their pending free agent list, the Ticats can get to work on the rest of them before contracts expire on February 11.