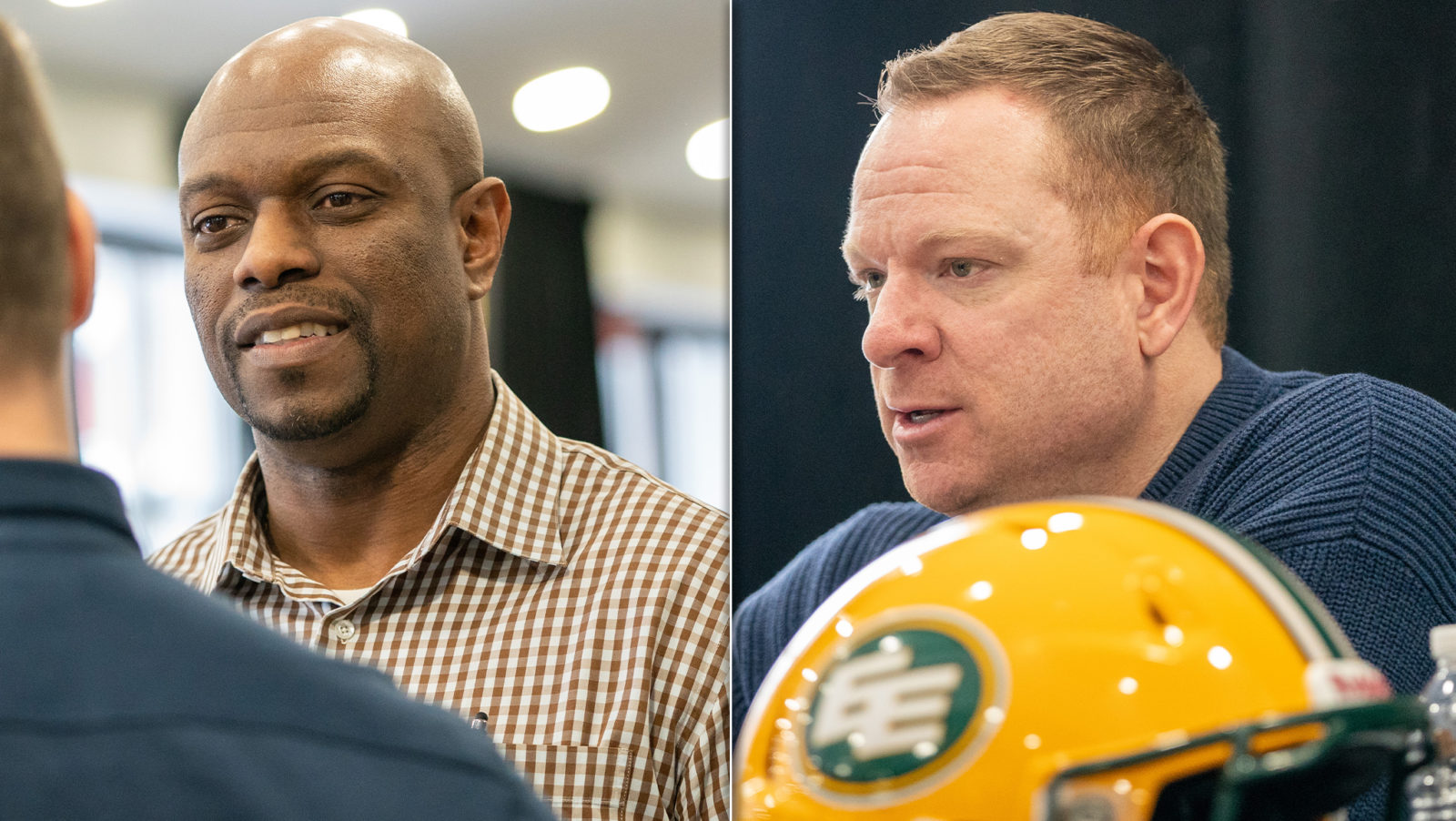 TORONTO — We’re just over a month away from the opening of 2020 free agency in the Canadian Football League.

With the off-season in full swing, team personnel from the various CFL organizations converged on Blue Mountain in Collingwood, Ontario on Tuesday for the annual CFL GM Meetings.

CFL.ca senior writer Chris O’Leary sat down with several coaches and front office staff to talk about the major storylines surrounding their respective teams heading into free agency and the 2020 season. 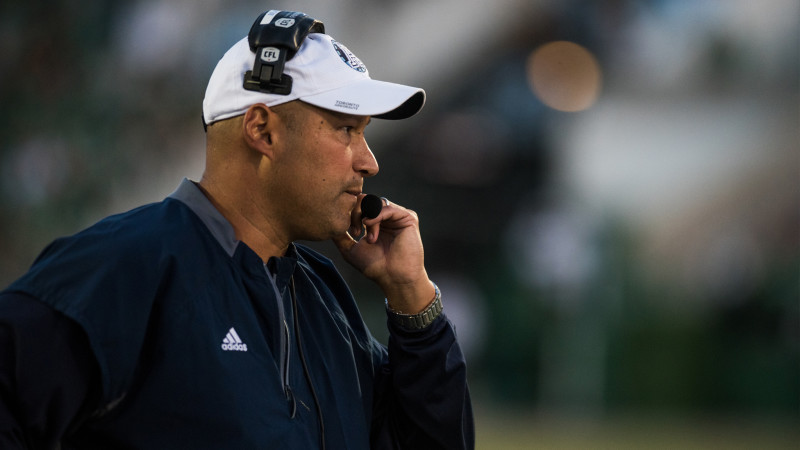 “Yeah, I look for guys that are able to teach, first and foremost. A lot of people know football, but if they can’t get the players to know what they know, then that doesn’t do us any good. So, first of all, you gotta be able to communicate with players and that’s teaching. Then I think there’s going to be a degree nowadays of having to be able to relate to today’s modern athlete in a different way than we did it 40 years ago. And that’s not to say you can’t still push on and be hard on them. But I learned from Tony Dungy when I played for Tony in Tampa Bay, that you can do that and still have relationships with their coaches.

So I look for guys that have that ability that aren’t just dictators. And then I look for guys that have a little edge to them. And that’s a good thing, but they still have to understand that the good of the team has to come before whatever they think is the most important thing. So finding and putting together — because a lot of them are former players — finding putting together those different egos that fit and care about the ultimate goal. That’s the hardest thing is getting all those things together.”

– Scott Milanovich on what he looks for when hiring assistant coaches

“It was a great experience. I was in Germany, I played in Berlin. And then I coached in Dusseldorf and in Cologne, and Germany loves NFL football. And not since I’ve, you know, both the Jaguars have been out to London every year. I know back then, in my mind, it wasn’t just a developmental league, it was also for the NFL to grow the brand globally. And I think that’s a good idea. There’s good players; There were good players on our team from Germany. There was one from Japan, there was I think some guys from Australia, some English guys. So there are good players over there, and I understand why they’re trying to do that.”

– Scott Milanovich on his experiences in Europe; CFL 2.0 initiative

“I was able to talk with Gary Stern. He seems like the right owner for the team, he really does. He’s just very passionate about the game. He wants to win right now — which I love — and he knows how he wants to go about doing things. Yeah, I’m very excited, very excited. It’s nice to have, you know, that box checked off. And one of the things that you know, kind of quite a bit hanging over the team is has been taken care of, and then it’s easier for everything else to fall in place.”

“I don’t know, I don’t, I don’t really feel like I have a fear of the unknown. And I feel like a lot of this I knew what was happening because of the on-field product and what we were able to do together. So I had a lot of faith and that everything else would take care of itself. And it’s looking that way now, things are starting to fall in place. I think this whole thing is, I mean, sometimes a leap of faith and you have to just trust in the powers that be that it’s going to work out. And that’s what I did when I signed this contract. I knew I wanted to be in Montreal and that was first and foremost and so with the guys that we have, and with the city and all of those things, it was a big decision for me because I thought that we have something special.”

– Paul LaPolice on what Ottawa has to offer to free agents

“Yeah I called and spoke to him about a half-hour ago. I talked to him the night of the trade for about an hour and had a good conversation. He’ll be out in a week or so and I’m going to go sit down and talk to him.” 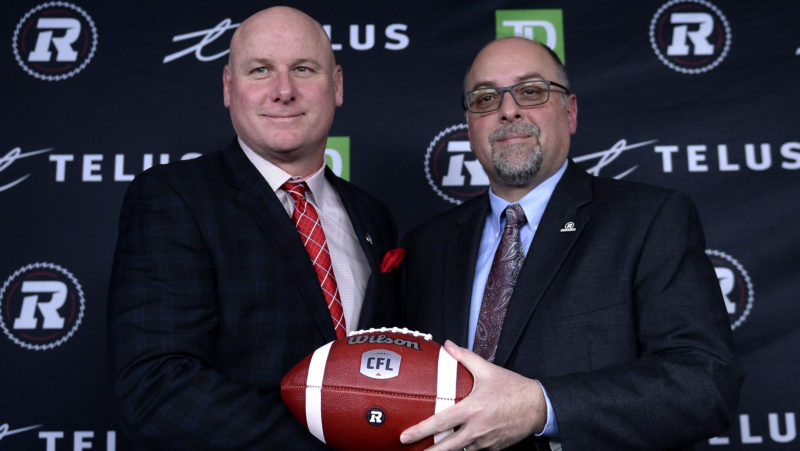 “It’s gonna be a limbo here until free agency. We’re gonna look at free agency with guys we could sign and we’re going to go through and rank those guys. I’ve already ranked them. They already have the rankings. (I’ve) put that together. See how it goes and there’s two guys on our roster now that I really, really believe it. (Michael) O’Connor is a young guy. He’s got a ways to go. You don’t want to throw young guys in the fire too quickly or you burn them out. And then I like McLeod (Bethel-Thompson). I thought McLeod did some good things last year, obviously put up really good numbers.”

“I’m just really just trying to find out a feel for the roster. Evaluate some of those guys are and go through the free-agent list which guys might fit which guys we like to fit in there. So and then really been phone call like crazy trying to hire the right guys. The last month I’ve gotten on the phone. I probably talked to probably 100 coaches and really I feel like it’s going to get done here in the next week we’ve got to come to the numbers agreement with a few guys. I feel really good about the staff and that’s been my main focal point now and then free-agency will be next and then, you know, installing our schemes.”

“Yeah, I think the process of the last few weeks since the hiring have been really smooth for us. The familiarity that I have with Rick has gone a lot further than I probably imagined it was, even though I thought it would be good because I obviously knew him. But this is the first opportunity to work with him and his knowledge and understanding of the roles and the processes that go into his responsibilities have been refreshing. It’s provided comfort from myself just knowing that he’s an experienced coach that has been around the block more than several times and has a championship pedigree. And to go along with that, I’ve known him for over two decades. Yeah. So I rarely say that I’m happy about things, but I’m very happy about where we are, you know, the opportunities that we have to build a team together and I’m looking forward to that.”

– Ed Hervey on the hiring of Rick Campbell

“I think there’s gonna be some changes. We have 30-plus free agents on our team. This is a matter of who fits what is A lot of coaching changes that we had this year, I’d imagine it’s just going to be a round-robin of guys moving around but we were able to establish our nucleus; a core group of players. This year, whereas coming out of last season, we were heading into collective bargaining agreement with everyone going into contracts, expiring contracts and we weren’t sure who the quarterback was going to be. We knew who we were going to target but the decision was there was a lot of that there was so many unknowns.

I feel like, despite our record, we’re much stronger this year, going into the year because we have established a core group of players and we have some young players that have have a bitter taste in their mouth from last season that are about to come back better.”

– Ed Hervey on the Lions’ expectations heading into free agency

“The biggest challenge was just not knowing if he wanted to leave the NFL. He was at the top of the list but with an asterisk of does he want to leave? So the biggest thing was if Jacksonville was going to be on board with allowing me to speak with him because they’re still right in the middle of the season. So luckily for me, for the organization, for Scott, they were phenomenal. David Caldwell and Doug Marrone were unbelievably good to work with, they were classy, and they were very helpful. So that allowed the timing to go much better. So as soon as we got permission, and I got the flight and from there, it was pretty simple.”

– Brock Sunderland on the process of hiring Milanovich as Esks’ HC

“Yeah, it was very easy like, it was a cool interview, but it really was two fantastic conversations, you know. He picked me up, drove over to his house and we had a conversation with his 180-pound mastiff’s head in my lap out on his balcony, just talking ball. This is to two football junkies talking football talking philosophy because I knew him and I know what he’s about as a person. It was just kind of us making sure that we aligned philosophically on how we want to run things and all those things. So the X’s and O’s he’s been a head coach. He’s had success as a head coach. So that was all easy.”

– Brock Sunderland on meeting with Milanovich at his home

“I want to win a Grey Cup. Yeah, I mean, that’s what everybody wants. I’ve never shied away from saying that our goal is to win the Grey Cup. I’m not saying we’re going to there’s no benchmark we would have to win this. Yeah. Closer this and that. But every year going into what our goal unequivocally is on the Grey Cup. So that’s the goal. That’s why I flew to Florida that’s why you know we went through the steps of getting permission from Jacksonville. It’s why Scott didn’t sleep for three weeks while he was coaching quarterbacks and doing his responsibilities for them while also moving stuff for us. Yeah, that’s that’s the goal. That’s why we’re all in this.”