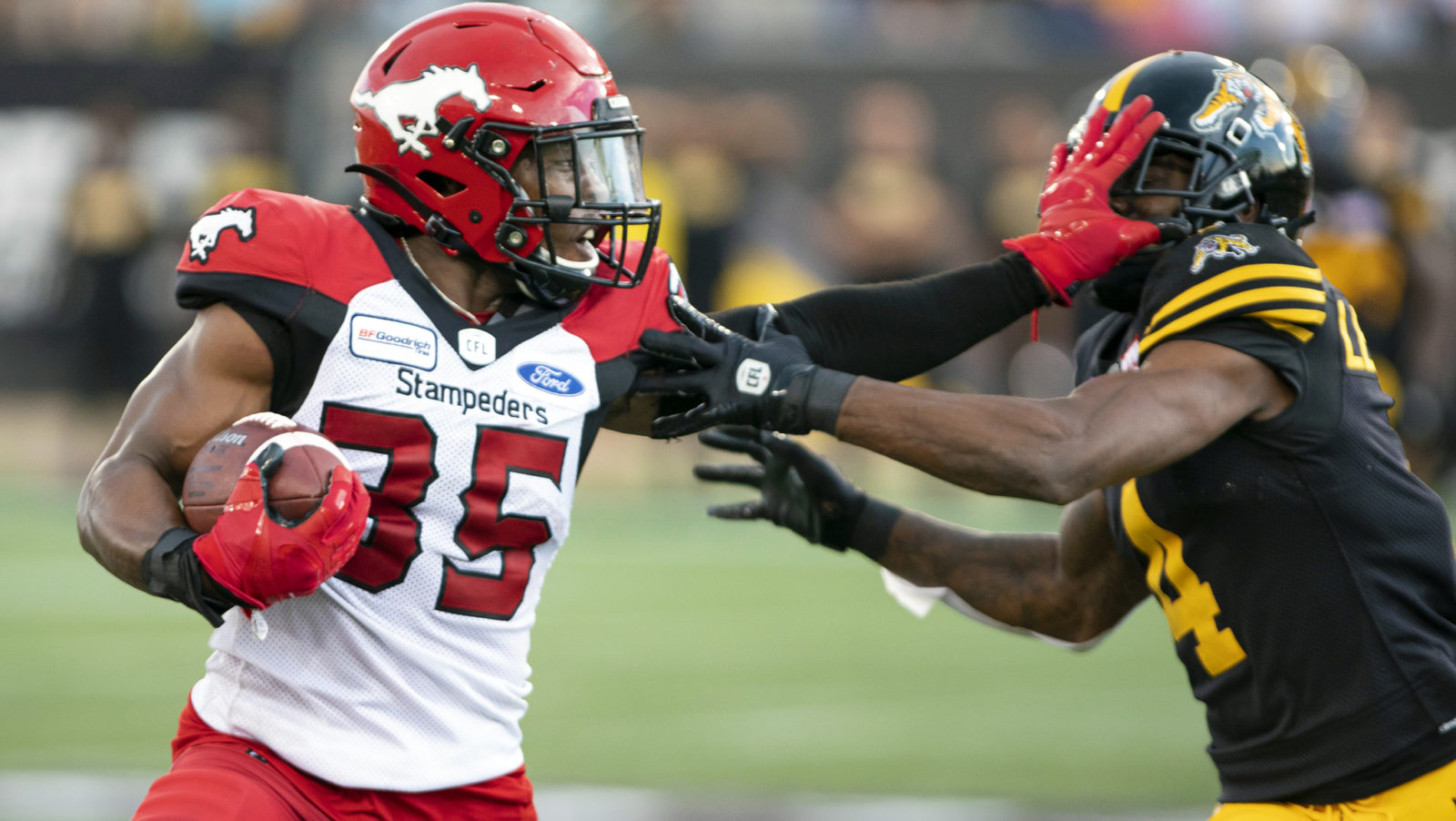 The Calgary Stampeders have signed American running back Ka’Deem Carey to a contract extension that will keep him with the Red and White through the 2021 season.

In 2019, his first CFL season, Carey saw action in eight games including seven starts. He compiled a team-leading 422 yards on 75 rushing attempts for an average of 5.6 yards per carry while scoring two touchdowns. The University of Arizona product also had 15 catches for 134 yards and one score.

Carey’s most productive rushing game of the season was a 143-yard performance in a Labour Day Classic victory over the Edmonton Eskimos. He missed the final five games of the regular season as well as the Western Semi-Final with an arm injury suffered in a Week 15 contest in Toronto.

“Ka’Deem is a talented and experienced player who performed well for us when given the opportunity last season,” said Stampeders president and general manager John Hufnagel. “I look forward to seeing him at full strength and health in training camp as he competes for a key role in our offence.”

“I’m very excited,” said Carey. “This organization and this city are a perfect fit for me and I’m so happy to be here for the next two years. I get to play in front of the best fans in the CFL, play with the best quarterback in the league and work with a great coaching staff. I’m training hard to play 21 games this coming season and give it my all for a run at the championship so that we can continue this organization’s tradition of success.”