NORRKÖPING, Sweden — Defensive back William James has been extended an invitation to showcase his skills for Canadian Football League (CFL) general managers, coaches and scouts in Toronto for the CFL Combine from March 26-28.

James was one of 16 players who participated in the CFL Global Combine in Sweden, conducted in association with the Swedish American Football Federation or the Svenska Amerikansk Fotbollförbundet (SAFF) in Swedish. James joins Finland’s Micky Kyei and Sebastien Sagne who were invited to the CFL Combine following the Finnish Global Combine. 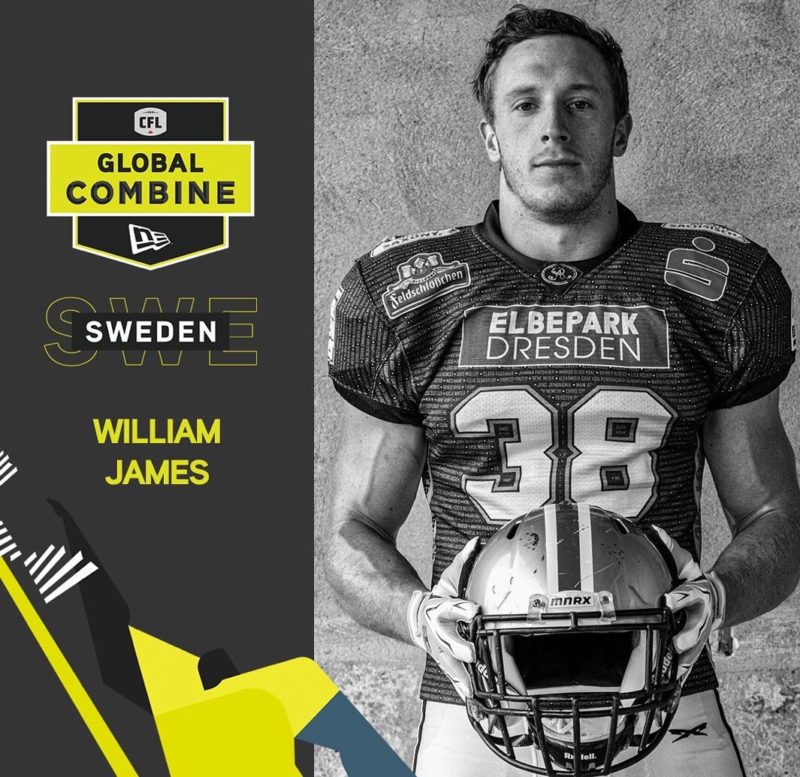 “SAFF were gracious hosts and conducted a well-run combine,” said CFL Chief Financial Officer and Head of Football Operations, Greg Dick. “The opening weekend of the Global Combine tour has showcased the wealth of talent in the Nordic region and we look forward to continuing to meet the best players from around the world.”

“I always knew Sweden had great football players and we are grateful to the CFL for giving the players this opportunity to showcase their skills,” said Minette Rogner, President of SAFF. “I am sure William will represent Sweden in the best possible way!”