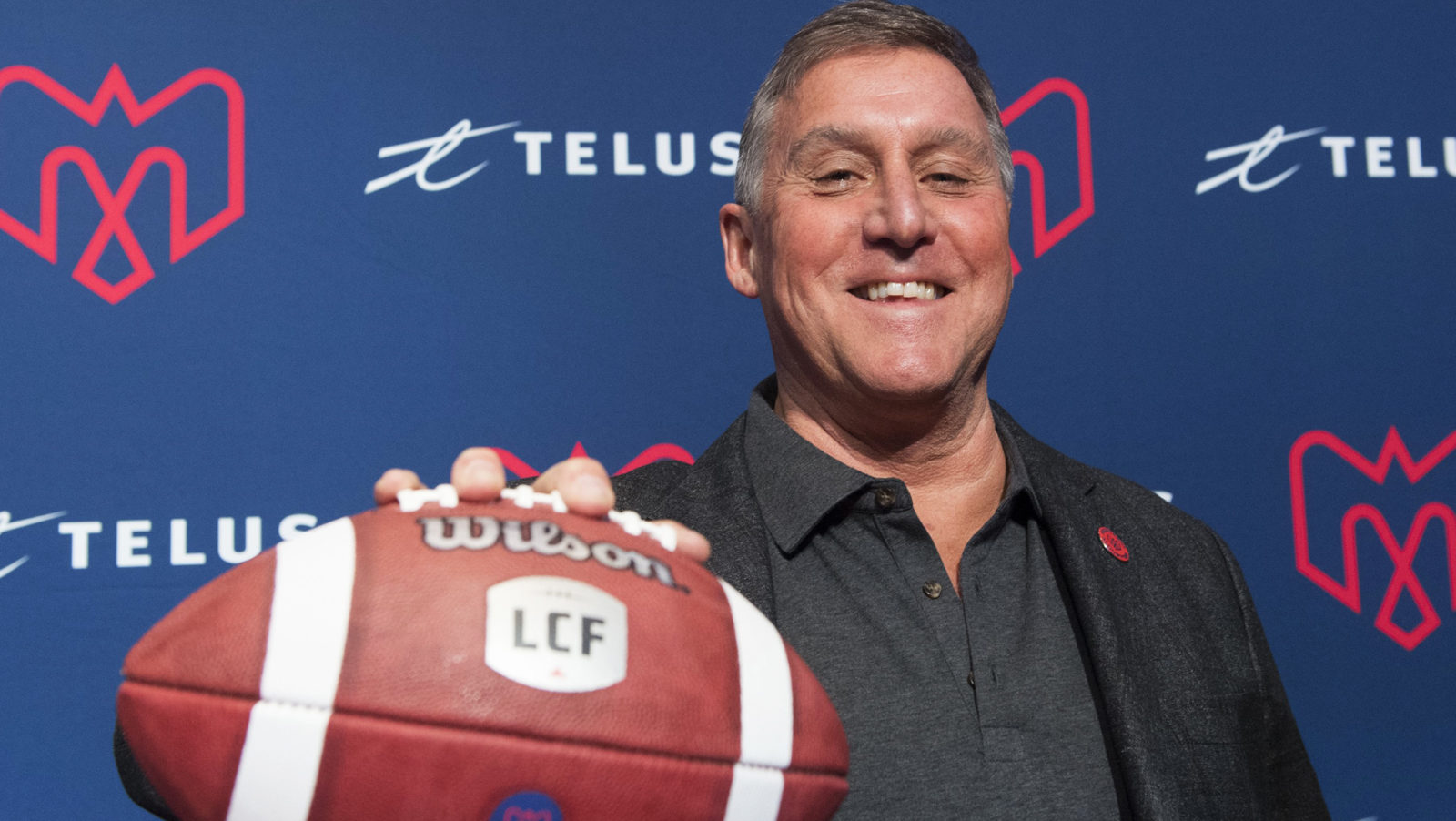 “It’s difficult, please take it the right way and if I say it the wrong way: the Argos suck. Can I say that?”

As a Toronto Argonauts fan and a high school dunce who dropped French after grade nine (Je m’appelle Mathieu. J’ai un chat noir.) you would think I would be upset with the Montreal Alouettes’ new co-owner Gary Stern who gave that answer about why he never considered trying to buy the Argonauts at any point.

I easily could have taken umbrage with his brash assessment of the Double Blue. Maybe write a strongly worded letter (Does anyone do that anymore?) to remind Gary that he should stick to steel and that Toronto has two Grey Cups in the past eight years while Montreal is only now coming out of a run of four lousy seasons behind a quarterback who benefitted from leading all CFL quarterbacks in dropped interceptions by defenders.

My reaction was in fact the opposite, I was thrilled with his words, and I applaud that sort of bravado. I love seeing that kind of a fiery language from owners. It’s fun and sports is supposed to first entertain us. The NBA is always more entertaining when Dallas Mavericks owner Mark Cuban is clashing with authority. Who can forget Masai Ujiri before the 2014 NBA playoffs standing outside the ACC and firing up all the Raptors fans by bellowing “F**k Brooklyn!”? I wish we had more owner-on-owner crime in the CFL.

Now don’t get me wrong, one thing I love about this league is you typically get more beefs between players than in other North American sports leagues, especially when you compare it with the ultra-safe/conservative NHL. In fact I wish Stern had gone further. Why stop at saying the football team stinks? He should have gone after Maple Leafs Sports and Entertainment and reminded everyone that the Maple Leafs haven’t won squat since 1967. Poke fun of Larry Tanenbaum tell the crowd that Rogers delivers a better cable package then Bell Media and that he was put on hold trying to get a Bell technician for over an hour.

Hopefully this will inspire other owners to jump into the ring Battle Royal style. Hey is that David Braley wondering why Bob Young doesn’t have an Order of Canada Award? I’m here for the Edmonton Eskimos Football Club challenging the Calgary Sports and Entertainment Corporation to a spirited game of tug of war with Adriano Belli sitting in the middle of the mud pit ready to smooch all the losers.

Getting back to reality for a moment what pumped me up with Gary’s enthusiasm with his new role within the CFL is that Montreal needed this sort of energy injection and this should help rekindle the rivalry between the Argonauts and the Alouettes. I loved hearing this quote from Stern: “We see this not only as a challenge, but also as something that can be a lot of fun. We commit to them and our players, coaches and front office that we will do everything in our power to ensure this team succeeds. Our goal is to make Montreal and Quebec proud.”

I was delighted to hear Gary say the word “fun.” I don’t want this transaction to just be about business, about identifying value with an eye to turning a tidy profit down the road. Of course the cynic can easily point out that this may all just be strategic platitudes by the new owners in an effort to drum up local support. The other side is that successful people in business generally hate to lose, have a mean competitive streak and will do whatever it takes to win. The rise of Khari Jones and Vernon Adams Jr. was a great story in 2019 but what was missing was a strong ownership group to help foster their growth. It sure sounds like Gary Stern along with Sid Spiegel is committed to getting Montreal back into championship form.

It’s difficult for a rivalry to really feel special when one or both teams are mired in mediocrity. You can’t have true sports stakes when one team is vying for first in the division while the other is looking to lock down the first overall pick in the upcoming draft. Yes Montreal is further ahead from purely a football standpoint but moments like the Alouettes new ownership press conference can only help. I imagine many fans have forgotten just how heated this rivalry used to be when both organizations clashed in the post-season eight times in an 11-year span from 1996 to 2006. Some of those games ended in blowouts as Montreal couldn’t hang with Doug Flutie then later the same was true with Toronto trying to crack the Anthony Calvillo code.

But then there were games like the 1997 Eastern Final that saw Michael Pinball’s brilliant 58-yard catch and run for the winning score in a crazy 37-30 win for the Argonauts. In 2003 Marcus Brady played well stepping in for an injured Damon Allen in the Eastern Final but his team could not overcome Calvillo’s two touchdown passes and even more surprisingly his 35 yard touchdown run that proved to be the game winner as Montreal advanced to the Grey Cup with a 30-26 win.

The last time these organizations met in the playoffs in 2012 marked the final post-season appearance for Calvillo as Toronto won 27-20 in the Eastern Semi-Final. Calvillo would throw for over 300 yards but he also was picked off twice and Montreal’s defence couldn’t stop Ricky Ray (399 yards, TD), Chad Kackert (139 rushing yards) and especially Chad Owens (11 receptions for 207 yards). The following year the future Hall of Famer would play in just seven games before a concussion knocked him out for the remainder of the 2013 season. Calvillo retired soon after. For that time period Toronto versus Montreal was a fantastic inter-provincial duel between two well run organizations that had a genuine distaste for each other.

I’m hoping for a return of that soon, it’s great locally and for the league as a whole. I just need to brush up on my language skills, how do you say “Alouettes Suck!” in French?