O’Leary: A Q&A with Danny Maciocia

O’Leary: A Q&A with Danny Maciocia

You could sense the happiness from Danny Maciocia on Monday, but there was something else there with it, too.

The news of Maciocia being named the general manager of the Montreal Alouettes wasn’t all that surprising. His name had come up more than once over the last year, as the league worked to find new ownership for the team. When the team called its press conference on Sunday, there was almost immediately a report from the Montreal Gazette that followed, saying that Maciocia would get the GM job and that local businessman Mario Cecchini would be named team president.

Given the confidence that co-owner Gary Stern had about those two hires coming when he met with the media last week, there was some time for Maciocia to raise a glass or go to dinner with his family before Monday’s announcement. That’s not the approach he took. 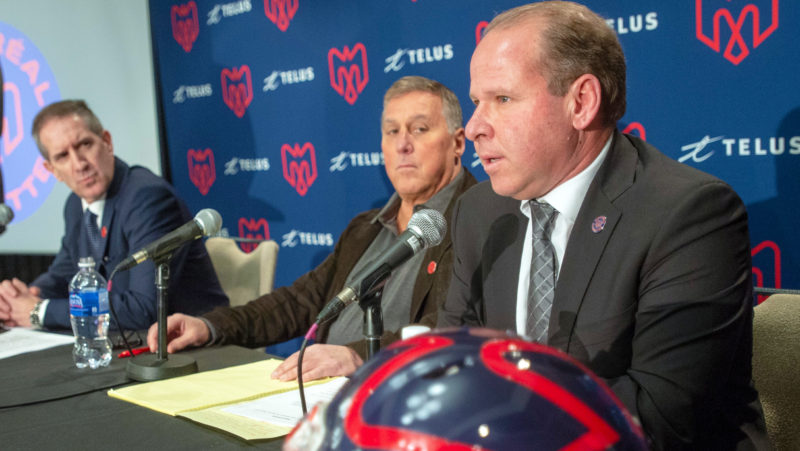 “My 12-year-old had her birthday party, but there hasn’t been any celebration,” Maciocia said on Monday afternoon, a few hours after his introductory press conference had wrapped.

“There’s just so much work here. There’s going to be a point and time but it’s just not going to happen here in the next few days. I’ll put it that way.”

As he indicated in that press conference, taking his dream job is a great thing, but he would have liked to have had that chair to sit in at least a month earlier. In an open interview with CFL.ca, Maciocia detailed the work that has to be done in a short amount of time and what it would mean to him to bring a Grey Cup back to his hometown.

Chris O’Leary: When I think about you taking this job, I think about how you started with the Als, taking an unpaid or very low-paying job and working your way up. Does this feel like a full circle moment for you?

Danny Maciocia: Oh, absolutely. We’re talking about 24 years ago, when I was in that role that you mentioned that I occupied for a couple of years. My stay lasted six years here with Montreal before I headed out to Edmonton. I always thought about coming back here and occupying some role in some capacity at some point.

Unfortunately I didn’t think it was going to take about 18 years but that’s what it took and the timing is right for many different reasons. For the organization, for the new ownership group and for someone like myself that’s 52 and had a little bit of a run at the University of Montreal. This is the kind of challenge that I’m looking forward to.

CO: Your time in Montreal with the Carabins has coincided with some really difficult times for the Alouettes. What was it like for you to be in the city and to watch them go through the post-Anthony Calvillo years, the losing seasons and the departure of the Wetenhalls?

DM: It was disappointing, it truly was. I was a season ticket-holder for the Montreal Alouettes, I watched a lot of games. There is a history here for this football team. When I was here in the heyday, you couldn’t buy a ticket to go watch a football game here. It was a choice destination for a lot of free agents not too long ago.

And that, for the reasons that we know, just went by the wayside. So I think what’s going to be important is — and they’ve already started to do this — is to bring that pride back and that passion back. If we can do that, there’s no reason why this football team can’t be competitive on a yearly basis.

CO: I spoke with Henoc Muamba in Calgary during Grey Cup week and he’d said then that he’d already heard from players asking what it was like in Montreal. Have you sensed that change too, after the year that the Als had, that it’s becoming more appealing again?

CO: You mentioned in the press conference being behind the eight-ball. I think back to the Argos in 2017 and how they didn’t get their GM and coach into place until March. Despite that they ended up winning the Grey Cup that year. Do you see things like that and think that even if you’re behind where you’d like to be right now that it’s possible and that you could make a run at a Grey Cup this year?

That’s something that I made reference to with some of the people here at the Alouettes’ head office. That possibility exists because we witnessed it elsewhere.

CO: You spent nine years coaching the Carabins and you talked about reaching out to the university coaches across Quebec when you took this job. How important do you think it is to have that connection and building a relationship like that when there’s so much football talent in Quebec?

DM: The pool of players that come out of this province that are able to earn a living at the next level…every football team (in the CFL) has got some kid that played here and had success here that’s on their roster. So the question becomes how do we keep these homegrown players in our backyard? That’s something that we’re going to have to do a better job with as far as the scouting department is concerned.

More importantly, once you develop relationships with these institutions and these head coaches, they’re going to keep you abreast of what’s going on. They’d love to see these players stay home and have success for their local team. 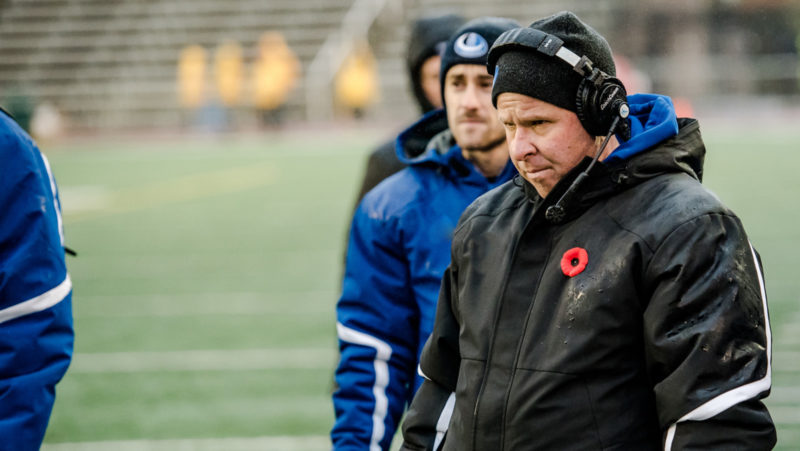 CO: What do you need to do to hit the ground running with this job?

CO: You didn’t want to put timeframes on anything or make guarantees, but if you were able to win a Grey Cup with Montreal, what would that mean to you as someone that’s from there?

DM: That would be the cherry on the cake for me. Winning a Grey Cup in Edmonton, winning a national championship (in 2014 with the Carabins), winning at the amateur level and the different places I’ve been, this would clearly be the icing on the cake.

It’s something that pushes me, that drives me, that I’d like to realize. I just don’t know when it’s going to happen. But when it does happen it’s definitely going to be special, no doubt.