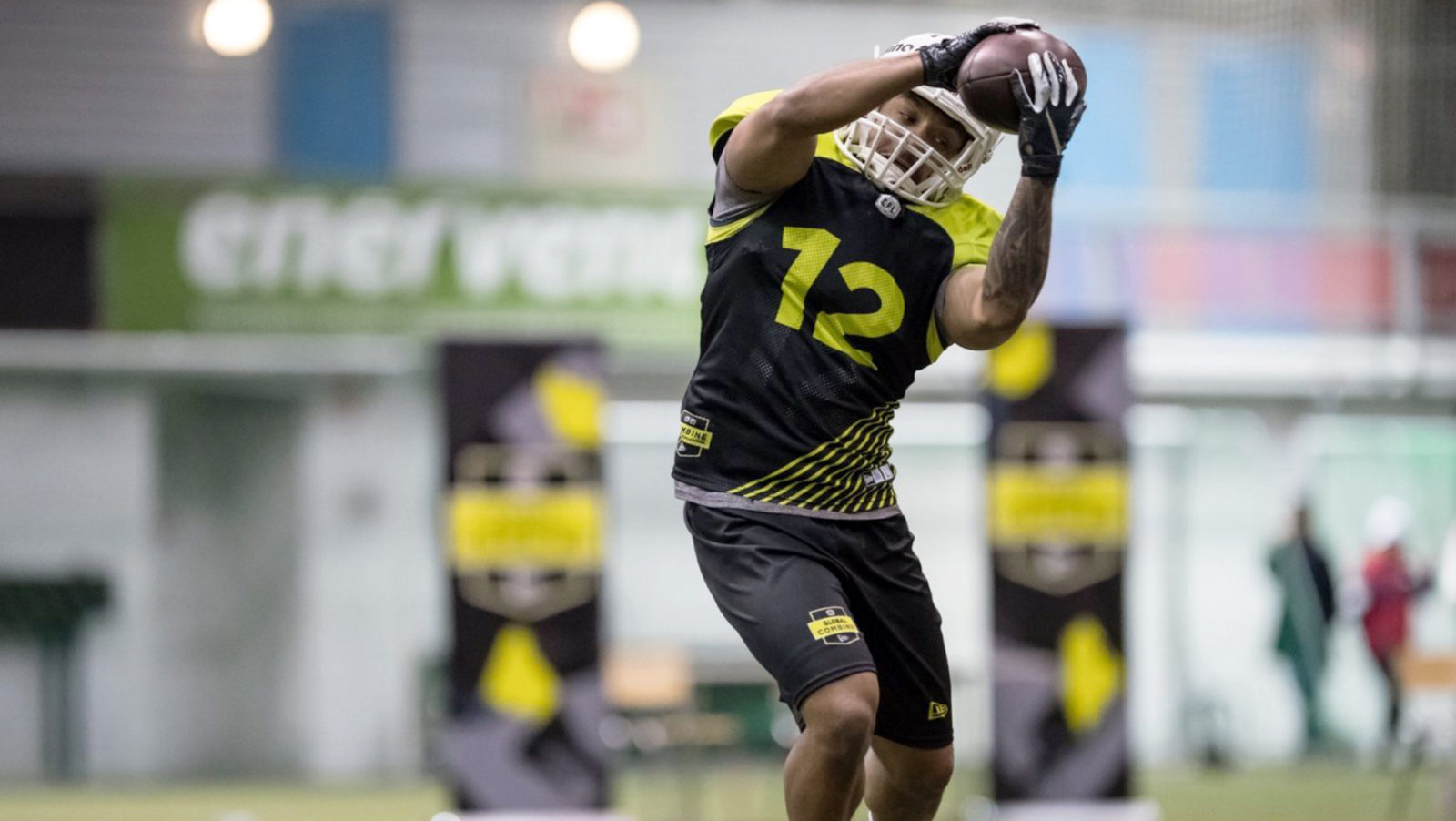 He was picked, along with Sébastien Sagne, as one of two athletes who attended the CFL Global Combine in Finland this past week. He’ll travel to Toronto on March 24 to participate in the CFL Combine.

“I was pretty surprised,” Kyei said. “I really wasn’t expecting to be picked. I did not perform that well in the tests.”

Still, the 5-foot-8, 193-pound receiver, who some would call too short to play football, stood out at the combine and caught the eye of CFL director of international scouting Greg Quick.

“Micky may look diminutive but few were as strong as he was, which means he is durable,” Quick said. “He had good speed but it was his change of direction that caught my eye. And his positive attitude.” 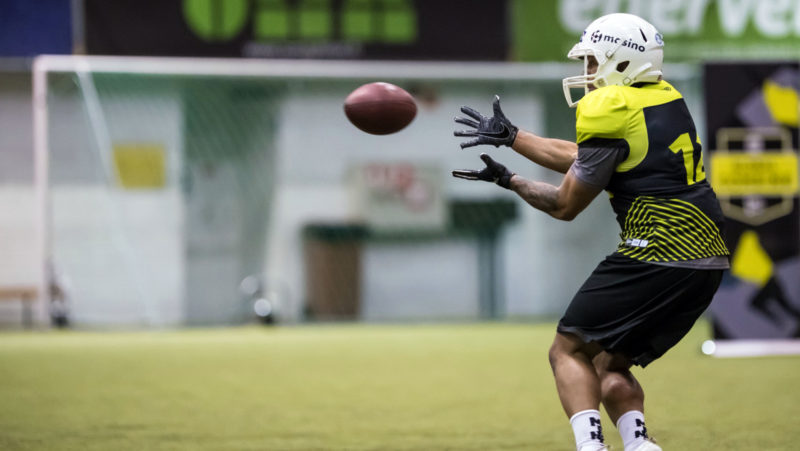 Receiver Micky Kyei reels in a pass during the 2020 CFL Global Combine in Helsinki. (Jari Turunen)

Kyei has been playing football for the past 14 years, starting in his hometown of Porvoo, Finland, which is about 50 kilometres East of Helsinki. But it was the year he spent in high school in Minnesota that changed him.

“Everyone bought in. The entire town lived and breathed the high school football team,” Kyei said.

The 27-year-old, who’s a close friend and former teammate of Swedish Combine pick William James, is a highly sought-after receiver in Europe.

He spent part of the past season playing for the top team in Europe, the Braunschweig New Yorker Lions from Germany. He helped the Lions win the German championship as the team’s top receiver in that game. Interestingly, he was also a teammate of James on the Manly Marlins rugby team in Australia for six months.

“Playing rugby in Australia was a great experience, especially since I got to play with William again,” Kyei said.

Quick saw something in Kyei that reminded him of one of the CFL’s finest receivers in the past decade and 2012 CFL MOP, Chad Owens.

“He runs great routes and there is some electricity to him,” Quick said. “I could compare him to Chad Owens. He can get free in traffic, but he can also waggle back in the box to provide protection.”

The Finnish receiver did not know much about the Canadian Football League before he was invited to the combine.

“I had no idea how much of a difference there was. Since then, I have seen a couple of games. I can see it being a big adjustment, especially for a receiver, but it’s really exciting too. I have talked a lot to Kimi Linnainmaa so I have an idea what I need to work on.”

Before this opportunity came along, Kyei had considered stepping away from football to get a job in IT, his chosen profession. If he doesn’t get picked in the CFL European Draft, that’s still what he’ll likely do. But for now, he’s focused on getting ready for the CFL Combine in Toronto.