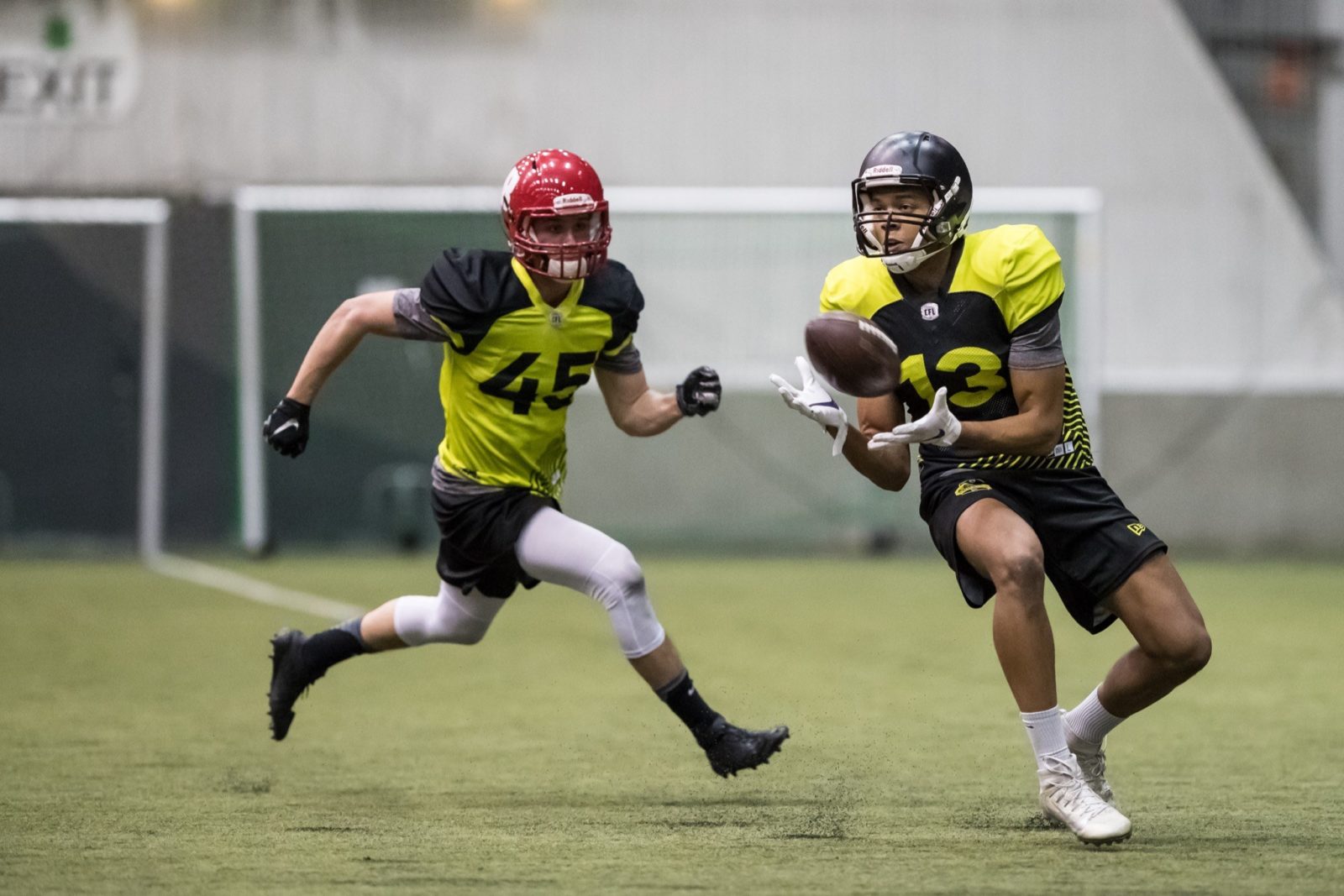 In each of his stops in Helsinki, Stockholm and Paris, there have been barriers in a practical sense, but once he’s gotten on the field, Greg Quick says those things all slip into the background.

Wide receiver Anthony Mahoungou and defensive back Tony Anderson emerged from the Paris combine and were invited to Toronto for the CFL’s combine, which goes from March 26 to 28.

“It’s true across the board and (the game) just breaks down all the barriers. As part of CFL 2.0 and this global initiative…I heard it quoted at Grey Cup. We’re not putting up walls; we’re building bridges,” he said.

“Everybody’s doing a great job. The players are respectful, the players give great effort. There’s great give and take, the communication back and forth from one continent to another, from one country to the other, has been phenomenal. Each culture has its own beauty and its own gems. And that just puts another gem so to speak in the crown of our alliance. For us, most important it’s a gem in the crown of the CFL. Every single one of these partners is a gem.”

They’ve been working with the partner countries that make up the International Alliance of Gridiron Football for the past year. That’s helped build a relationship between the countries and made for a smooth combine process. The host league’s put these events together.

“I think the level of trust and communication has been outstanding,” Quick said.

“Over the last six weeks the give and take, the back and forth between the CFL and our partners has been outstanding and the cooperative effort, I think that communication has been very unique. I think everybody’s been able to adapt to some degree. There has to be some give and take on both sides.

Swedish defensive back William James and Finnish receivers Micky Kyei and Sebastien Sagne made it out of their respective combines earlier this week and will compete in the Toronto combine.

The small crew that’s travelled overseas will split up for the next combine date. There will be one held in Bristol, England and in Florence, Italy, on Jan. 25, marking the fourth and fifth of 11 global combines scheduled this year. The gap in the schedule will allow Quick to spend a little time in Paris before a quick stop in the Netherlands before heading to the Florence combine.

“I’m going to be in front of a computer watching film for about 18 hours a day all week,” Quick said.

Nearing the two-month mark of his time on this job, Quick noted more than once the benefit of having his colleagues that are both with him and the ones in the CFL office that have put that years’ worth of work into this endeavour.

“That homework by everybody has allowed us to have three phenomenal combines thus far,” he said.