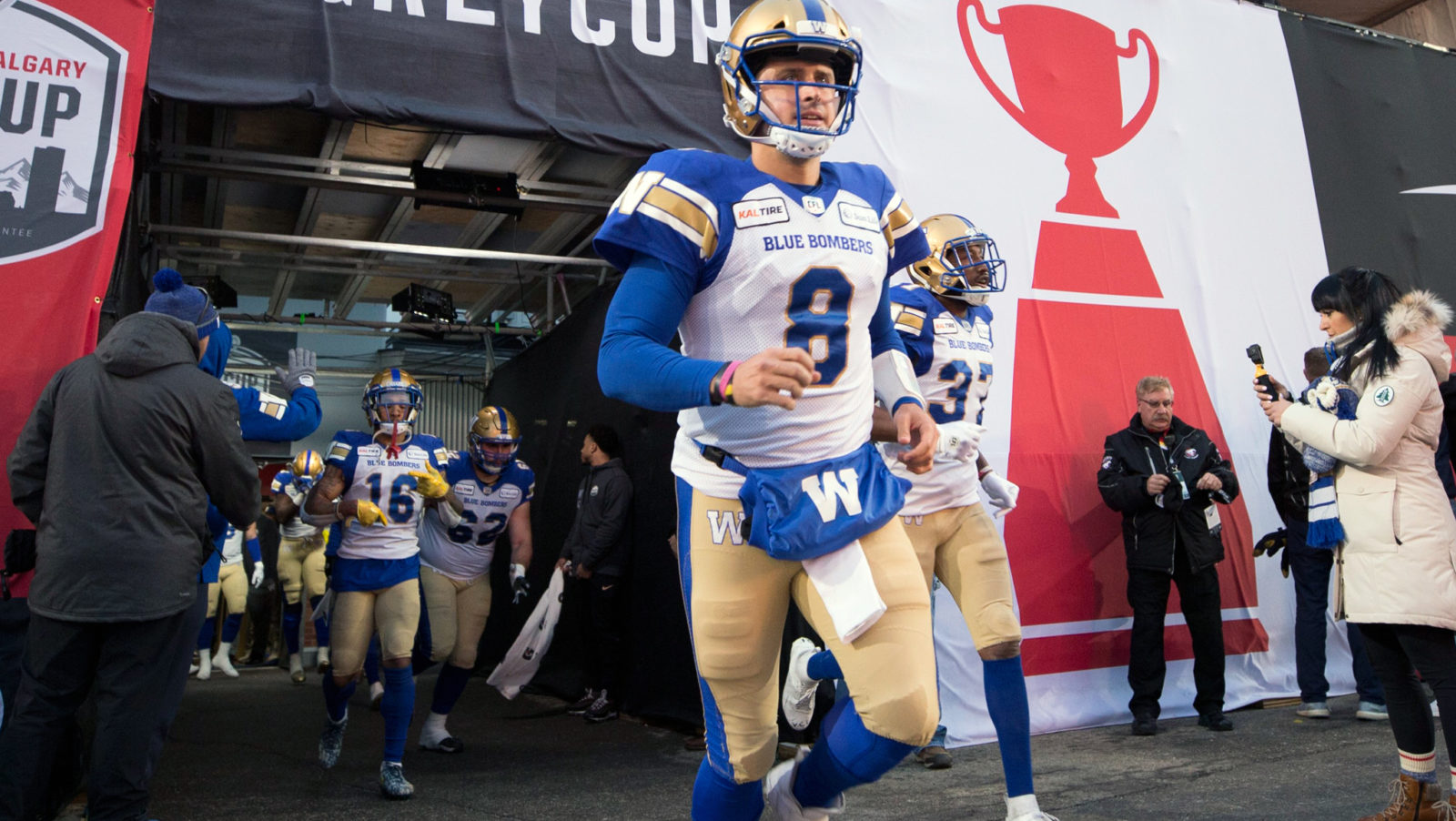 TORONTO — The best word to describe Zach Collaros‘ 2019 season may be whirlwind.

After an early-season injury looked to have derailed his entire year, he managed to have a comeback for the ages, ending with the second Grey Cup of his career.

Now, the 31-year-old is set to hit the open market, with a number of teams looking to fill gaps at the quarterback position.

On the latest episode of The Waggle presented by Sport Clips, Davis Sanchez and Marshall Ferguson discuss where the quarterback could land once free agency opens in under a month.

EPISODE OVERVIEW: Marshall Ferguson joins Davis Sanchez for another off-season edition of The Waggle. We’re talking the latest leadership news in Montreal, where the QBs will last this time around, and what to expect from the CFL global combines.

“In Toronto, there are so many moving pieces there that I don’t know if Zach wants to start something new there,” Ferguson said. “He’s at the top. Also, after what I saw from him at the end of 2019, I’m not willing to discount Zach based on the injury stuff. I understand the concerns and the history — and I’d be eating my words if he got injured again — but I don’t think this is something I can hold against him any longer after watching the way he played and aggression and lack of fear he played with.

“I love Collaros’ game, and I think if he stays healthy, he’s as good as anyone in this league right now. I think Toronto would be a great fit for him. I just don’t know if he wants to go through learning a new system and new offence again.”

Collaros’ injury history was a hot topic of dicussion at points during the 2019 campaign, however. In the opening game of the season, Collaros made the start for the Saskatchewan Roughriders. Just minutes in, he’d suffer an injury that would put him out of commission for nearly the entire year.

With the strong play of backup Cody Fajardo, the Riders opted to ship Collaros out of town, sending him to Toronto in exchange for a draft pick on July 31.

Collaros is obviously no stranger to the Argonauts. He came into the league with the Double Blue back in 2012, playing under Scott Milanovich. In his second stint with the team, however, he didn’t suit up for a game.

That led to yet another trade involving Collaros. The Argos moved him to Winnipeg for a third-rounder and a conditional first at the league trade deadline on Oct. 9.

The Bombers were in need of insurance under centre after Matt Nichols underwent season-ending shoulder surgery. Chris Streveler had held down the fort until that point, but the acquisition of Collaros would be a big one for the Bombers in the end.

He’d make his first start with Winnipeg in their last game of the season — Week 20 against the Calgary Stampeders. He helped Winnipeg to the victory in what would be one of the signature games of the entire regular season.

The two teams met up again in the Western Semi-Final a few weeks later. From that point on, Winnipeg offensive coordinator Paul LaPolice would employ a two-quarterback system, with Collaros providing the air attack while Streveler rumbled through defences on the ground. The plan worked to perfection.

Winnipeg rolled over the Stamps at McMahon Stadium and then ousted the rival Roughriders from the postseason to earn a spot in the 107th Grey Cup presented by Shaw.

The pair would continue their dominance against the Hamilton Tiger-Cats in the championship game, helping the Bombers to a rout while breaking a 29-year-old Grey Cup drought in the process.

With another title under his belt, Collaros has a chance to choose his next landing spot in free agency. The Ottawa REDBLACKS and Argos were the two squads most in need of a signal-caller heading into the off-season.

Ottawa has seemingly taken care of business in that regard. They traded for the rights to Nick Arbuckle and now have time to get him under contract before he becomes a free agent. Despite that, Collaros has never been afraid of competition, and with LaPolice at the helm in the nation’s capital, the REDBLACKS could still be a possibility for the veteran.

“This might be counter-intuitive based on what happens with Nick Arbuckle, but if he does sign in Ottawa, (Collaros) just had success with Paul LaPolice, you know his system and how much success you can have in it,” Ferguson said.

“I think he could sign in Ottawa and say ‘I want to be with LaPolice, I want to go to a beautiful city, I want to be with people who understand the game and with people who value me and will pay me a bit of money here.’ And if at any point Arbuckle falters, then you have Zach Collaros as an insurance policy that comes in with all the experience and a Grey Cup and is working with the same offensive coach.

“To me, that’s a pretty appealing situation for Zach to go back to Ontario and be able to find a fit with a coaching staff and a system that he should be able to have success with.”

Toronto appeared to be the front-runner for Arbuckle after they brought in his QB coach from Calgary, Ryan Dinwiddie, as their new head coach. However, with the 26-year-old being acquired by the rival REDBLACKS, the Argos are now looking around at other avenues.

Could the Boatmen bring in Collaros? Possibly. But Dinwiddie also hasn’t closed the door on the possibility of bringing back McLeod Bethel-Thompson while young Canadian pivot Michael O’Connor continues to develop.

The last option could be the Bombers. Streveler looks to be courting opportunities in the NFL while Nichols is also set to hit free agency.

If the Bombers lose that pair, then they’ll be trying their best to bring Collaros back in as their starter for 2020.

“The problem is that one of these teams that we’re talking about is going to end up shorthanded,” Ferguson said. “If Nichols leaves and goes to Toronto, then what is Winnipeg doing? Are they bringing in Collaros? Collaros without Streveler would be a dramatically different looking offence with a different offensive coordinator putting it all together.”

There appear to be a multitude of different options on the table for Collaros. It’s now up to him to decide which team would offer the best situation for him both on and off the field.