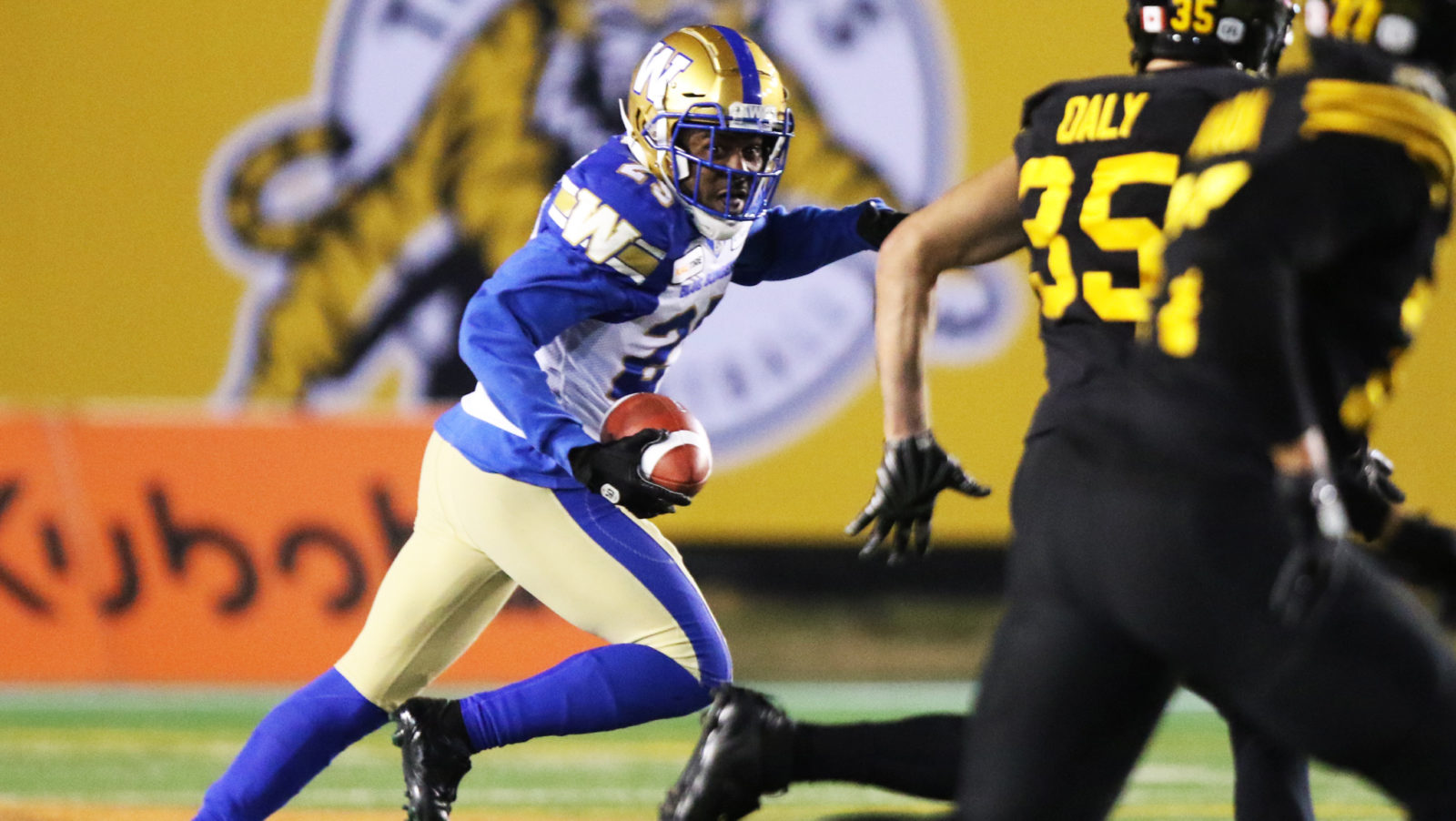 Taylor (5-10, 165, Florida International, March 27, 1988, Hollywood, FL) started seven games, including all three playoff contests, with Winnipeg in 2019 after being added to the club’s practice roster in early August. He recorded 12 defensive tackles and one interception (returned for a touchdown) during that time. Taylor also spent part of 2019 with Edmonton, playing in three games with the Eskimos, and was a member of the REDBLACKS from 2016-2017. Taylor’s re-signing is for one season.

McCalister (6’6, 240, Florida, October 17, 1993 in Fort Stewart, GA.) spent parts of the 2019 season with Winnipeg, playing in one game. McCalister played three seasons for the Florida Gators, tallying 52 total tackles, 18.5 tackles for a loss, 12.5 sacks and two forced fumbles in 27 games. McCalister was selected in the 7th round of the 2016 NFL Draft by the Philadelphia Eagles and spent time on the Eagles practice squad during the 2017 season. He also spent time with the Washington Redskins.