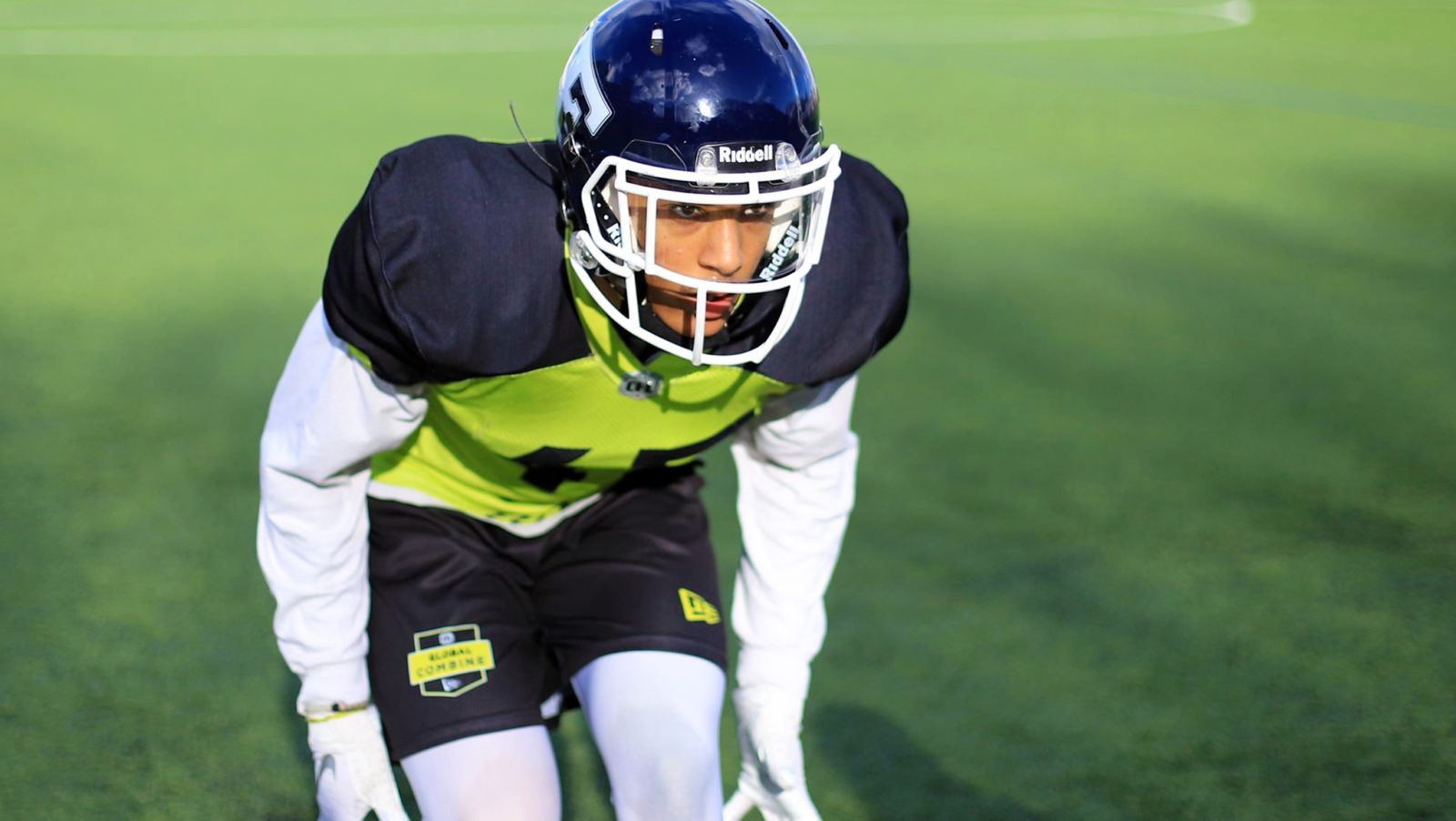 At the CFL Global Combine held in Paris, France — which may have been the most competitive combine of the three held so far — cornerback Tony Anderson stood out.

At 6-foot-3, 215 pounds, the Elancourt, France native is big for a corner, but to CFL director of global scouting Greg Quick, he was built for the 12-man game.

“Tony showed an excellent change of direction and field vision but also had a studious side. He’s the guy who’ll be taking notes during film sessions.”

Growing up in a country where football is a niche sport, Anderson was attracted early on to the physicality of football compared to soccer, by far the most popular sport in France. From day one, he wanted to play defence.

“My favourite position was and is corner,” Anderson said. “I loved the challenge of lining up against someone all game. One on one.” 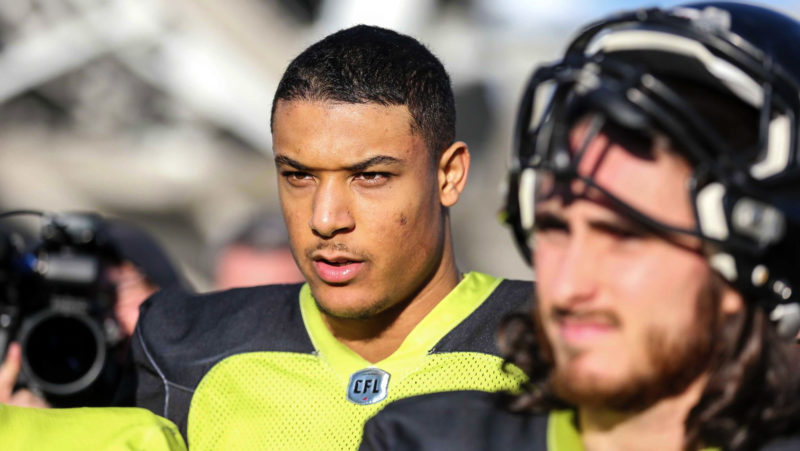 Driven. Committed. Dedicated. All three could be used to describe Anderson, who was determined to move from his club team in France, Les Templiers D’Elancourt, to a school in the United States. One of his teammates had recommended Santa Barbara City College. He said it was like a Div. I program, with great coaching and with no scholarships, it would be an excellent atmosphere.

It was and he excelled. It was a good first step.

His initial plan to go to a Division I school had taken a turn. Unbeknownst to him, his eligibility had been eaten up by his club play in France. He settled on Grand View University, an NAIA school in Iowa. He finished his senior year by leading the team in interceptions with four to go along with 14 defended passes and 48 tackles.

Following his collegiate career, he emailed every agent on the NFLPA website. He found one. That was all he needed. After attending the Northern Iowa Pro Day, he was invited to the Indianapolis Colts’ rookie minicamp.  Although he sprained his knee on Day 2 and was subsequently cut, he persisted and found his way to the Rams’ camp.

Unfortunately, his knee let him down again. Still, he was rated highly.

He was not deterred. This time, he spent the entire summer and part of the fall working on getting his knee healthy, improving his footwork as well as his hips. He went to the NFL Combine in Cologne, Germany in October. However, he still didn’t make the cut.

Then, Pierre Trochet, the head of business operations for the French Federation of American Football called asking him if he would like to take part in the CFL Global Combine. He jumped at the chance. He had time to prepare.

“I had worked with a track and field coach but this time, the key was not to overtrain, my biggest problem before,” Anderson said. “I had done my homework on the Canadian game and knew which routes to prioritize. And I was motivated, although motivation has never been an issue with me.”

All these global players will be asked to play special teams. When asked if this was a problem, Anderson was adamant that it was something he’d be comfortable with.

“I was the nation’s leading punt and field goal blocker at Santa Barbara,” he said. “I love playing special teams.”

Anderson is well aware of the differences in the Canadian game, but he relishes the challenge.

“I love learning so this is just a new, exciting phase of my football career.”

Quick is convinced that Anderson has a good chance of making a team after working on his strength and explosiveness.

“Once he adds some muscle, he has a chance to excel in our league,” Quick said. “He really understands his role and could also even fit in at linebacker.”