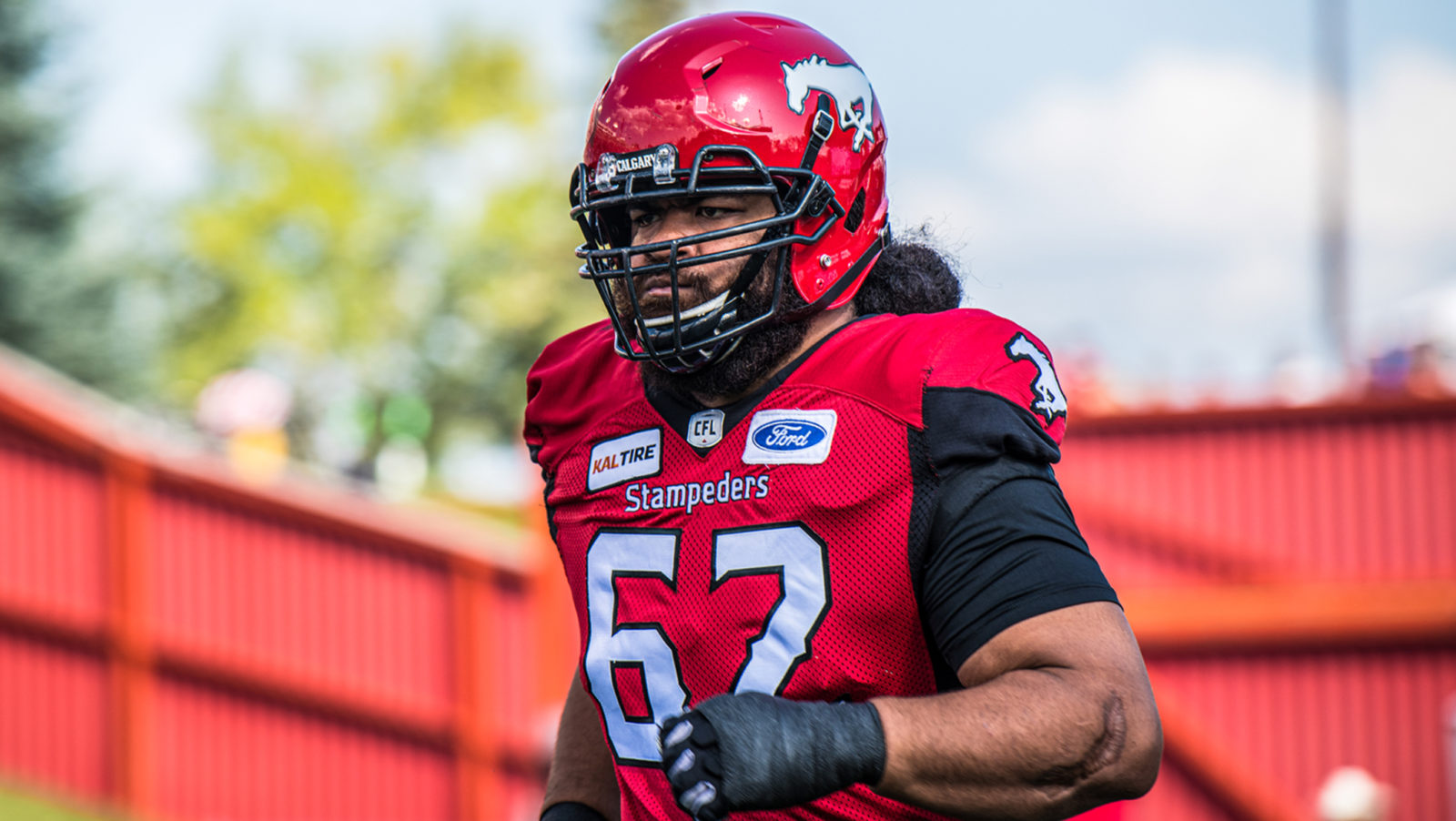 CALGARY — The Calgary Stampeders have re-signed American offensive lineman Nila Kasitati, who had been eligible to become a free agent on Feb. 11.

Kasitati made 16 starts at right tackle for the Stamps in 2019 and was a key part of a Calgary offensive line that allowed the second-fewest sacks in the CFL. The 26-year-old University of Oklahoma alum also started the Western Semi-Final at right tackle.

“Nila earned the right tackle job heading into the 2019 season and improved throughout the year,” Stampeders president and general manager John Hufnagel said in a statement. “I’m pleased that he has chosen to remain in Calgary and look forward to seeing him compete at our 2020 training camp.”

“I wanted to stay in Calgary because I love the family atmosphere within the Stampeders organization,” said Kasitati. “I also love winning and Huff and the staff obviously know how to do that. The team is all about competing to be the best every year and I love that. It’s a great coaching staff and I’ve learned so much since I came to Calgary. I want to come into camp and earn the starting job and, as a team, I want us to have a better year and go all the way.”

Kasitati was signed by the National Football League’s Washington Redskins as an undrafted free agent in 2016 and spent time on the Jacksonville Jaguars practice squad before joining the Stamps. He made four starts for the Stamps – two at centre and two at right tackle – during his rookie season in 2018.