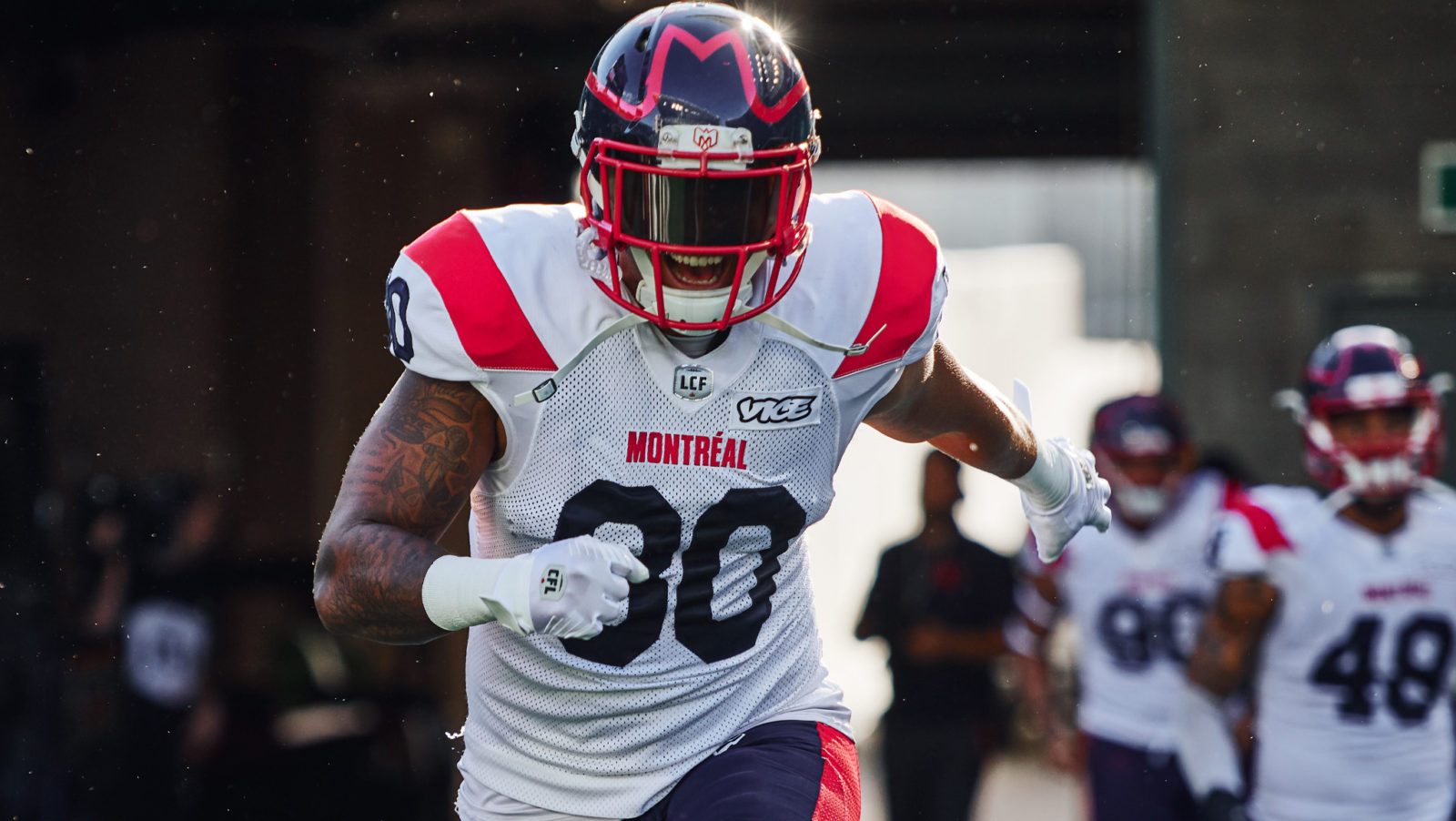 Moore played 16 games with the Alouettes in 2019, catching seven balls for 54 yards. He also made his presence felt on special teams, where he made seven special teams tackles.

His blocking skills were instrumental in the Alouettes’ running game, all while helping quarterback Vernon Adams Jr. have an exceptional season.

His blocking contributed to the team finishing second in the CFL with 2,236 rushing yards. The Hamilton, ON., spent six seasons with the Saskatchewan Roughriders before being acquired by the Alouettes in a trade on Dec. 19, 2018.

Drafted in the fifth round (34th total) by the Roughriders in 2013, the 29-year-old has played 97 career games in the CFL, amassing 48 special teams tackles, while making 34 catches good for 281 yards. The former McMaster University Marauder won the Grey Cup in 2013 as well as the Vanier Cup in 2011.

Rice will be entering his eighth season in the CFL and his third with the Alouettes after five years with the Hamilton Tiger-Cats.

The 31-year-old native of Brandon, Manitoba featured in nine games for the Alouettes during the 2019 season.

Rice has played 80 games since his professional debut and helped the Tiger-Cats reach the 2014 Grey Cup. He played with the University of Manitoba Bisons from 2007-12 and hoisted the Vanier Cup in his first year with the program.