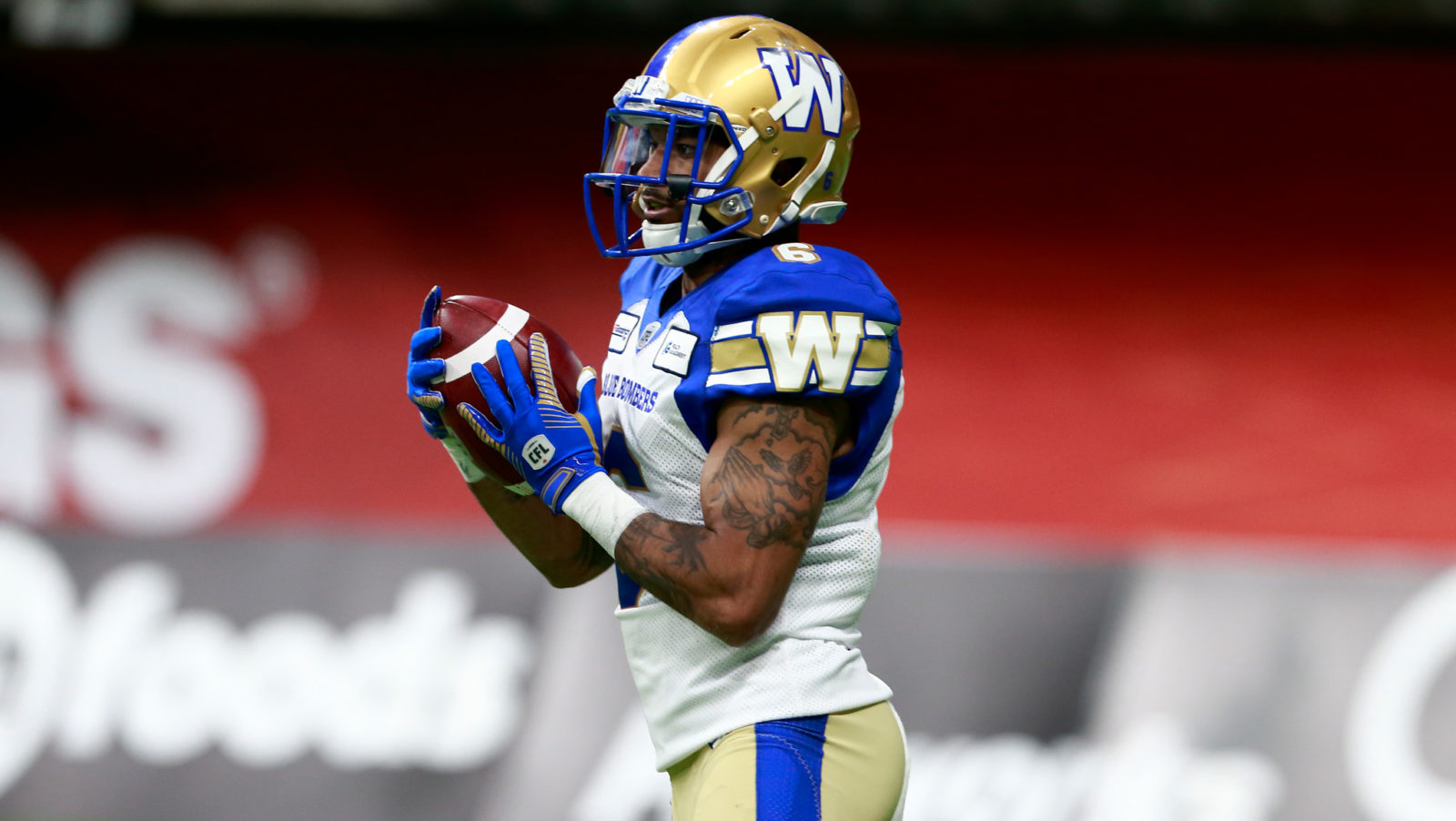 Nelson has spent parts of the past two seasons with Winnipeg. He’s played in four games in 2019 before suffering a season-ending injury. Last season, Nelson recorded 19 punt returns for 231 yards (10.3 average) and returned ten kickoffs for 202 yards.

The 24-year-old played four seasons for the Oregon Ducks, catching 124 passes for 1,555 yards and 14 touchdowns.

The Daytona Beach, FL., native also had 2,424 kick return yards and two kick return touchdowns during his time at Oregon.

In 2014, Nelson received the Gordon E. Wilson Award for being Oregon’s top special teams standout and was given 1st-Team Pac-12 All-Conference honours in 2015.