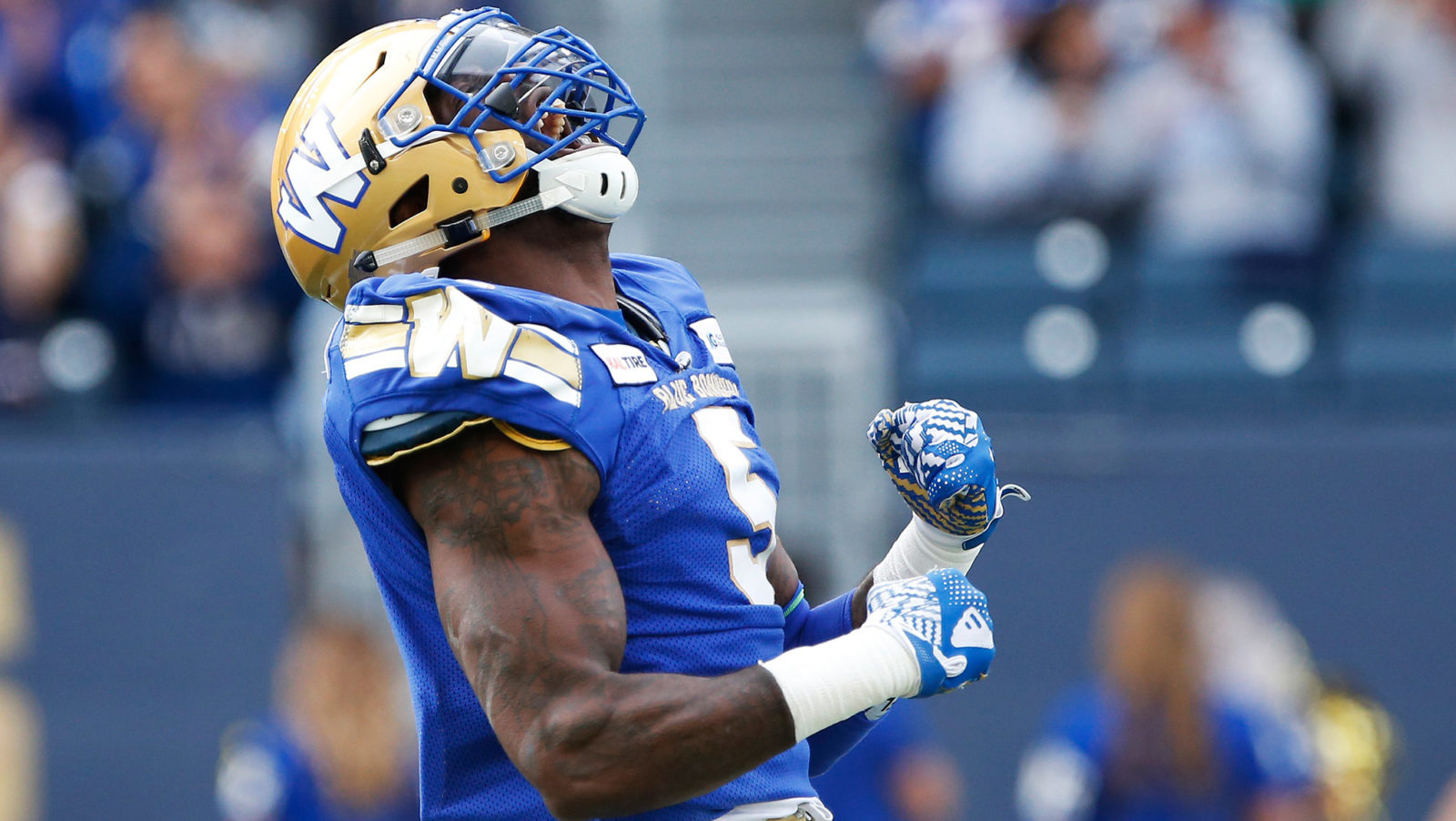 TORONTO — Willie Jefferson is a hard man to miss on a football field.

Along with standing an imposing 6-foot-7, 248 pounds, the 28-year-old has also made it an annual habit of being an absolute menace to opposing offences.

Whether it was batting down passes or getting around a blocker before taking down the quarterback, Jefferson did it all in 2019, and he capped an incredible year by helping the Winnipeg Blue Bombers break a 29-year championship drought at the 107th Grey Cup presented by Shaw.

“To me, there’s no other defensive player in the CFL that can dominate and impact a game like Willie Jefferson,” CFL.ca senior writer Chris O’Leary said. “Over the years, we’ve seen him block field goals and get pick-sixes to win games. Last year he had a career-high 12 sacks and six forced fumbles.

“He was dominant in the Grey Cup game and set the tone for his team to end its long, long, long Grey Cup drought.” 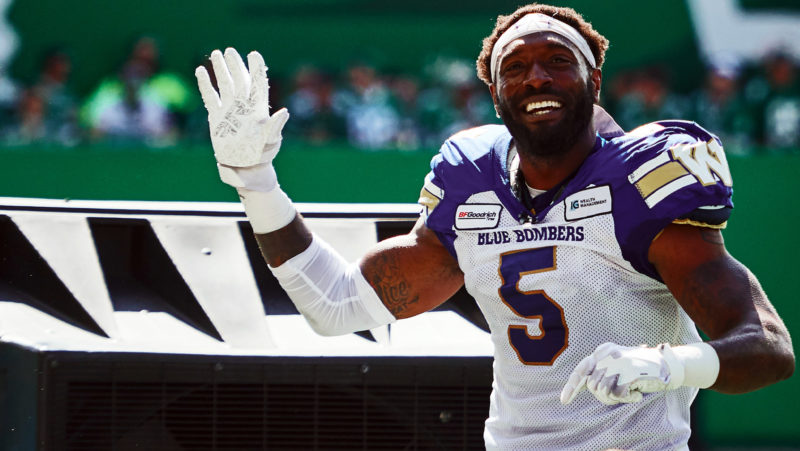 Winnipeg Blue Bombers defensive lineman Willie Jefferson waves to his old fans in Saskatchewan ahead of the Labour Day Classic against the Roughriders. (Arthur Ward/CFL.ca)

The Bombers knew better than most about what Jefferson brought to the table. Prior to 2019, he’d spent three seasons as a member of the rival Saskatchewan Roughriders, where he racked up an impressive 21 sacks over that span.

Winnipeg was able to convince him to switch to the other side of the rivalry and anchor a defensive line that already featured Jackson Jeffcoat and Drake Nevis and had an incoming Steven Richardson as well.

Jefferson’s first few games of the year were quiet, with him only picking up a pair of tackles through Week 2, but after that, he’d be anything but on the stats sheet. With each passing game following that, he’d continue to add tackles, sacks and forced fumbles to his totals on the year.

His best game in the regular season came in Week 11 against the Edmonton Eskimos. Jefferson finished with four tackles, three sacks and a pair of forced fumbles.

He finished the regular season with 24 tackles, a career-high 12 sacks and six forced fumbles. He also added an interception against BC in Week 10 — it was the third of his CFL career.

Jefferson was a shoo-in to win the MODP award, and he followed up that with pure dominance in the Grey Cup against Hamilton. He had two tackles, three sacks and two massive forced fumbles in the Bombers’ 21-point victory in the biggest game of the year.

The Winnipeg pass rush, led by Jefferson, made quarterbacks force the ball out early to avoid sacks. This played a part in the Winnipeg secondary finishing second in the league with 24 interceptions. The Bombers’ defence also allowed a league-best 64.2 rushing yards per game on the year and finished fourth in sacks (48).

Despite there reportedly being NFL interest, any team in the league would immediately make room for Jefferson if he comes back to the CFL in 2020. A reunion with Winnipeg would be the most likely scenario but anything can happen when it comes to free agency in the CFL.