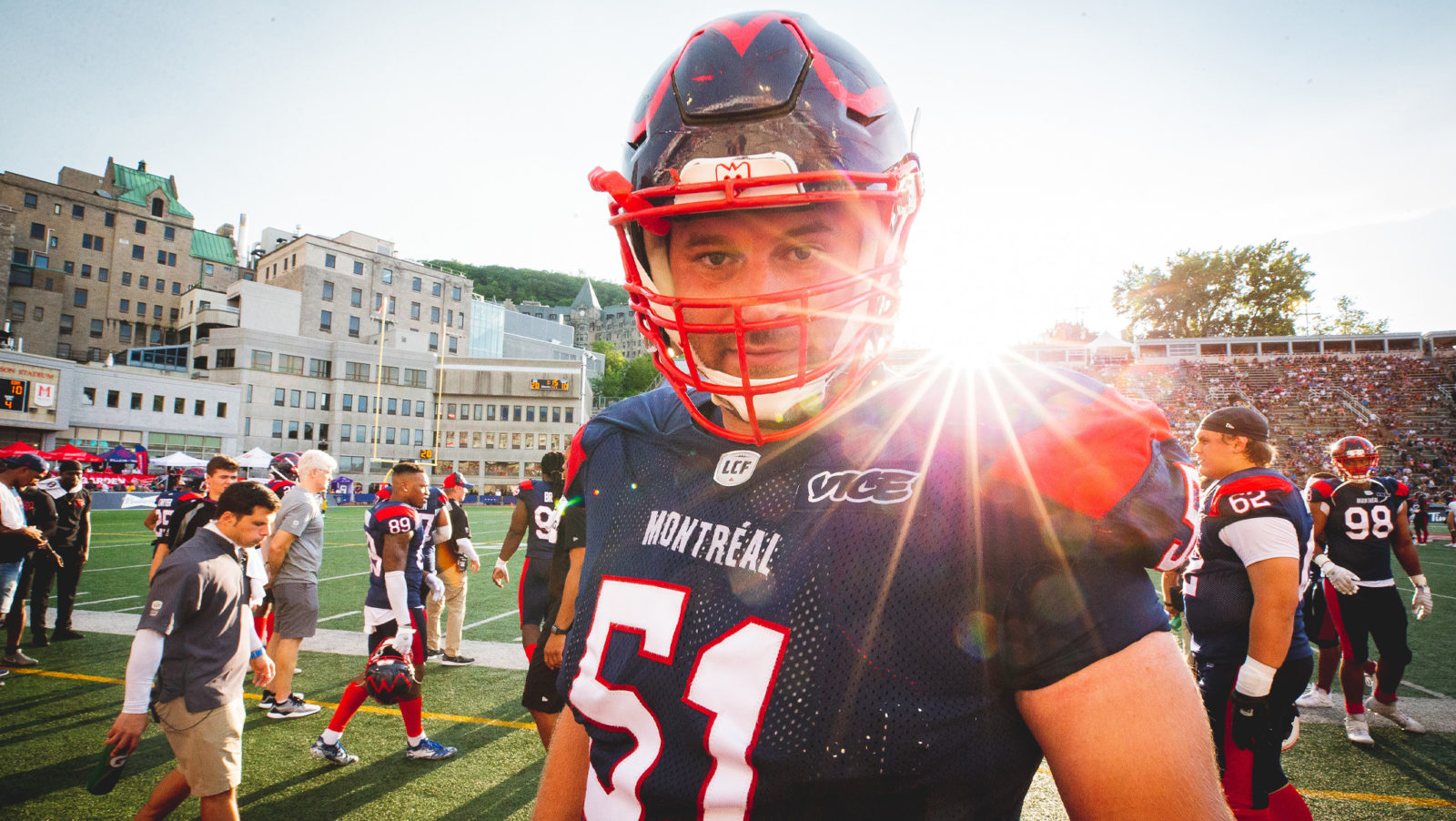 Matte will be entering his 11th season with the Alouettes after receiving his first nomination as an East Division All-Star in 2019.

The St-Hubert, QC native played the team’s 18 games last season and was voted the Alouettes’ Most Outstanding Offensive Lineman for a fourth consecutive year. On top of limiting opposing teams to 39 quarterback sacks, Matte helped create the openings that allowed the team to finish in second place in the CFL with 2,236 rushing yards.

“I am at home in Montreal and I wanted to play here, and nowhere else. I’ve always been treated well by the organization,” Matte said in a statement. “We’ve built a solid foundation last year and all the players are looking forward continue in that same direction for the 2020 season. I am anxious to get back on the field and continue the work we started last season.”

The 34-year-old joined the Alouettes in 2010 after the team drafted him in the first round (7th overall). The former Concordia University Stinger is in constant communication with quarterback Vernon Adams Jr. on every play and played an important role in the latter’s successes last season.

“I’ve known Kristian for years as I saw him in action during his days at with the Concordia Stingers, his game is inspiring. He is a true leader on and off the field,” said Alouettes General Manager Danny Maciocia. “He grew up in the pros with the Alouettes, he understands our system and our quarterbacks feel protected when he is out on the field.”

Jamieson will be entering his fourth season with the Alouettes. The 25-year-old played 39 games in the CFL since the beginning of his career, including 14 as a starter in 2019, lending a precious hand to the team as he played at the guard and tackle positions.

His work on the offensive line helped quarterback Vernon Adams Jr. finish first with 24 touchdown passes and 13 touchdowns (12 rushing and one receiving) while completing 283 of his 431 passes for 3,942 yards.

The Winnipeg, MB native was a third-round pick (20th overall) in the 2016 CFL Draft.