BRISTOL, England – Linebacker David Izinyon has been extended an invitation to showcase his skills for Canadian Football League (CFL) general managers, coaches and scouts in Toronto for the CFL Combine from March 26-28. Izinyon was one of 19 players who participated in the at the CFL Global Combine in England conducted in association with the British American Football Association (BAFA).

“It has been great working alongside BAFA to organize this event. The Global Combine tour has introduced us to some of the best players from around the world and we look forward to seeing their skills on display in Toronto,” said CFL Chief Financial Officer and Head of Football Operations, Greg Dick.

The event in Bristol marked the fifth Global Combine this year with five remaining. 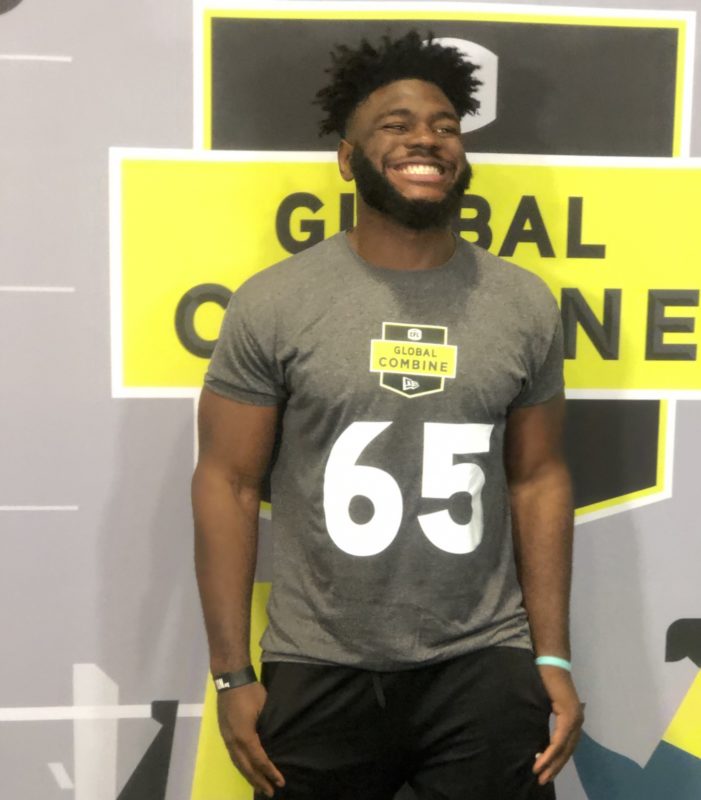 British linebacker David Izinyon will compete at the CFL combine in Toronto in March (CFL.ca)

“The first-ever British American football combine with the CFL has been a huge success, showcasing the fantastic level of talent and ability in the British game,” said Pete Ackerley, Chief Executive of BAFA.

“All of our players should be immensely proud of the way they represented themselves, their teams and Great Britain. This event with the CFL has highlighted that we have a clear pathway for the best British athletes to reach the highest levels of the sport.

“I am absolutely thrilled that David will now have the chance to progress to the CFL Combine in March and to represent British American football. I wish him all the luck in the world.”