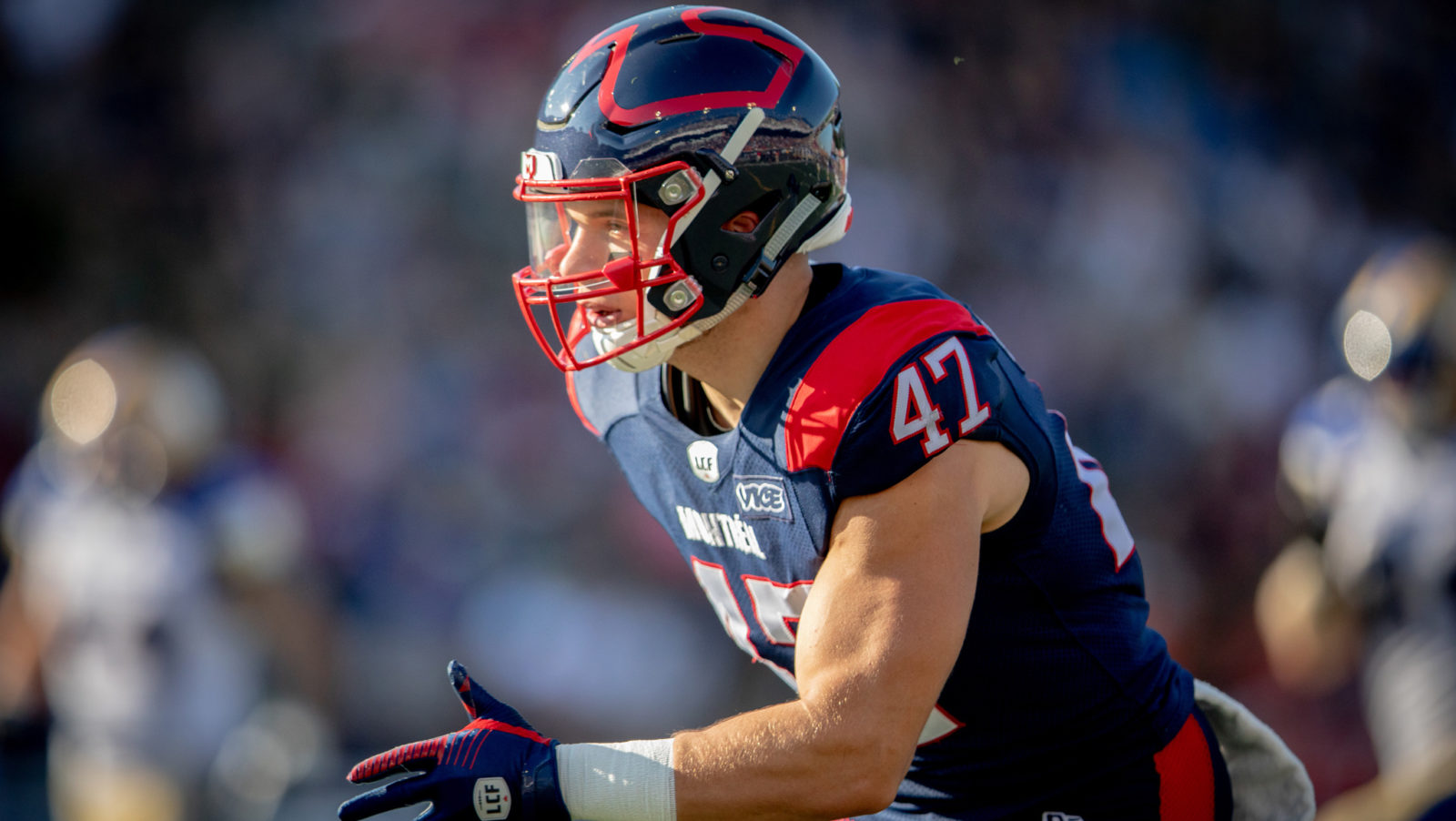 MONTREAL — The Montreal Alouettes announced on Monday that the club has signed a trio of Canadians, as linebacker D.J. Lalama, defensive back Dominique Termansen and long snapper Mike Benson all agreed to one-year deals.

Lalama made 25 defensive tackles and eight on special teams, adding one sack and one tackle for a loss in 11 games in Montreal in 2019. The 26-year-old was named among the CFL Players of the Week just before the playoffs.

The Winnipeg, MB native started his career with the Alouettes in 2017 before joining the Winnipeg Blue Bombers in 2019. He came back in the nest last August. He was drafted in the 2016 Draft by the Edmonton Eskimos (70th total).

Termansen made six defensive tackles and one on special teams while recovering a fumble in nine games with the Alouettes in 2019.

The 25-year-old defensive back started last season with the BC Lions, where he registered five tackles and one forced fumble in two games.

The North Vancouver, BC native started his career in Montreal in 2016 and 2017 before playing with the Lions the next two years. He won the 2015 Vanier Cup with the UBC Thunderbirds.

Benson played five games with the Ottawa REDBLACKS in 2019. The 32-year-old long snapper started his career with the Edmonton Eskimos in 2012 before joining the BC Lions for five years.

The Winnipeg, MB native played 89 career games in the CFL and made 16 special teams tackles while scoring a touchdown on a fumble return.