EDMONTON — Trevor Harris proved to be just as advertised when he joined the Edmonton Eskimos last off-season, and now that he has a season in Green and Gold under his belt, the 33-year-old has committed to the franchise long-term.

“I’m grateful to be in Edmonton for the long haul. I have a deep conviction that we have something special building here and I wanted to show it through this contract, and I am thrilled to be part of it,” Harris said in a statement. “I can promise there will never be a day taken for granted that I get to be in the Green and Gold and the quarterback here.

“I’m viciously motivated to deliver daily for our fans and this city. I’m thankful for my Lord and Saviour Jesus Christ. My family and I are thrilled to be with the Eskimos for the foreseeable future!”

The Eskimos and Harris agreed to a contract extension on Friday that will see the star pivot stick with the Green and Gold through the 2022 campaign.

With Scott Milanovich now serving as the team’s head coach, the reunion between he and Harris is one that should concern opposing defences. 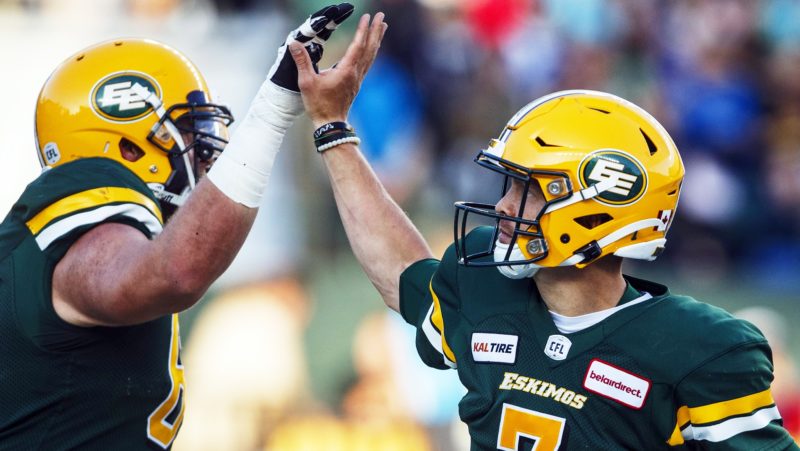 Milanovich might know Harris better than anyone else. He was at the helm for the Toronto Argonauts when the Edinboro product signed with the organization back in 2012. Harris minded his time, learning behind one of the greatest quarterbacks in league history, Ricky Ray.

2015 served as Harris’ coming out party as a quarterback in the CFL. Following an early-season injury to Ray, Harris started the majority of the year for the Argos, posting 4,354 yards and 33 touchdowns while completing 71 percent of his passes.

The Argos’ commitment to Ray meant that when Harris became a free agent that following off-season, he was able to find the best situation to become a full-time starter in the league. He opted to head further East and join the Ottawa REDBLACKS, where he would form a dynamic quarterbacking duo with Henry Burris.

He had over 3,000 yards passing and 15 touchdowns in all three seasons he spent in the nation’s capital. He was named an East Division All-Star during his inaugural campaign with the REDBLACKS and appeared in two Grey Cups with the organization, winning a championship with Ottawa in 2016.

Last off-season, Harris made the choice to head to the West Division for the first time in his career, signing with the Eskimos.

If not for a mid-season injury that forced him to miss time, it’s likely that Harris would have finished with new career-highs in several categories. He finished the year with 4,027 yards and 16 touchdowns while completing 71 percent of his passes in 13 games.

He was able to lead the Esks into the playoffs, where they pulled off a big victory in the Eastern Semi-Final by walking into Percival Molson Memorial Stadium and stunning the Montreal Alouettes. Harris had a day, completing 22 consecutive passes, coming up one completion short of tying Jeremiah Masoli’s record mark. He finished the game 36 of 39 (92.3 percent) for 421 yards and a touchdown.

The Esks were bounced from the playoffs a week later, but the team had a clear foundation for the future centred around Harris.

It’s been nearly half a decade since Harris and Milanovich have joined forces, and after returning to the CFL following a stint as the Jacksonville Jaguars’ quarterbacks coach, Milanovich has noticed the changes to Harris’ approach to the game.

“I did get to see them play Montreal in the playoff game — we were on our bye week. Trevor was what I’d always known him to be: extremely accurate,” Milanovich said. “The one thing I’d been telling people is over the course of the last three or four years since I’ve coached him, I think he’s gone from a guy who thinks he’s an elite quarterback to a guy who knows he’s one.”

“When you feel that way, you know you’re going to be able to overcome a mistake and still find a way to win the game,” Milanovich continued. “I think all those things, confidence-wise and leadership wise, you have to prove some of those things before the true leader in you can come out.” 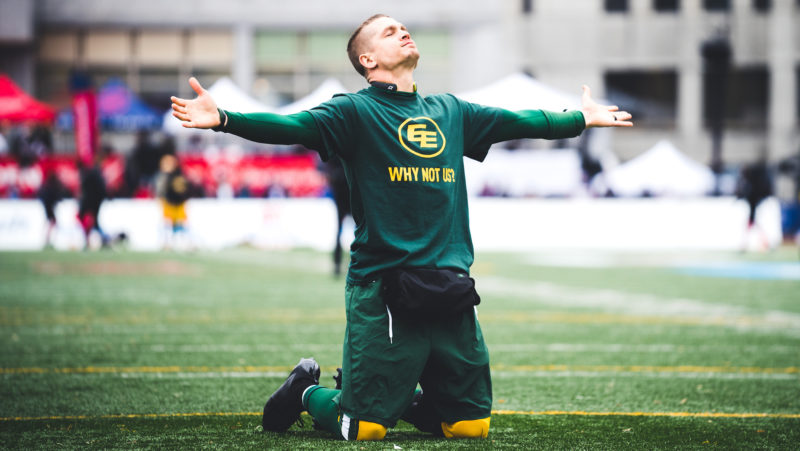 Following their exit from the postseason, general manager Brock Sunderland relieved head coach Jason Maas of his duties, opting to go in a new direction with a new leader for the team. He’s found that man in Milanovich, who has proven that he can lead championship-pedigree teams in this league.

He now has a bonafide leader in Harris, who’s no stranger to racking up big-yardage games and touchdowns — he’s surpassed 30 passing majors in a season twice in his career. The duo will be doing everything in their power to lead the Esks back to the Grey Cup for the first time since they took home the title back in 2015.