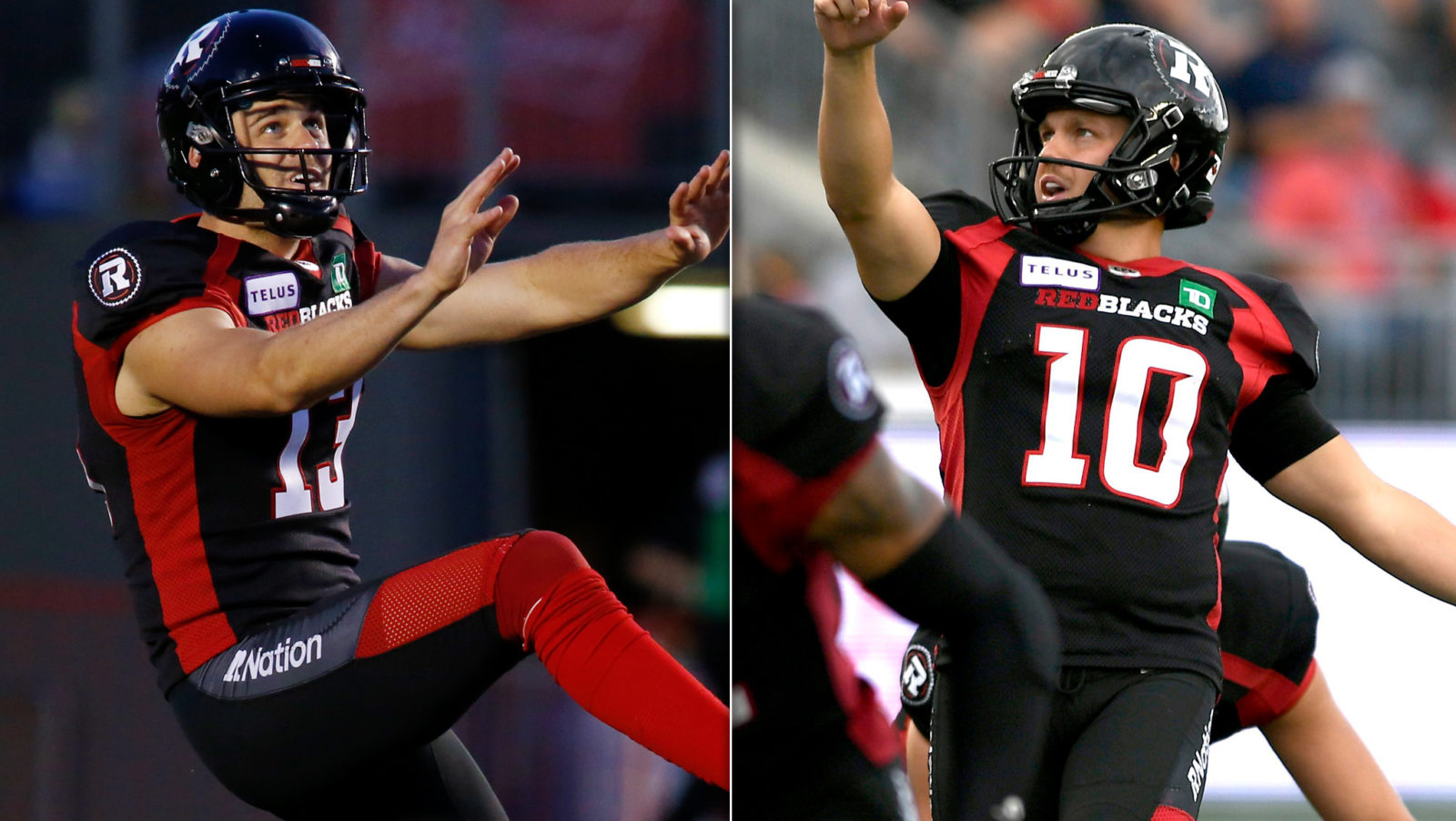 OTTAWA — The Ottawa REDBLACKS have locked up two of the most crucial members of their special teams unit for the 2020 campaign.

Both men were set to become free agents on Feb. 11.

Ward was the 12th ranked pending free agent by CFL.ca.

The 27-year-old has spent his first two seasons in the league as a member of the Ottawa REDBLACKS.

In his first year in the league, Ward made 51 field goals and converted on 98 percent of his kicks. That effort earned him Most Outstanding Rookie honours.

This past year, Ward took more kicks from 50 yards and beyond. He carried over a streak of consecutive kicks from 2018 that he ran all the way up to 69 — setting a new league record in the process.

His field goal percentage went down to 86 percent in 2019, however, he’s one of the best kickers in the entire league.

Over his first two years, Ward has hit 94 field goals and hit 92.2 percent of his kicks. He’s scored 307 points to date.

Leone, 27, is a four-year veteran of the CFL who began his career with the BC Lions — playing two seasons for them — before joining the REDBLACKS in 2018.

He’s handled kick-off and punting duties for the REDBLACKS during his tenure in the nation’s capital. He appeared in all 18 games for Ottawa in 2019 and had league-highs in punts (132) and gross yards (6,383).