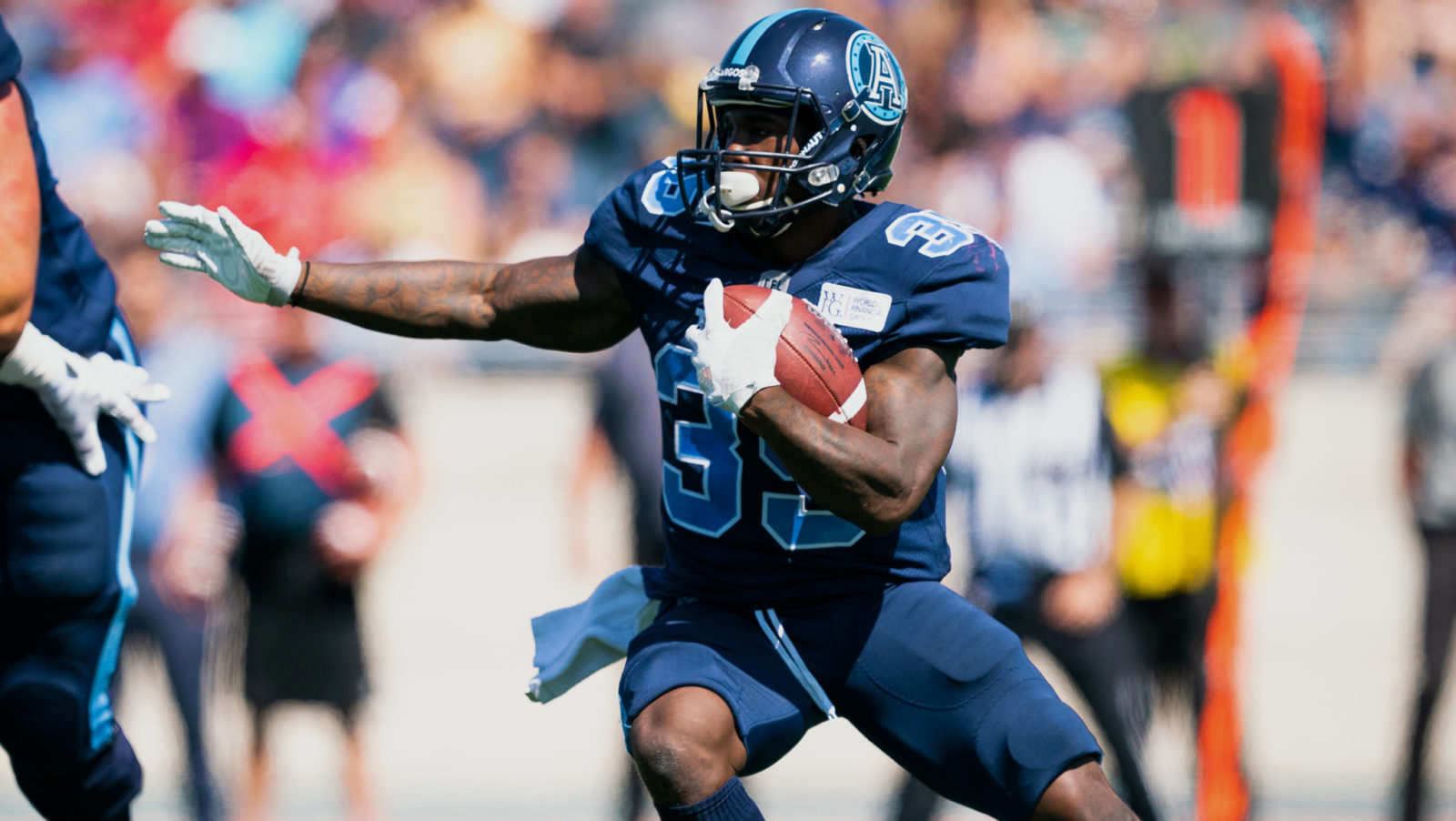 Bomben’s release comes a year after he inked a new three-year contract with the Argos.

Bomben joined the Argos in 2018 in a trade with Montreal and went on to earn his fourth East Division All-Star nod.  The Guelph grad played in 17 games last season but was relegated to a backup role for the majority of the second half of the year.

Burks was released after a two-year stint with the Boatmen where he saw limited playing time as he battled for reps with incumbent starter James Wilder Jr.

In 14 games, Burks generated 79 carries for 487 yards.  He also added another 296 yards receiving and two touchdowns out of the backfield.

The Argos also announced on Monday that they have released defensive backs Qudarius Ford and Jonathan Dowling.