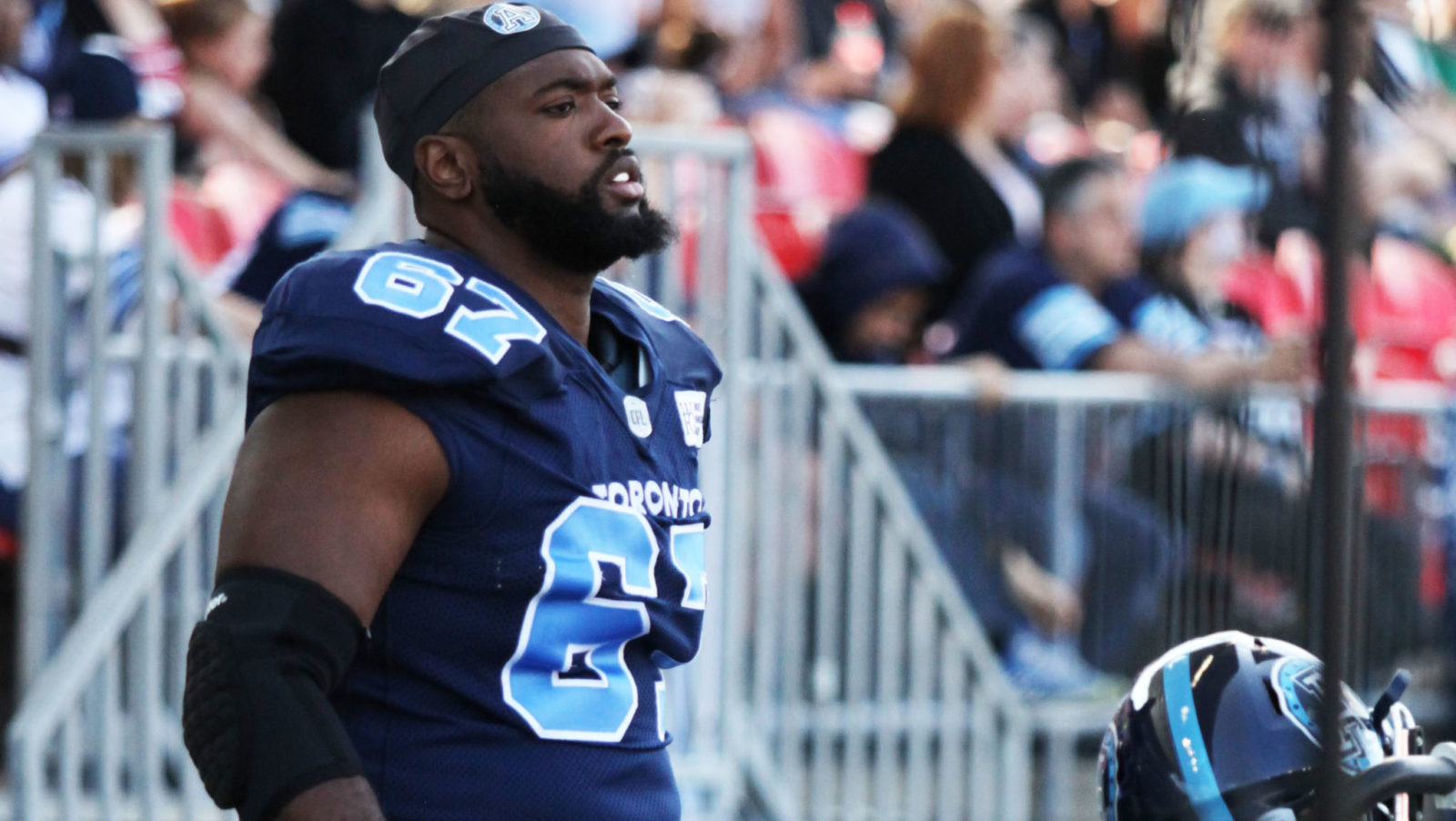 TORONTO — The Toronto Argonauts have signed offensive lineman Jamal Campbell to a three-year extension, the team announced on Monday. He was eligible to become a free agent on Feb. 11.

In 2019, the six-foot-six, 305-pound Toronto native cracked the starting lineup for the first time in his career, starting the final 11 games at right tackle.

“This is important, it’s everything,“ said Campbell. “This is the organization that first believed in me. Toronto is where I want to be, we’re trying to build something here.”

Campbell, 26, also caught the first pass of his career last season, a one-yard touchdown reception from McLeod Bethel-Thompson in a 28-27 win over Winnipeg on August 1 at BMO Field.

The Argos third-round selection in the 2016 CFL Draft is a graduate of C.W. Jeffreys Collegiate Institute and York University. He’s established himself as someone incredibly active in the community and in 2017 was recognized by Toronto.com for his contributions by being named an “Urban Hero.”

Campbell was also a member of the 2017 Grey Cup champions.

The Argos also announced that the team has signed American linebacker Jeff Knox Jr. He signed with the Argos in September 2018 and played seven games in Double Blue that year. The 27-year-old linebacker played with Ottawa last season. In 2015 he was named Saskatchewan’s Most Outstanding Rookie after recording 112 tackles.