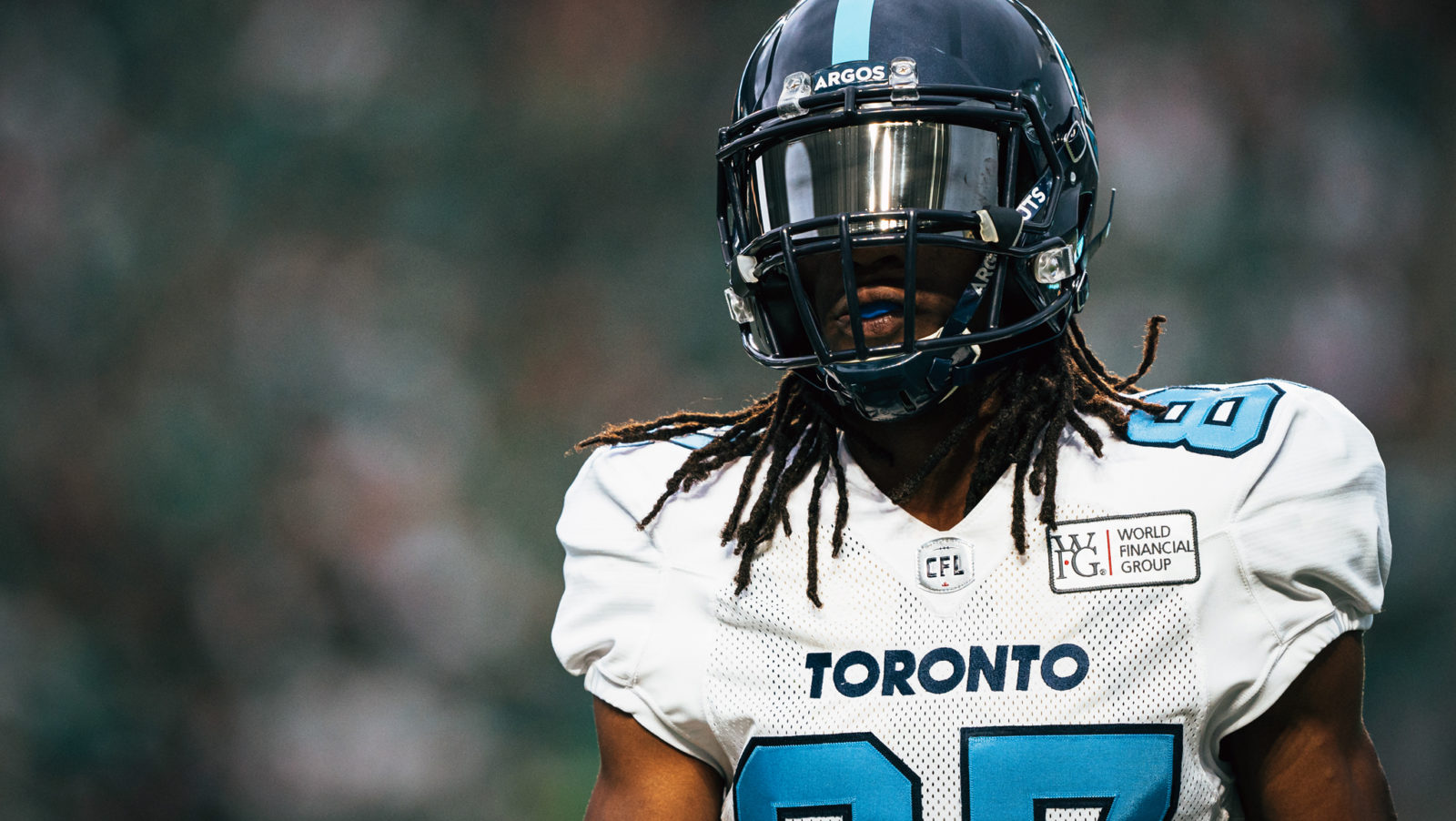 TORONTO — In a pass-heavy league, receivers are always the topic of conversation.

That’s why heading into free agency next week, pass-catchers are a hot commodity, especially those who can make an impact like Derel Walker.

Walker hauled in 1,000 yards for the third time in his CFL career in 2019, despite not having a consistent quarterback throwing passes his way.

Whether it was James Franklin or McLeod Bethel-Thompson under centre, Walker delivered. In 15 games donning the double blue, the 28-year-old hauled in 65 passes for 1,040 yards and six touchdowns.

“Derel Walker has the track record – at least a thousand-yards every year he’s played close to full season – that shows what he’s capable of when he’s in an offence and playing with a quarterback that can maximize his abilities,” said CFL.ca’s senior writer Chris O’Leary. “After a quiet year by his standards, I think he’ll be looking to find that offence and quarterback in free agency.”

Walker’s skill set makes him one of the best and he is the fifth ranked free agent according to CFL.ca.

After spending the first four seasons of his career in Edmonton as a member of the Eskimos, Walker decided to test the free agency waters in 2019 and signed a deal with the Argonauts.

It took until Week 5 for Walker to really make presence known in Toronto. He hauled in nine passes for 188 yards and two touchdowns against the eventual Grey Cup-winning Winnipeg Blue Bombers that week, reminding everyone just what he was capable of. The six-foot-two, 187-pounder would have another massive outing a few weeks later, this time in Week 12 against the rival Hamilton Tiger-Cats, catching 203 yards and another pair of majors.

Walker had a breakout season in 2015, his rookie year in the league as a member of the Esks. He was named the CFL’s Most Outstanding Rookie after catching 89 passes for 1,110 yards and six touchdowns while helping Edmonton win the Grey Cup. He built on that success in his sophomore season, catching a career-high passes (109), yards (1,589) and touchdowns (10).

Over 64 career CFL games, Walker has produced 362 receptions, 5,248 yards, and 32 touchdowns. The Texas native spent the 2014 and 2017 off-seasons with the NFL’s Tennessee Titans and Tampa Bay Buccaneers respectively.

Before coming north of the border, Walker played two seasons at Texas A&M, catching 59 balls for 903 yards and five touchdowns in 24 games with most of that damage coming in his senior season when he went 51-818-5. Previous to his time with the Aggies, Walker spent two seasons at Trinity Valley Community College, tallying 44 catches for 864 yards and 10 touchdowns.

If he hits the open market on February 11, Walker will likely garner attention from any team looking for a skilled pass-catcher to bolster their receiving corps.