Berg vs. Ferg: The biggest name on the free agency board 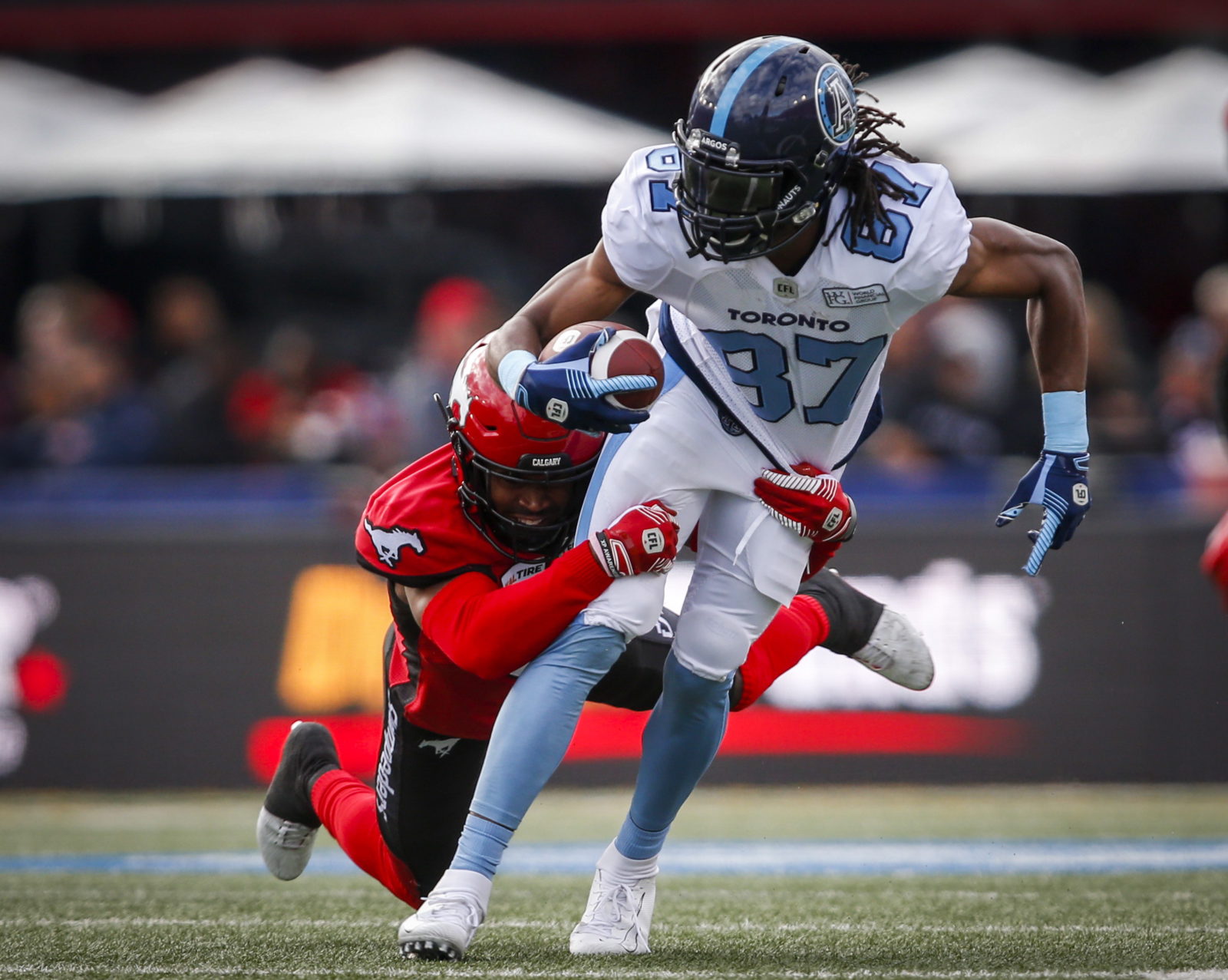 Berg vs. Ferg: The biggest name on the free agency board

Berg vs. Ferg is back for 2020, with columnists Pat Steinberg and Marshall Ferguson debating some of the league’s most contentious storylines. This week’s question: Who is the biggest name on the board as we head into free agency?

TORONTO — We’re inching closer to the free agent market opening up on Tuesday, Feb. 11 at noon ET and as we get there, we’ve already seen a lot of quarterback movement.

Hamilton gave a recovering Jeremiah Masoli a new contract on New Year’s Eve. Ottawa traded for and signed Nick Arbuckle. Winnipeg chose Zach Collaros over Matt Nichols (who is rumoured to be close to signing with the Argos) and watched their backup, Chris Streveler, sign with the Arizona Cardinals in the NFL. McLeod Bethel-Thompson signed a one-year extension with the Argos this week, setting up what could be a very interesting training camp battle for the starting job.

Meanwhile, Edmonton and Montreal got ahead of things with their starting QBs, giving Trevor Harris and Vernon Adams Jr. extensions to keep them in their respective colours through 2022.

While the starting QB roles appear to be solidified or at least have their candidates in place for training camp, there are still a lot of high profile, impact players that are available.

Your team will only go as far as your QB play will take you, but it’s not everything. Two of the most impactful acquisitions in last year’s free agency were defensive linemen — Willie Jefferson and Ja’Gared Davis — that helped their teams to the Grey Cup game. As it stands right now, both are headed back to the market this year. Receiver Derel Walker was another high profile signing last year that appears to be weighing his options again.

Dylan Wynn, Shaquelle Evans, Micah Johnson, Derek Dennis, C.J. Gable and Shawn Lemon all made significant contributions to their teams last year and as it stands as this is written, all are in position to be available to the highest bidder when the market officially opens on Tuesday.

Who is the biggest name on the board as we inch closer to free agency? Pat Steinberg and Marshall Ferguson debate.

Multiple CFL players have told me there is one defensive player they consistently game plan for: Willie Jefferson. The reigning Most Outstanding Defensive Player is set for free agency later this month and has the ability to transform a defence in the blink of an eye. That’s why, for me, Jefferson is the No. 1 potential free agent when the frenzy begins next week.

Of course, there’s a chance Jefferson doesn’t hit the open market because the Winnipeg Blue Bombers know how dominant he can be. En route to being named the league’s top defensive player, Jefferson had an insane season. Despite being double-teamed all season long, he finished with 12 sacks, six forced fumbles, and an interception. Additionally, as anyone who has to play against him knows, Jefferson does far more than can be tracked statistically and opens up other favourable matchups for his teammates.

If Jefferson doesn’t return to the Bombers, though, you know he’ll be highly sought after on the open market. Having just turned 29, Jefferson is smack dab in the middle of his prime and is coming off the most dominant season of his impressive career. He’s the rare and perhaps only player in this league capable of turning any defence into an elite one. Every team knows what Jefferson is capable of and despite the high price tag he’ll rightfully command, I can’t imagine there’s a general manager who wouldn’t court him if he becomes available.

I really don’t know what the chances are we see Jefferson back in Winnipeg next season. We’re less than a week from free agency and he’s still not under contract, so there’s obviously a chance he hits the market. If he does? Knowing Jefferson’s age, the season he just had and the freakish athletic ability he possesses, I would expect his agent’s phone to be ringing off the hook.

Willie Jefferson is unquestionably the best free agent who doesn’t touch the ball every play but this league is built on the playmakers who consistently get a chance to impact the outcome of games.

With Nick Arbuckle, Jeremiah Masoli, McLeod Bethel-Thompson and we believe Matt Nichols coming off the board, the quarterback market is suddenly thin in marquee names which leaves us receivers and running backs.

Of that group C.J. Gable is the best hit/miss value to me. He’s capable of dramatically changing the fortunes of Calgary or Ottawa by giving them a workhorse back that is worth pouring money into, even if he has passed the typical running back production plateau. But above Gable and any other name there is one that could impact a game more.

His stock is not at an all-time high, thanks to a strange losing year with lots of targets and yards but little to show for it in Toronto. Don’t be fooled by that.

Walker remains one of the CFL’s best and certainly has as much big play capability as any pass catcher in 2020 CFL free agency.

Place Willie Jefferson on any defensive line in the CFL and he clearly makes them better, but put Derel Walker in several different situations around the league and your mind wonders how a defence would ever stop the passing attack.

What about a reunion with Mike Reilly and paired with BC’s Bryan Burnham? In Hamilton opposite Brandon Banks? Calgary with Bo Levi Mitchell?

It’s all enticing and all points towards a return to CFL league leader prominence as a 1,000-yard receiver. Derel Walker is motivated, physically fresh and prepared to remind you why when he touches the ball 90-plus times a year he can play a primary role in helping a team towards the 2020 Grey Cup.

Who makes the more compelling argument? You can vote for this week’s winner on CFL.ca and Twitter. You can and should keep the debate going by tweeting your thoughts to @Fan960Steinberg and @TSN_Marsh.