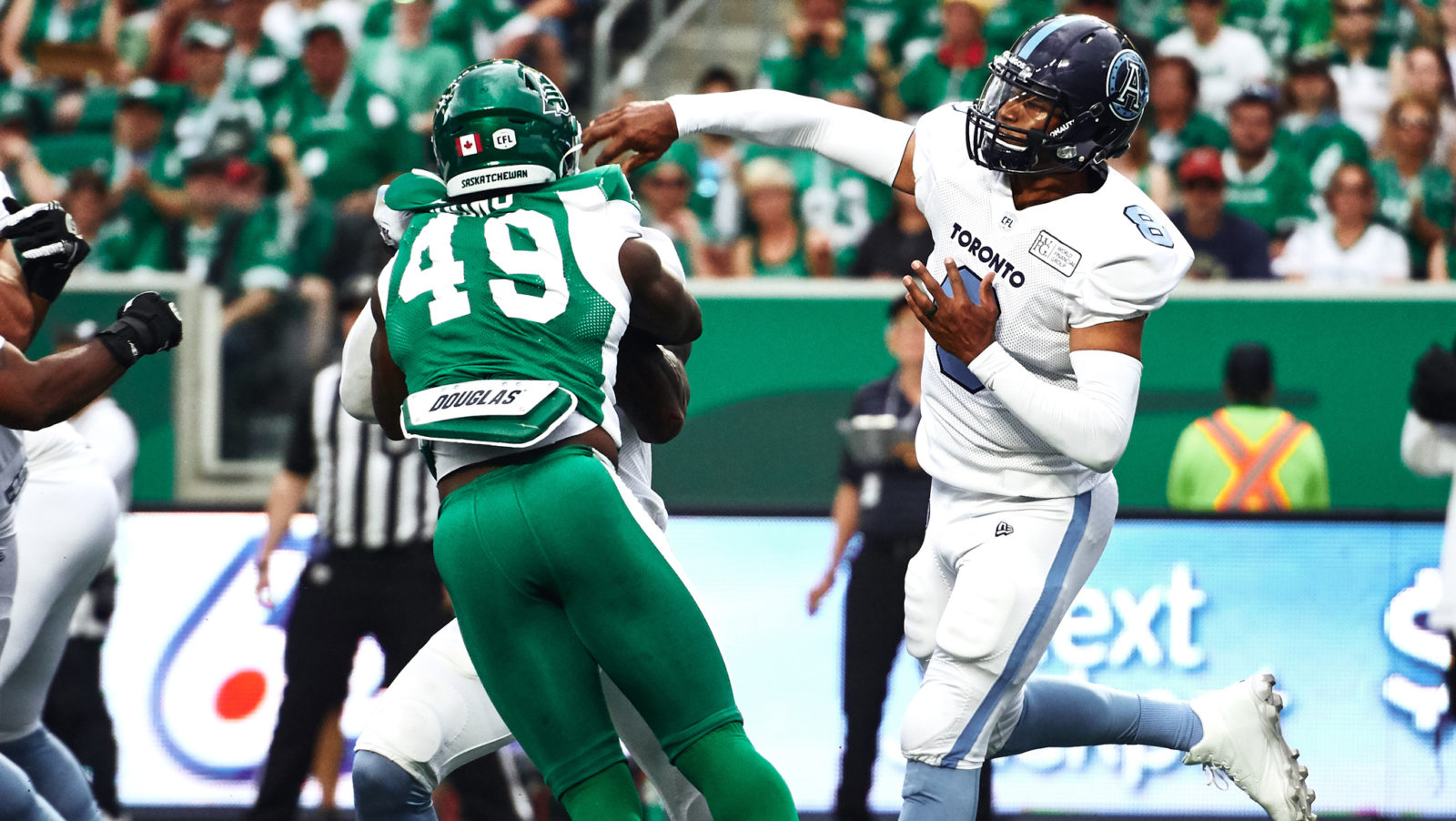 McEwen was ranked as the 11th-best pending free agent by CFL.ca.

The 26-year-old was taken by the Argonauts with the fourth overall pick in the 2015 CFL Draft. Over his four seasons in the organization, he didn’t miss a single game.

McEwen helped anchor the Argos’ offensive line at the centre position during his 72 career games with the Double Blue. He was named an East Division and CFL All-Star in 2017 and helped the Argos win the 105th Grey Cup presented by Shaw.

Holmes helped lock down the offensive line to the left of McEwen at guard. The seventh overall pick in the 2011 CFL Draft spent seven seasons in Toronto, playing in 112 games over that span. He won a Grey Cup with the team in 2017 and was named an East Division All-Star twice. s

Franklin began 2019 as the Argos’ starting quarterback but an early-season injury forced him onto the six-game injured list. He finished the year with 822 yards and three touchdowns with six interceptions in nine games.

Rainey provided help in all facets of the game for the Argos last year. He had 220 rushing yards and 143 receiving yards on 18 catches. He also was used in the return game by Toronto. The 31-year-old returned one punt to the house this past year.