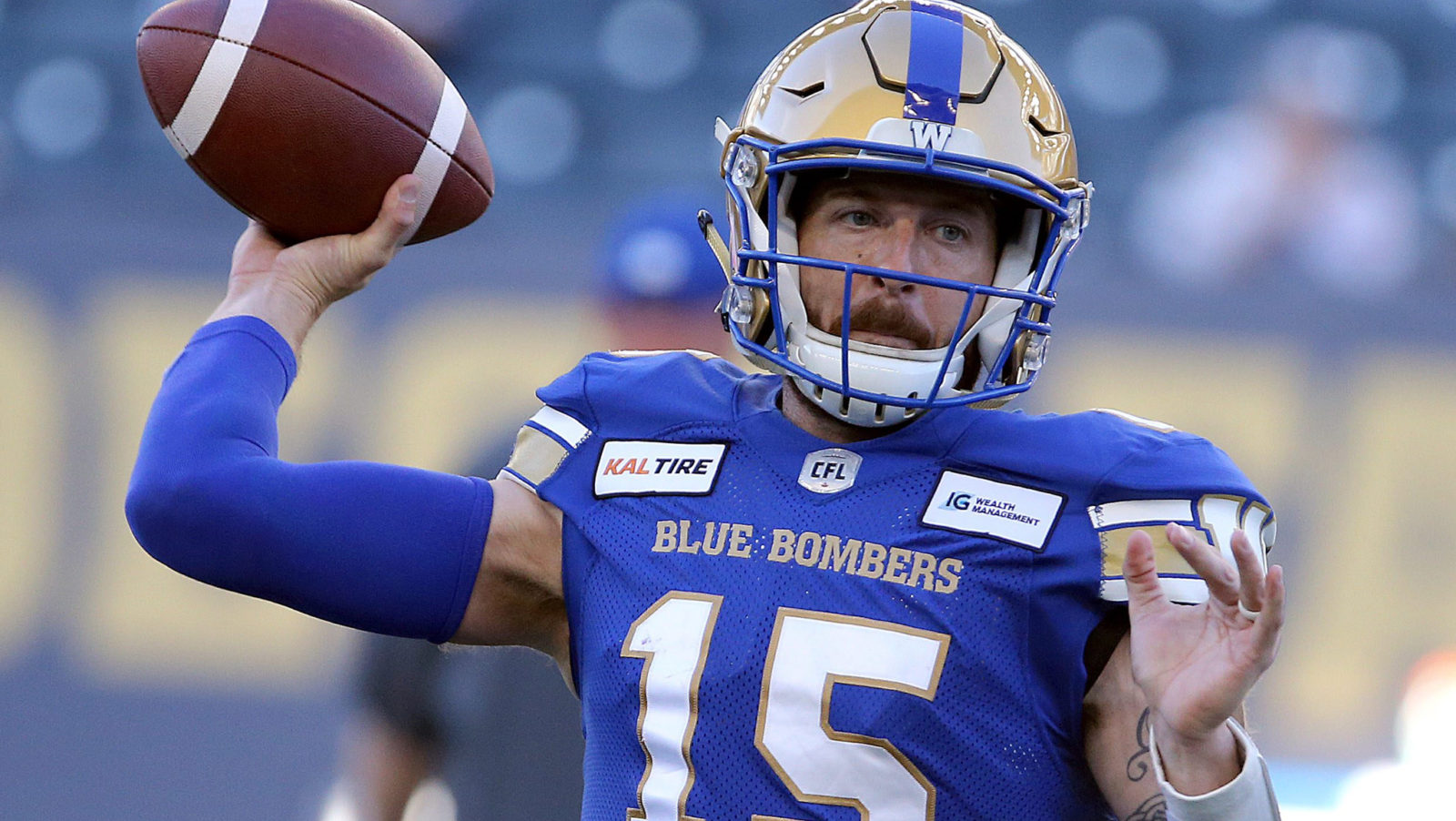 TORONTO — With free agency less than a week away, the Toronto Argonauts have made their most significant move in the most recent Michael ‘Pinball’ Clemons era.  Clemons and the Boatmen have shored up the most important position on the football field, adding former Blue Bombers pivot Matt Nichols to the quarterback mix.

Nichols was released by the Grey Cup Champion Bombers last week after the club elected to commit long term to Zach Collaros.  Nichols got off to a torrid start to the 2019 campaign as Winnipeg’s starter, completing 71 percent of his passes for 1,936 yards and 15 touchdowns while tossing just five interceptions.

Before being released, Nichols was ranked no. 2 on CFL.ca’s Top 30 Pending Free Agents list.

“Matt visited last week, primarily as an update on his health and he is ahead of schedule,” Argos General Manager Michael “Pinball” Clemons said in a statement. “Matt’s indomitable spirit, attention to detail in preparation and exhaustive pursuit of perfection separate him from the pack,” continued Clemons. “Our analytical breakdown confirmed what we thought our eyes told us. We are better today than we were yesterday.”

However, after nine starts, the 32-year-old suffered a season-ending injury forced the Bombers to acquire Collaros from Toronto in a deal that would ultimately pay off with a championship six weeks later.

Following his surgery, the pivot said he’s on track to be ready to go for the 2020 season.

“He is a proven winner and competitor. His experience speaks for itself and we are thrilled to bring him to Toronto,” said Argonauts Head Coach Ryan Dinwiddie.

Nichols helps bolster a quarterback depth chart that now also includes McLeod Bethel-Thompson who re-signed with the Argonauts on Tuesday.

Nichols has spent five of his eight seasons in the CFL with the Blue and Gold — his first three years came with the Edmonton Eskimos. In 114 career outings, the Redding, California native has completed 66 percent of his passes for 18,363 yards and 108 touchdowns.