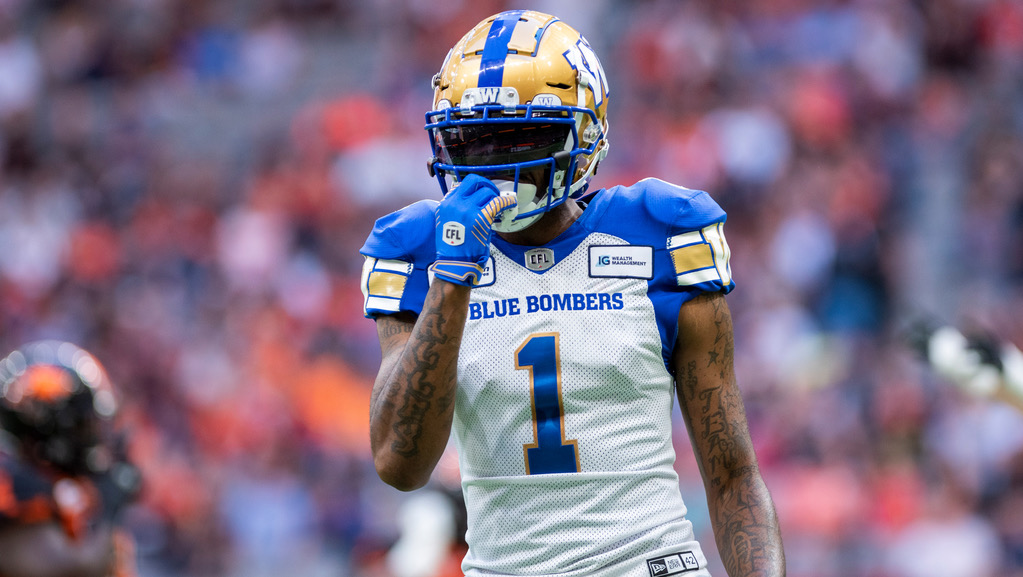 WINNIPEG — The Winnipeg Blue Bombers announced on Sunday that the team has agreed to terms with wide receiver Darvin Adams on a three-year contract extension, keeping Adams in Blue and Gold through 2022.

Adams was set to become a free agent on Feb. 11 and was ranked No. 24 on CFL.ca’s top 30 pending free agents list.

The 2020 campaign will mark the 30-year-old’s sixth with the Blue Bombers since joining the club in 2015 after two years with the Toronto Argonauts.

The veteran receiver was especially effective in the Bombers’ push to a championship, making some critical catches in three playoff games leading up to and including the Grey Cup. Adams had six catches for 105 yards and a 71-yard touchdown in the Western Semi-Final win over the Calgary Stampeders and a week later, pulled in eight catches for 93 yards in the Western Final victory over the Saskatchewan Roughriders. He then had three receptions for 11 yards in the Grey Cup decision over the Hamilton Tiger-Cats, and even completed a 13-yard pass to quarterback Chris Streveler.

He has 296 receptions for 4,226 yards as a Bomber, ranking him just outside the franchise’s Top 10 in both categories. He also has 34 touchdowns as a Bomber.