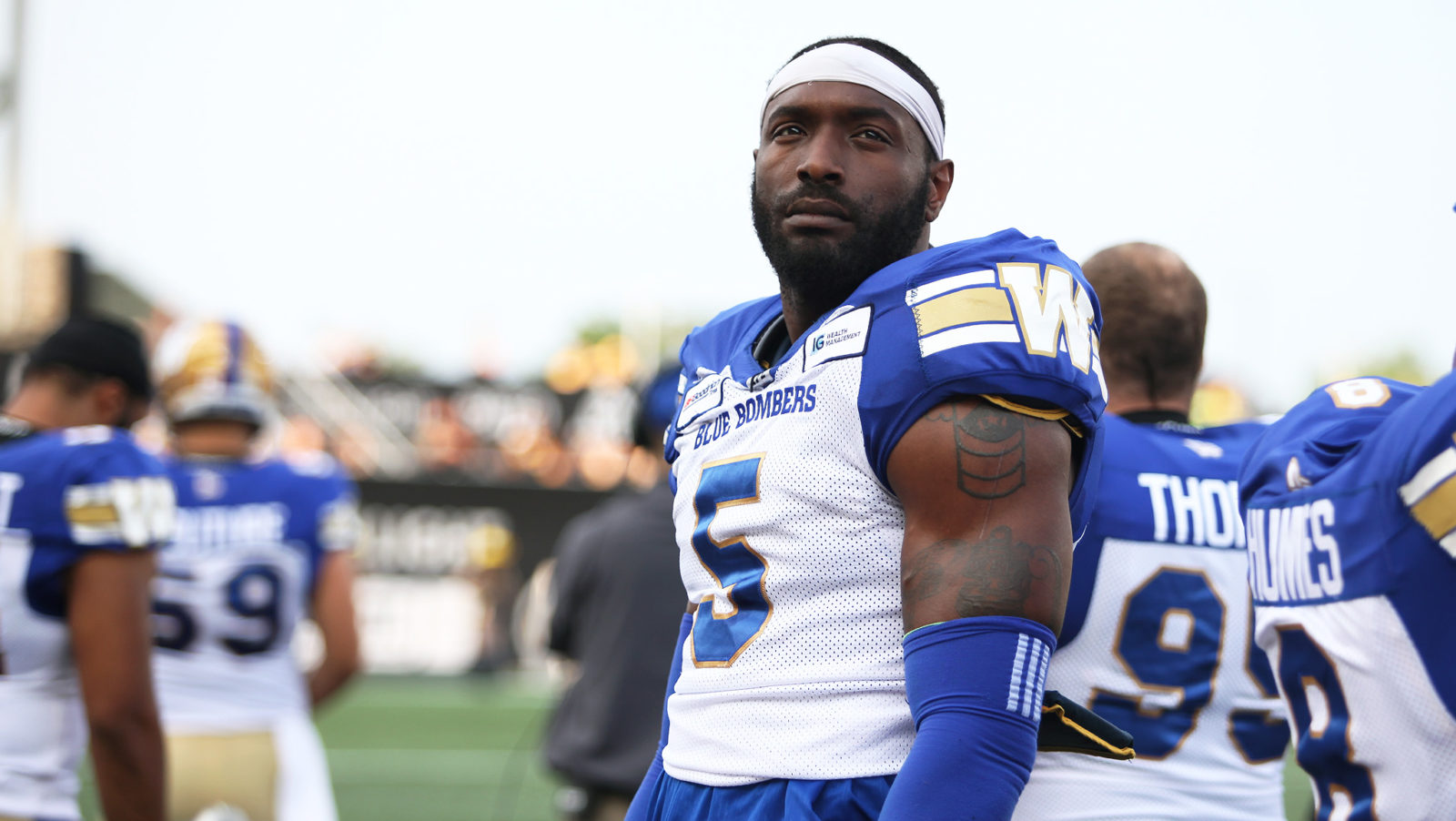 Matt Nichols had landed at Tampa International Airport and was walking to get his luggage when he first saw Willie Jefferson.

It was April, 2014 and Nichols was on his way to the Edmonton Eskimos’ spring mini-camp. Jefferson was just a large human (listed then at six-foot-six and 237 pounds) in the terminal that happened to be walking alongside Nichols. Two strangers headed to the same place, neither aware that they’d be linked together for the rest of the decade.

“I was walking side-by-side with him and I was just hoping that he was a receiver,” Nichols said on Monday, a few hours before Jefferson would sign a two-year extension with the Winnipeg Blue Bombers.

“Then we got (to the camp) and he was lined up in a three-point stance and I was like, ‘Dang it.’ Obviously, he’s playing the right position. I can’t say enough good things about him.”

Jefferson was an eye-catching anomaly at that mini-camp, the lanky defensive end (how often do you get to say that?) that looked like a receiver and in pad-less competition managed to be physically dominant against everyone he lined up against. I stood next to then-Esks GM Ed Hervey on the sidelines of that camp and he kept saying the same thing every time Jefferson out-quicked or overpowered someone. He shouldn’t be here.

There have been NFL opportunities for Jefferson but each time he’s explored them, he’s found his way back to the CFL. He’s one of those players that are perfectly suited for the Canadian game and his stats reflect it. Last year he had a career-high 12 sacks and 16 knockdowns; a league record for a d-lineman. Playing for the Riders in 2018, he had two pick-sixes where he snagged the ball just after it left a QB’s hand.

One of those came against Nichols.

“He picked me off at the line of scrimmage when I was throwing hot in cover zero, which I’ve never seen before,” Nichols said.

“Then he did the exact same thing to (Mike) Reilly. Me and Reilly were texting each other like, ‘Dude, nobody else in the world would make those plays.’ He definitely brings something special that other guys just can’t do. And he’s a vocal leader. He’s a good family guy and just a good person you want to have around. He just checks all the boxes. Hopefully he ends up here.”

After a well-documented free agency tour through Toronto and Hamilton, Jefferson chose the Bombers. A defensive player of the year win and more important to him, bringing a Grey Cup to Winnipeg for the first time in 29 years, was too hard to turn down.

Reasons @Stmn_Willie_Bmn staying with @Wpg_BlueBombers have to do with legacy, wanting to stay with coaches and players he connected with and his love of the community and fans. Said it didn’t make sense to leave. #CFL #bombers

If there’s bitterness on the part of the Argos or Ticats, it’s only rooted in knowing what they lost. Had he chosen the Argos, Jefferson would have brought instant credibility to a team that’s already taking on a tough, physical demeanour. Had he chosen Hamilton, partnering on a d-line with Ted Laurent and Ja’Gared Davis? It could have been the CFL equivalent of the Golden State Warriors adding Kevin Durant in 2016.

Instead, Jefferson and his family chose Winnipeg, where he knows the coaching staff, knows the majority of his teammates, many of them taking less to stay strong as a whole. His presence reaffirms what that Bombers defence will be about in 2020 and beyond. There is no bigger game-changing presence on the defensive side of the ball in this league.

There was a hint of wonder in Nichols’ voice as he described the feats that Jefferson is capable of. He was with him for a year and a half after that mini-camp in Florida and was of course part of that Grey Cup-winning team this past year.

“Even if he’s not making plays you still know where he is,” Nichols said. “And you know if he’s not getting sacks he’s knocking balls down because he’s humongous. He’s done some crazy things.”