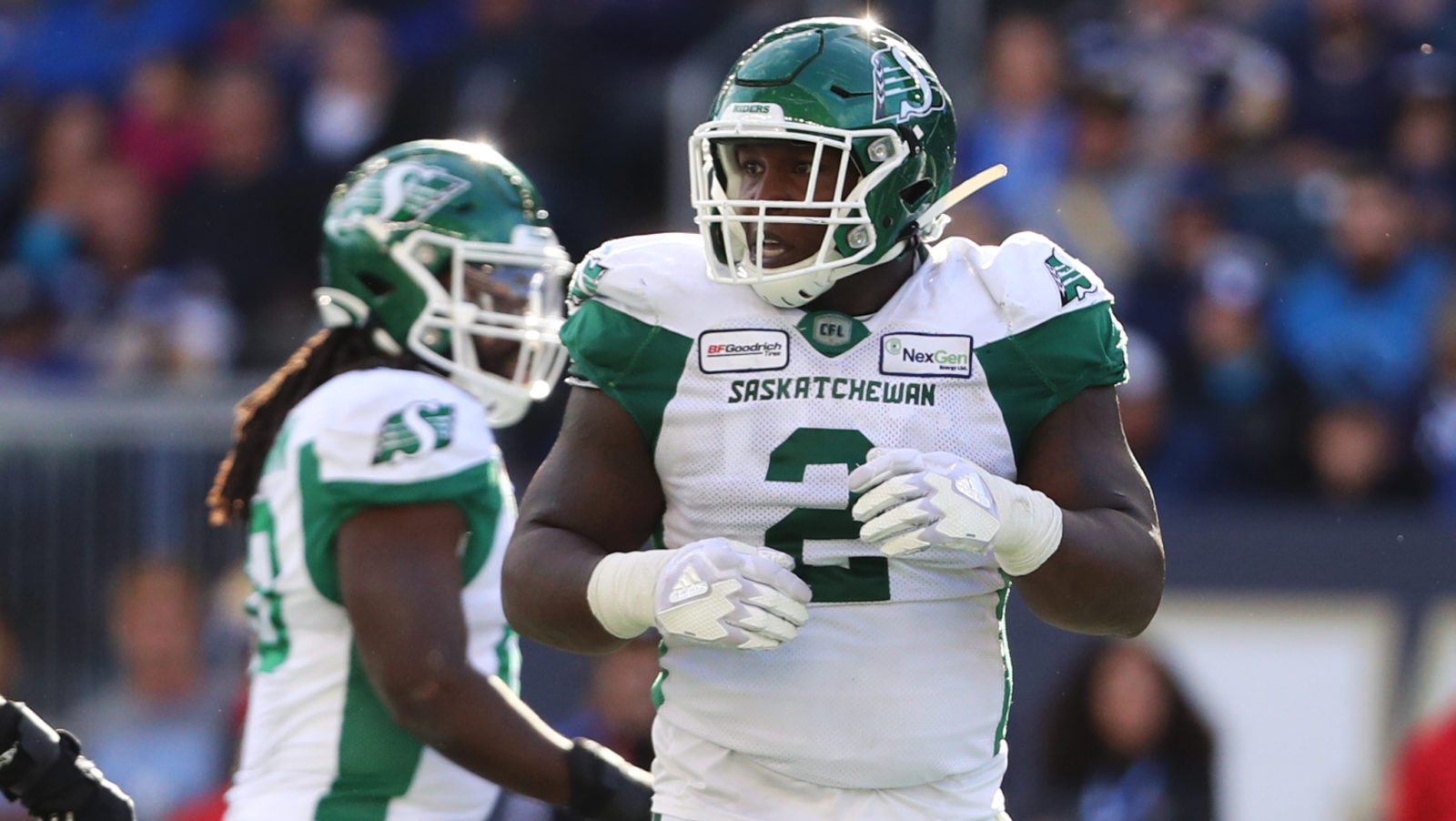 If you ask me, Willie Jefferson is hands down the top available free agent with the signing period opening on Tuesday. I argued that with Marshall Ferguson late last week in our first 2020 edition of Berg vs. Ferg, mainly because I don’t know a single other player capable of instantly transforming a team. Jefferson isn’t the only high-impact defensive player potentially up for grabs, though. In fact, that’s where most of the star power resides as free agency opens up on Tuesday.

Jefferson leads the free agent pack for myriad reasons. First off, being the defending CFL Most Outstanding Defensive Player carries a ton of weight. It’s more than that, though. Jefferson’s pass-rushing ability is unmatched, which we all know. But it’s his ability to drop into coverage and track opposing tailbacks that really underlines how many different ways he can affect a game. With reported interest from Hamilton, Toronto, and his 2019 team Winnipeg, Jefferson is undoubtedly going to get paid like the most devastating defensive player in the league.

RELATED
» Berg vs. Ferg: The biggest name on the FA board
» FA Tracker: Who could hit the open market on Tuesday?
» Jefferson, Walker dominate free agency headlines

While Jefferson mulls over his options, I’m equally as fascinated to see where Micah Johnson lands. Johnson’s first season with the Saskatchewan Roughriders was a down year statistically. He finished with four sacks, down from his career high 14 with Calgary in 2018. Still, Johnson remains one of the league’s most disruptive interior defensive linemen. The attention he saw last season absolutely contributed to the 25 combined sacks racked up Charleston Hughes and AC Leonard on Sask’s defensive line.

In that same conversation with Johnson is fellow defensive tackle Dylan Wynn, who is fresh off a breakout season with the Tiger-Cats. Wynn led all interior linemen with 11 sacks last season and was an integral part of Hamilton’s feared defensive front that also included Ja’Gared Davis and Ted Laurent. With Laurent already re-signed and a reported deal to bring Davis back in place, Wynn should find himself well sought after, especially considering he’ll be a fresh 27 years old when the season starts.

With Solomon Elimimian, Don Unamba, and Larry Dean all unsigned as this column publishes, there’s a trio of linebackers ready to jump in and make an instant impact, too. Elimimian is coming off a resurgent season (88 tackles, four sacks) and will be as motivated as ever knowing the Riders won’t be bringing him back.

Unamba and Dean are both coming off their first years with the Edmonton Eskimos after time in Hamilton. They’re also both coming off outstanding seasons. Unamba has established himself as one of the CFL’s best cover linebackers and finished with a career high six sacks in 2019. Dean, on the other hand, completed a third-straight season with 80+ defensive tackles and did a great job stepping into the middle of Edmonton’s defence.

There are still unsigned big names on offence, led by receivers Derel Walker and S.J. Green and running back C.J. Gable. But, on the eve of 2020 free agency, the vast majority of elite talent is found on the defensive side of the ball. Let the frenzy begin!

Stampeders fans got some interesting news when quarterback Bo Levi Mitchell opted to undergo shoulder surgery in his throwing arm in early January. It left some doubt about Mitchell’s readiness for training camp, pre-season, and Calgary’s regular season opener on June 12th. While that uncertainty still exists, it sounds like his recovery is very much on track.

“I feel good,” Mitchell told me late last week. “Rehabbing five days a week, I think…the cliché saying is that (I’m) ahead of schedule. I don’t think anybody really knows what your schedule is. You don’t really know what date you’re going to be back by; it’s a test, retest kind of thing.

“I know that I can pick up the ball and start throwing at the end of April, beginning of May. From there how fast do I progress in order to be ready for training camp and then for the season? I would say anything they’ve asked me to do I have been ahead of that, but again, that schedule is kind of arbitrary in the sense that you’re just kind of setting goals for yourself. Once you surpass those it’s just a confidence thing. (I’m) continuing to move past certain milestones as far as external rotation, degrees of external rotation, and strengths in certain ranges of motion. Mentally I’m good, confident about everything and I feel like I’m going to be back pretty strong.”

The surgery came out of nowhere for some when it was announced, mainly because there was a thought Mitchell was past the injury that saw him miss nine games in 2019. As it turns out, that injury to Mitchell’s pectoral muscle was related to the shoulder injury he just had fixed last month.

“It’s a repair in the shoulder and getting it healthy and strong again,” Mitchell said. “The pec was really a symptom of what had happened. Once I pushed past that a little bit, I was able to compensate at times and find different ways to throw and found success there for five, six games coming off that injury. It wasn’t something that went away and it’s something I had to fight through everyday.

“At the end it got the better of me, so it was a personal decision that I made in talks with doctors and Dave (Dickenson) and those guys. Luckily they were on board and having confidence in me to get it done. I’m sure no one wants to hear their franchise guy is going under the knife, but it was definitely necessary to get me back to where I want to be and protect myself…for the next five to eight to ten years or wherever my career might take me.”

In the end, it’s tough to argue this isn’t what’s best for everyone involved. Mitchell’s 2019 was frustrating and culminated in a tough loss to Winnipeg in the Western Semi-Final. Everyone involved knows this procedure will allow Mitchell the best chance to return to MOP from, even if that means a somewhat stunted start to the season.

“I think no matter what, the coaches are going to be cautious as far as training camp. My hope is to be back in training camp, doing footwork, doing things like that and just seeing how I progress once I start throwing the football. If I’m feeling good enough to be in training camp, then I’m going to do it because that’s when I can get better and kind of get sharp going into the season.”