Back In Black: Dylan Wynn elects to remain in Hamilton

Back In Black: Dylan Wynn elects to remain in Hamilton

Wynn confirmed in an Instagram story video 30 minutes before the free agency period opened at 12 p.m. ET on Tuesday that he has decided to sign an extension with club. He signed a two-year deal to remain with the Tabbies.

He has been one of the most dominant inside linemen in the CFL was ranked seventh on CFL.ca’s Top 30 Pending Free Agents list.

“The Ticats are getting a guy back who controls the line of scrimmage,” said CFL.ca’s Davis Sanchez. “Every team wants and needs a strong defensive lineman, but it is imperative for the Ticats as the style of defence that Mark Washington likes to call, and that Coach O has always called, is one that doesn’t blitz as much. They would rather play coverage and hope that front four holds up.” 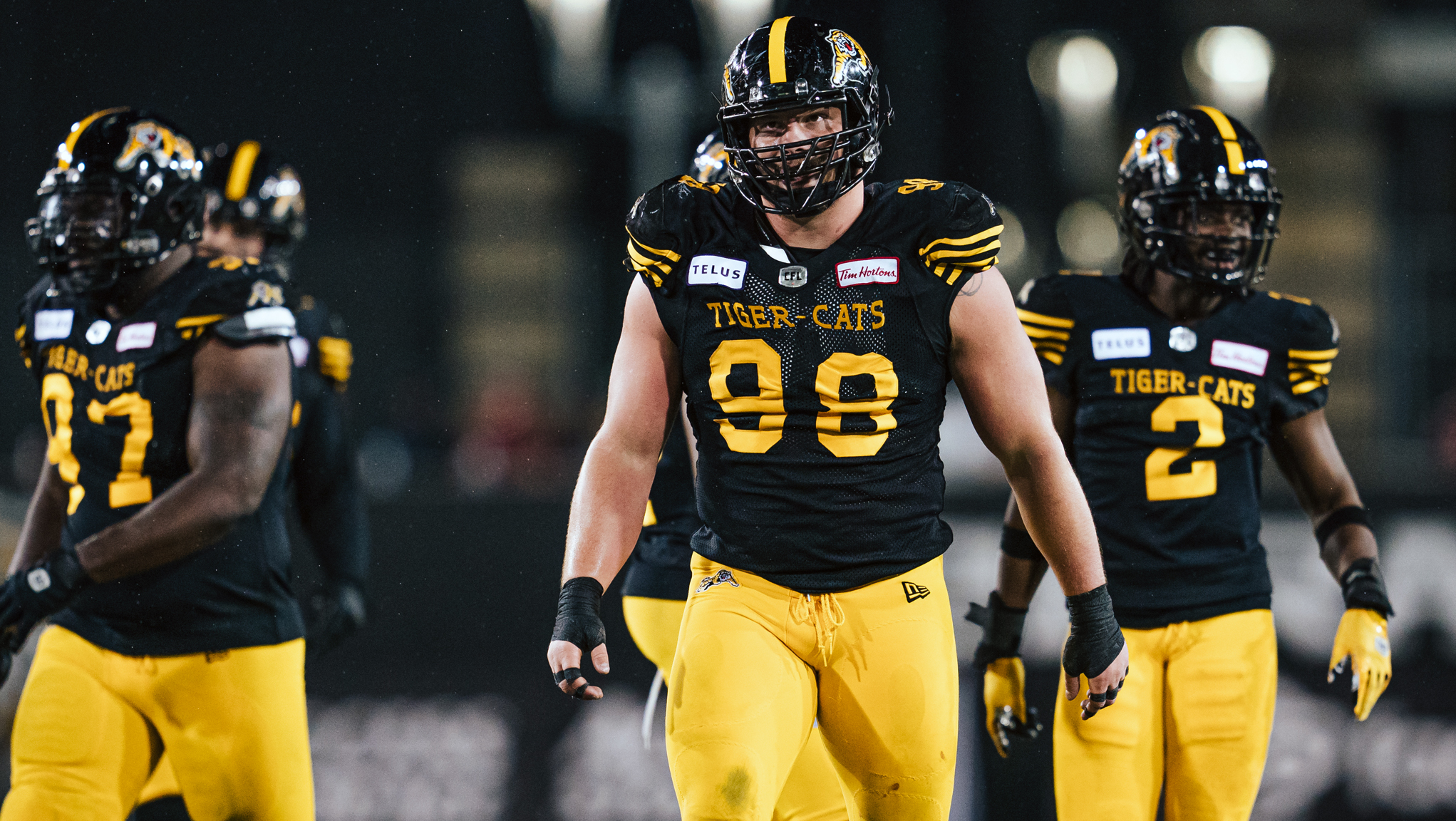 After leaving the Toronto Argonauts to join the rival Hamilton Tiger-Cats, Wynn had his best season to date.

Wynn had a streak of five straight games with a sack, and in Week 11 against the BC Lions, he got to the pivot on three occasions.

The 26-year-old Oregon State product also registered eight tackles in a forced fumble during the 2019 playoffs, with three of those tackles coming in the 107th Grey Cup presented by Shaw.

Wynn has played in 44 games over three seasons in the CFL, putting up 108 tackles and 19 sacks.