TORONTO — After making a number of moves ahead of the free agency, the Toronto Argonauts have added athletic Canadian receiver Juwan Brescacin to the fold. 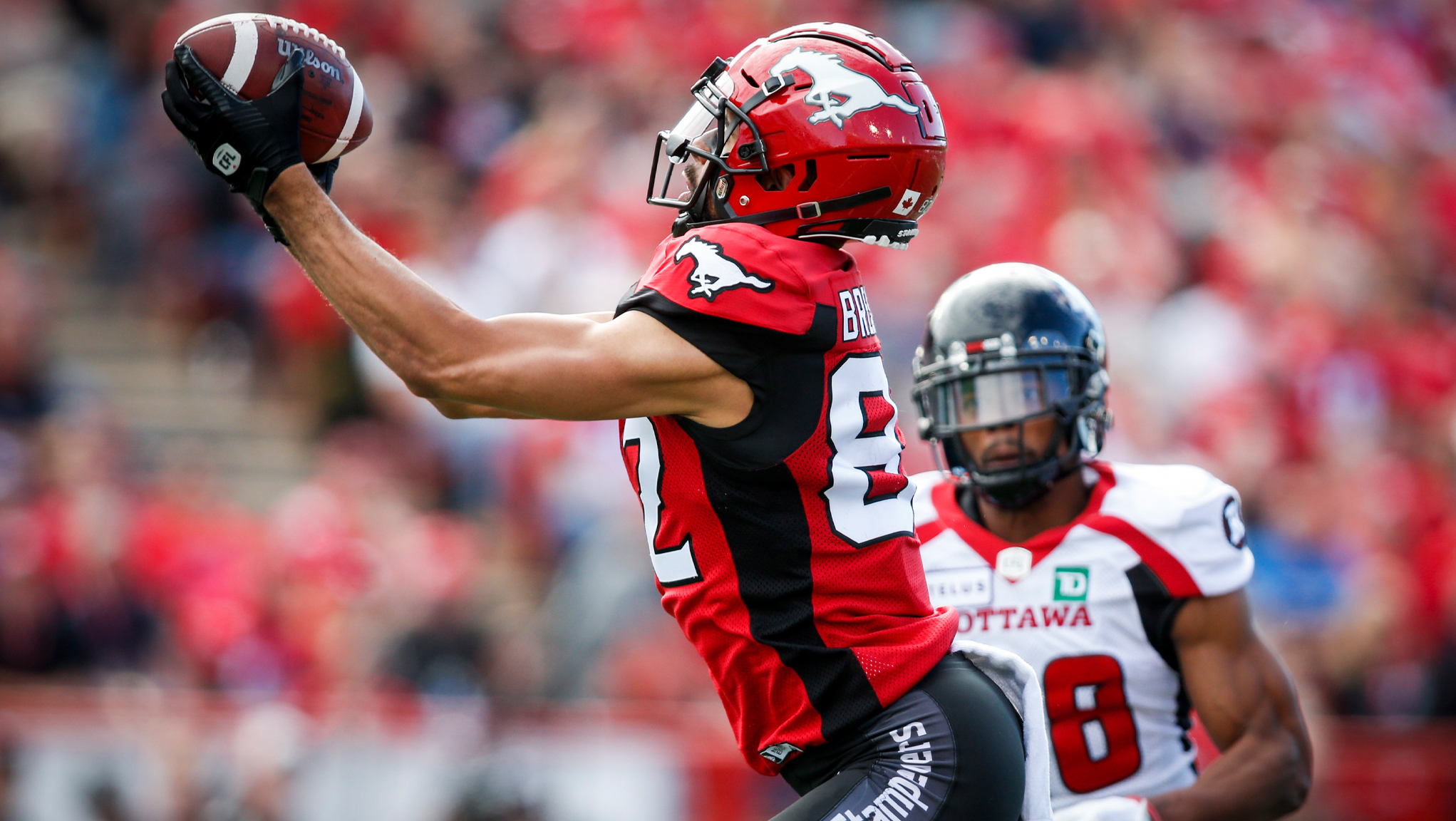 His best season to date came in 2018, when the Mississauga, Ontario native had 35 catches for 567 yards and three touchdowns while appearing in all 18 games for Calgary.

2019 saw the 27-year-old get off to a fantastic start. He hauled in nine balls for 132 yards and three touchdowns in his first three games.

Following the Stamps’ Week 7 game against the Ottawa REDBLACKS, Brescacin was placed on the six-game injured list and missed the remainder of the year.