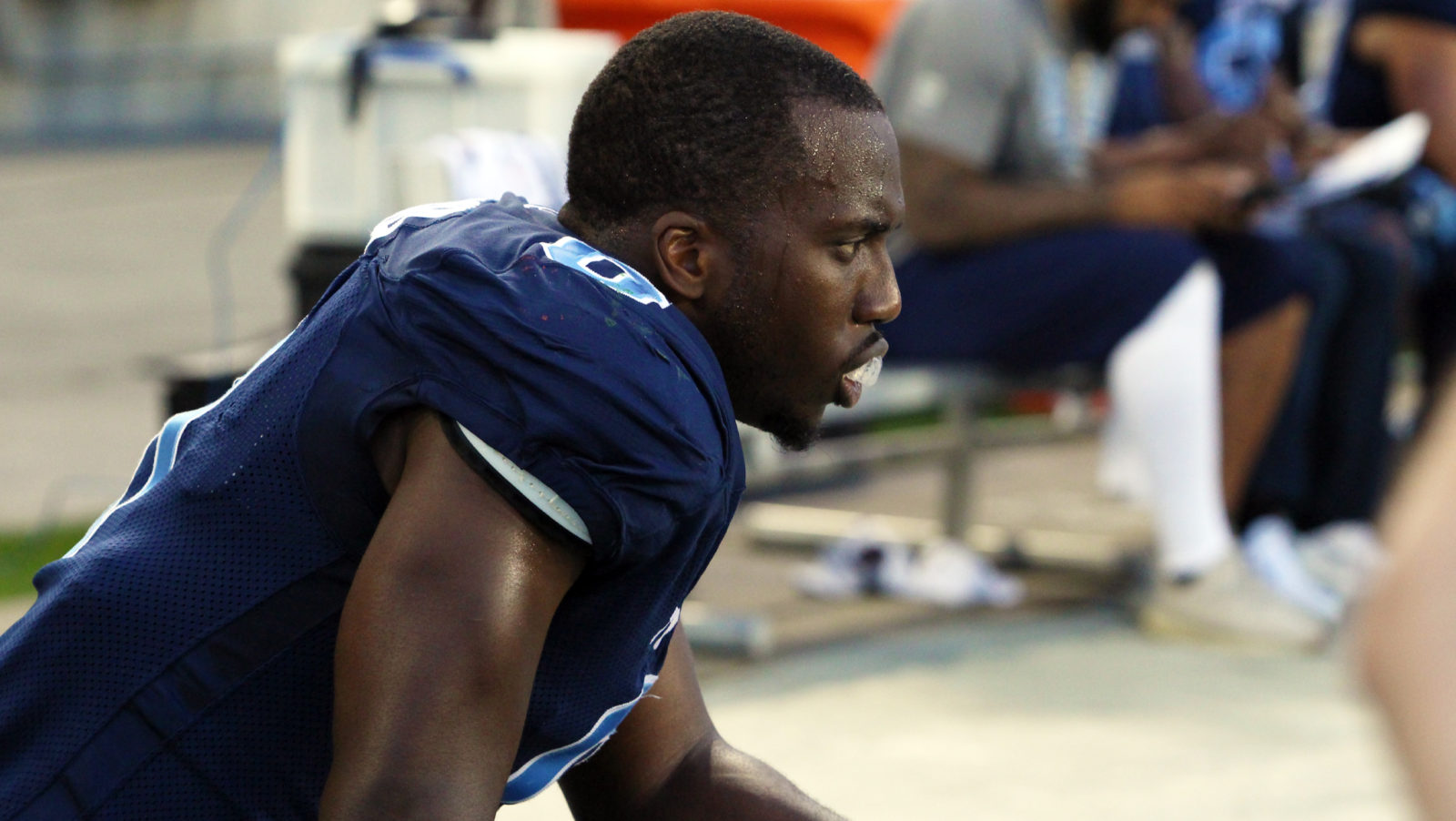 Antigha is a three-year Canadian Football League veteran with 46 career games played during his days with the Saskatchewan Roughriders (2017-18) and Toronto Argonauts (2019).

The 26-year-old product of Tampa, Florida played in 11 games with the Argos last year, finishing with 20 tackles and two interceptions.

Antigha played in 35 games over two years with the Riders, registering 51 tackles, seven sacks and three interceptions, one of which was returned for a touchdown. In 2017 he was named Saskatchewan’s Most Outstanding Rookie.

Antigha played his college ball with the Presbyterian College Blue Hose of the Big South Conference, lining up for four years as a receiver and finishing with 105 receptions in his junior and senior season.

He was converted to defensive end after flashing his athleticism at a Roughriders min-camp.