Cauz: Why Nichols is the most intriguing storyline in 2020 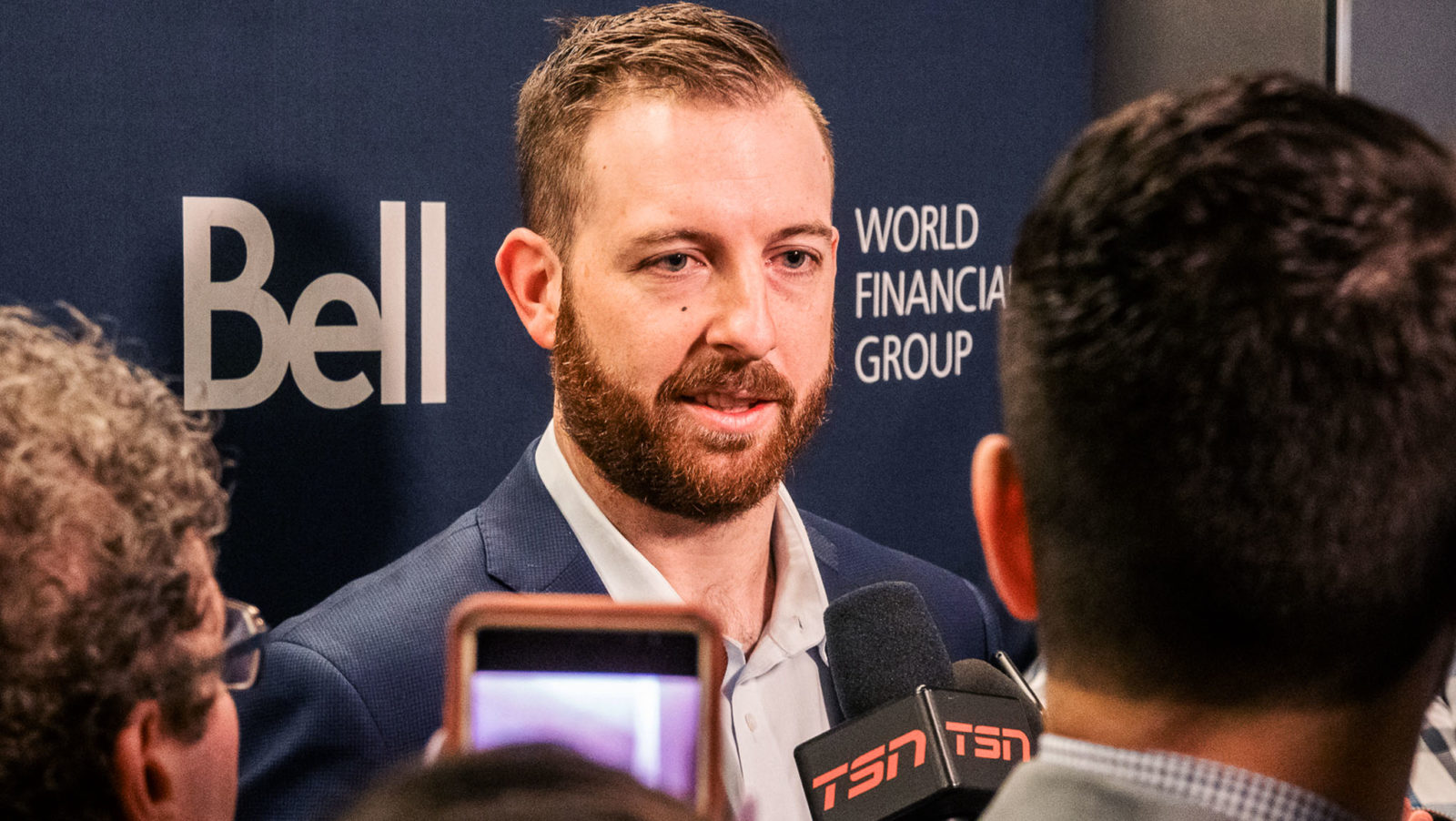 Cauz: Why Nichols is the most intriguing storyline in 2020

Now that we are done with the flurry of signings as thousands of pounds of football player will be sent all across Canada to their new homes, we may have forgotten the most interesting free agent signing.

Being a sports fan often means contracting an acute case of recency bias so I understand how Matt Nichols signing a three-year deal with the Toronto Argonauts on Feb. 6 has been pushed to the side of our collective CFL conscious, so allow me to give it the attention it deserves.

Matt Nichols is the most interesting storyline for the 2020 CFL season. You get everything from redemption, revenge and what should be a rather heated quarterback battle.

Let’s start with redemption. Nichols has always been one of the more polarizing players splitting fans into two camps “All this guy does is Win” versus “Game Manager.” I myself have vacillated between both sides and I find myself setting up my pup tent in Camp High-End Game Manager. There is no shame in this label, not every quarterback can be Bo Levi Mitchell or Mike Reilly.

When Nichols took over for Drew Willy on July 28, 2016, he was part of a Winnipeg Blue Bombers team that had a meager win total of 21 games from 2012-2015. In his first game, he beat Mike Reilly and the Edmonton Eskimos 30-23 completing just under 80 per cent of his passes for 304 yards and one touchdown. Since then Nichols has done a whole lot of winning going 45-28 for his career and helping lead Winnipeg to double digit win seasons every year from 2016 to this past year, where he was 8-2 before injuries cut short his 2019 campaign. In his best season, 2017, he also was a key part in the Bombers leading the league in scoring so clearly he is an above average quarterback.

There is another side to this evaluation; there is a reason why the scarlet letter of “Game Manager” has always followed Nichols. He never put up gaudy numbers, was never named an All-Star and the eye test would leave you wanting him to challenge secondaries deep. He just never felt like he could be that quarterback to put a team on his back in a big game and get you 35 points against an upper echelon opponent.

Again, I know this sounds like a criticism but let’s be honest, there are only a handful of passers who can do this. Zach Collaros is a Grey Cup champion but that has as much to do with the Bombers defence forcing a Ka-Billion turnovers and Andrew Harris dominating the Tiger-Cats.

Critics will point to his playoff record of 1-4 and again this narrative will divide the fans. On one side, the great quarterbacks build their legacy on what they do in the post-season (Henry Burris and the 2016 Grey Cup) and the elite find a way to get it done. That belief system certainly makes sense in the hyper competitive world of professional football. But can you really blame Nichols when his defence gave up 71 points in his first two playoff games, a 32-31 loss to the BC Lions in 2016 and a 39-32 loss to Edmonton the following year? In 2018 Winnipeg fell 22-14 but I can’t think of many quarterbacks having a great day against a defence that had Micah Johnson, Ja’Gared Davis, Alex Singleton, Cordarro Law, Tre Roberson and Jamar Wall. I left out a bunch of notable defenders but the point is the 2018 Stamps were stacked!

Matt’s one playoff win, a 23-18 victory over Saskatchewan, came with him throwing for under 200 yards as the star that day was, of course, Andrew Harris and a defence that had two interceptions and allowed just one touchdown. So we are again left with trying to quantify the importance of the “Quarterback Win” statistic and just where Nichols ranks in the CFL quarterback ecosystem.

Now imagine Matt stepping into Toronto and turning around an Argonauts team that has gone 8-28 over the past two years! If he can pick up where he left off in 2019, if he can prove he can get it done outside of the brilliant Bombers organization then he will be able to silence so many of the critics. A great year with Toronto would mean the end of the “Game Manager” narrative. Throw in his comeback from that shoulder injury and you have all the ingredients for a classic redemption story.

Then there is revenge. What sports fan doesn’t love a good old fashioned “screw you” season from a prominent player towards his old team? Winnipeg GM Kyle Walters was in a difficult situation about what to do at quarterback. I’m not going to fault him for choosing Collaros. However, that doesn’t mean I’m not going to take extra delight in watching Nichols if he succeeds. Matt gave Winnipeg stability and winning for five seasons but that wasn’t enough for the Bombers. Hey, it happens all the time in sports but it doesn’t mean that Nichols has to agree with the decision.

I can’t wait for Week 8 when Winnipeg visits BMO Field. I bet most neutral observers are hoping for a last minute game winning touchdown pass to DaVaris Daniels then Matt immediately giving the stink eye to Mike O’Shea.

So now that we have redemption and revenge ticked off, we have one final story that always sucks in football fans: the quarterback battle. “I see myself as the starter and I see myself leading this team to a lot of wins this year.” That was from incumbent Toronto Argonauts quarterback McLeod Bethel-Thompson on February 4 while speaking with TSN’s Matthew Scianitti. Two days later Nichols was signed and so here we are.

Bethel-Thompson is in some ways the opposite of Nichols as he does put up big fantasy numbers but not a lot of wins. The contrasting style of play is part of what makes this duel so fascinating. Both quarterbacks have so much to prove. Nichols wants to show Winnipeg they made a mistake while Bethel-Thompson wants to do the same towards his current team. I’m sure McLeod understands the value of quarterback depth, this past Grey Cup is a perfect illustration of the need for two capable throwers, but there must be a part of him upset the team invested so heavily in Nichols.

Matt Nichols is heading on a hell of a journey this year, if I was Dos Equis, I’d immediately sign him up for their next TV campaign because in 2020 Matt will be the most interesting man in the CFL world.