Leonard: ‘I want to be where I’m loved’ 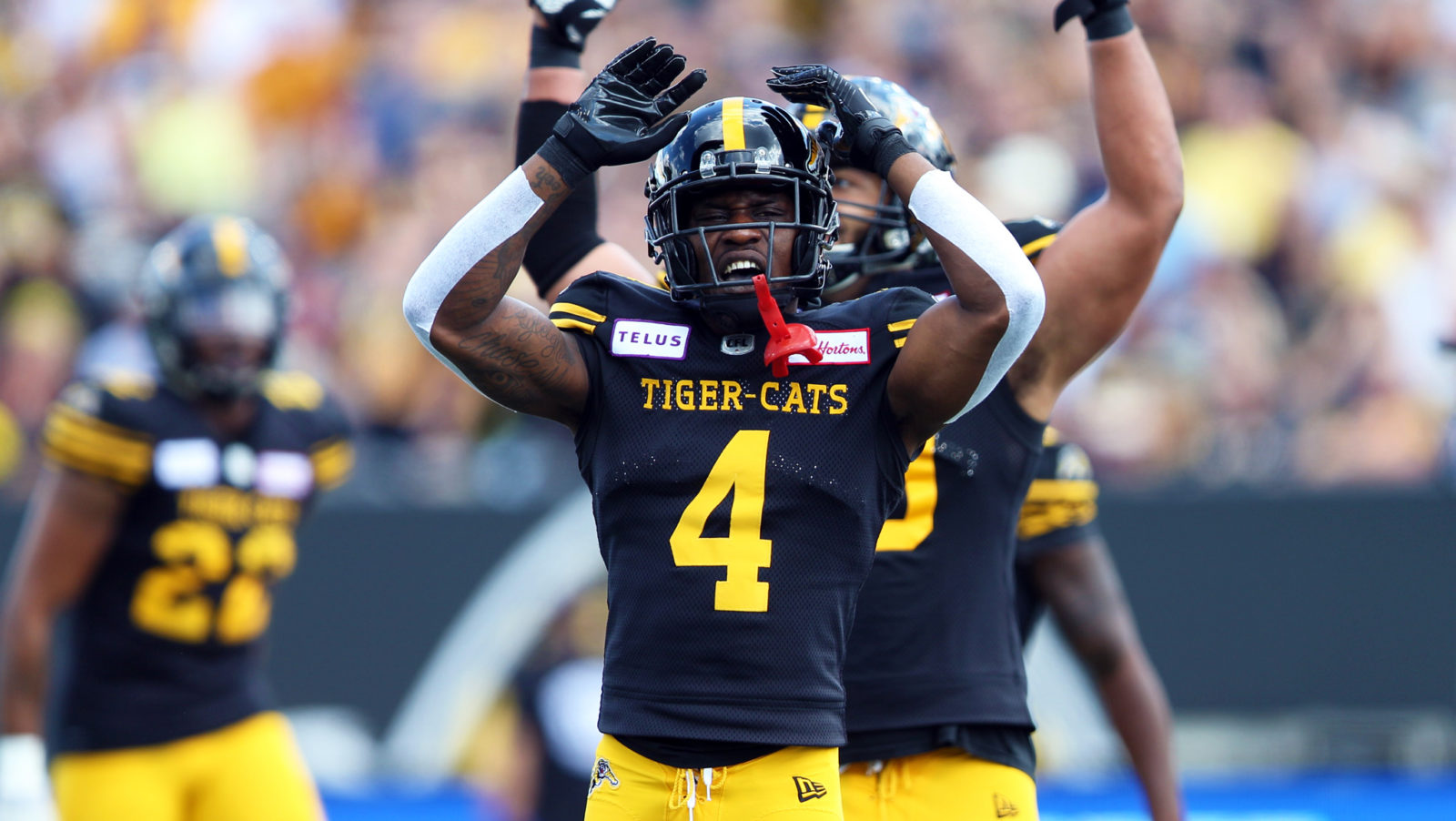 Leonard: ‘I want to be where I’m loved’

But the Stampeders believe they may have found his replacement in free agency with 2019 CFL All-Star Richard Leonard.

Though, he doesn’t see it that way.

“Of course, I’ve been watching him for three years,” said Leonard, who admired the long-time Stamp. “I like how he plays, he’s very instinctive, and he’s smaller like me. I’m just ready to come in and not say, fill his shoes, but bring my attributes and do what I do best – which is make plays and be around the ball.”

Although he wasn’t the first player signed by Calgary on Day 1 of CFL Free Agency, he may have been the biggest.

The 5-foot-8, 173-pound defensive back from Miami was approached by Stampeders’ management during the new CFL free agency negotiation window, and with some persuasion from defensive back’s coach Josh Bell, Leonard agreed to a deal.

“It went well,” Leonard said of his conversation with Bell. “It sounds like they really wanted me and they’ve got big things planned for me. I’m just glad to be here. He just told me that with the type of player that I am, I would make a lot of plays in their defence. They love me here, so I want to be where I’m loved.”

Starting a new chapter in my life and it happens to be with the @calstampeders . Excited to explore the new opportunities that awaits for me….. I’m about to paint the city RED

Leonard – who received East Division all-star recognition in 2017 and 2019 – started all 18 regular-season games at halfback for the Ticats in 2019, registering 55 tackles – including two tackles for loss – four interceptions – including one returned for a touchdown – two forced fumbles, one fumble recovery and eight knockdowns.

While he spent most of his time at the halfback, Leonard is fully capable of moving around in the secondary.

“I think I’m a very versatile player,” he said. “I can play everything in the back end. I love to tackle – I’m not a big guy – but I love to tackle and I just love to make plays. I’ve got a knack for the ball, so whenever you see the ball, you’ll see me around.”

The decision to come to Calgary wasn’t a hard one for Leonard, and with having spent time in Calgary during the season and throughout the Ticats’ Grey Cup run in 2019, he’s spent plenty of time in the area.

“Just the organization; how it’s such a winning culture,” Leonard said, explaining his rationale for joining the Red & White. “I just wanted to be where I’m loved at and where they know how to win.

“I love the city. When I was in town for a week during the season and then the week during Grey Cup, it’s such a beautiful city. It’s a really nice place and I’m just ready to play and show the fans what I’m all about.

“We went out of town for a day, but we spent most of our time downtown and there are so many good places to eat. So, I was just out there eating and loving the city.”

Leonard and fellow newcomer Branden Dozier have already started to get to know their teammates. Additionally, he’s quite happy that he no longer has to face-off against his new quarterback, Bo Levi Mitchell.

“I don’t really know anyone, but we’re in a group text message, so we’re just introducing ourselves and we’ll be familiar with each other real quick,” he said.

“It’s very nice. Every time I played the Stampeders, it was always trouble game-planning for Bo. I love to have him as my quarterback and I just want to help him out on the other side of the ball by getting it back for him. I’m just very excited.”