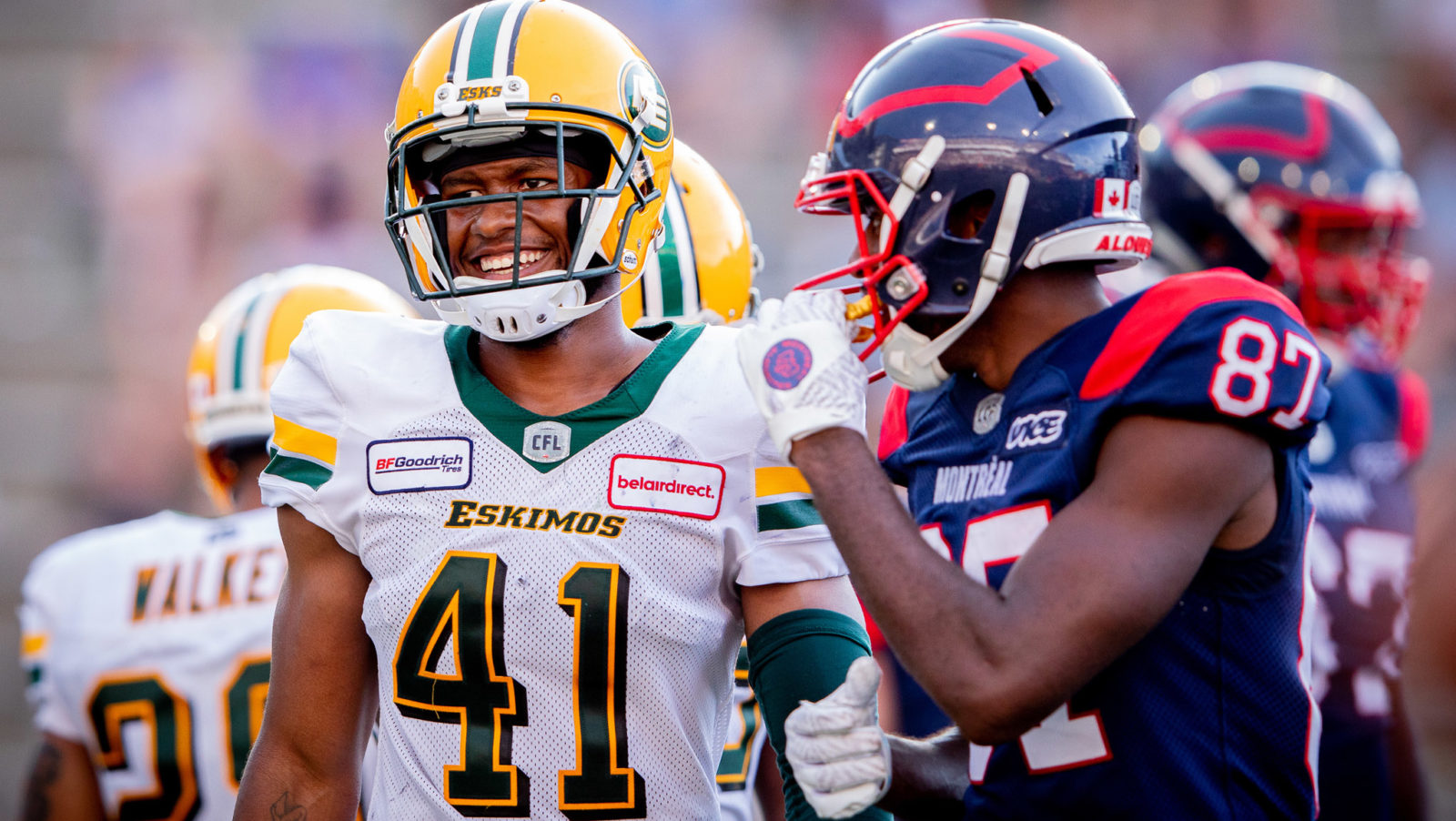 MONTREAL — While growing up in Prosper, Texas, he went by Monshadrik Hunter, but just a few years into his professional football journey, the man now known as ‘Money’ has been just that in the defensive backfield.

After spending his first two seasons in the Canadian Football League with the Edmonton Eskimos, the Arkansas State product will be plying his craft with the Montreal Alouettes in 2020. 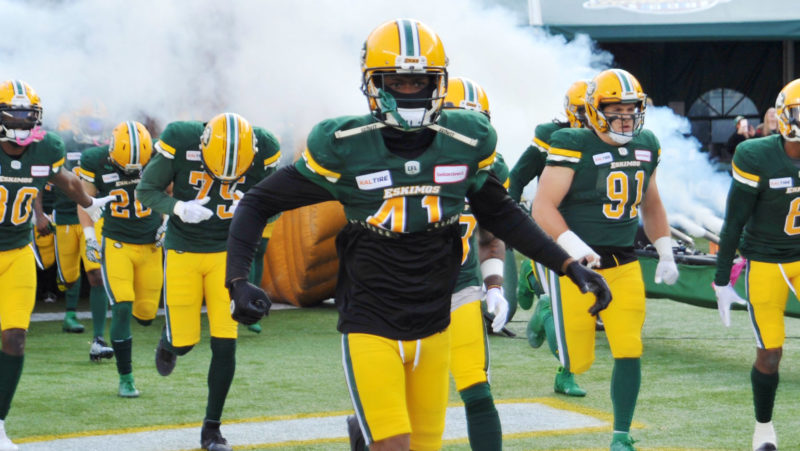 Money Hunter runs out of the tunnel with his teammates from the Edmonton Eskimos. (Walter Tychnowicz/CFL.ca)

Hunter held down the halfback spot opposite Josh Johnson for the Eskimos during the 2019 season. He finished the year with 59 tackles, two special teams tackles, one sack and a pair of interceptions while suiting up for all 18 games with the Green and Gold.

With a chance to explore his options on the open market, Hunter took full advantage, landing in the East Division with the Als.

Montreal has seen some turnover in the secondary over the off-season. The team lost both Tommie Campbell and Bo Lokombo to Toronto — the former signing with the Double Blue after being released while the latter was shipped out to the Argos.

They did re-sign Ciante Evans following the opening of the free-agency window, and along with Hunter, former Esks defensive back Tyquwan Glass also joined the Als.

With Montreal, Hunter will be reuniting with a familiar face in Barron Miles, who served as the Esks’ defensive backs coach from 2016-19.

“Last year, I started watching more video and looking more into the game plans. Thanks to Barron, I was able to better understand the game, to really dissect it, explains the young defensive half,” Hunter said to MontrealAlouettes.com. “He taught me to study strategies and I knew I would be comfortable playing for him again. ”

At just 24 years old, the sky is truly the limit for Hunter. He has just 30 games of experience under his belt and should continue to improve with every outing — something that Miles knows well.

“He is talented enough to stand out in several positions,” Miles said. “It will give guts to the tertiary sector. (He) is slender, fast and has a good length. He will enter his third season, so the game will seem slower. He can only improve.”

With the revamped secondary, the Alouettes are going to be doing their best to better their record from 2019 and be a contender for the East Division crown in 2020.

With Hunter, the Als have a player that will help energize the defence. However, he knows that he has to play with more control.

“My love for football is so great that I had to learn to control my passion. I’m still working on it, he admits. Some will say that I am too agitated or exuberant. I know that I am not a calm player, but it is enough that I use my energy wisely and that I use the right techniques. “