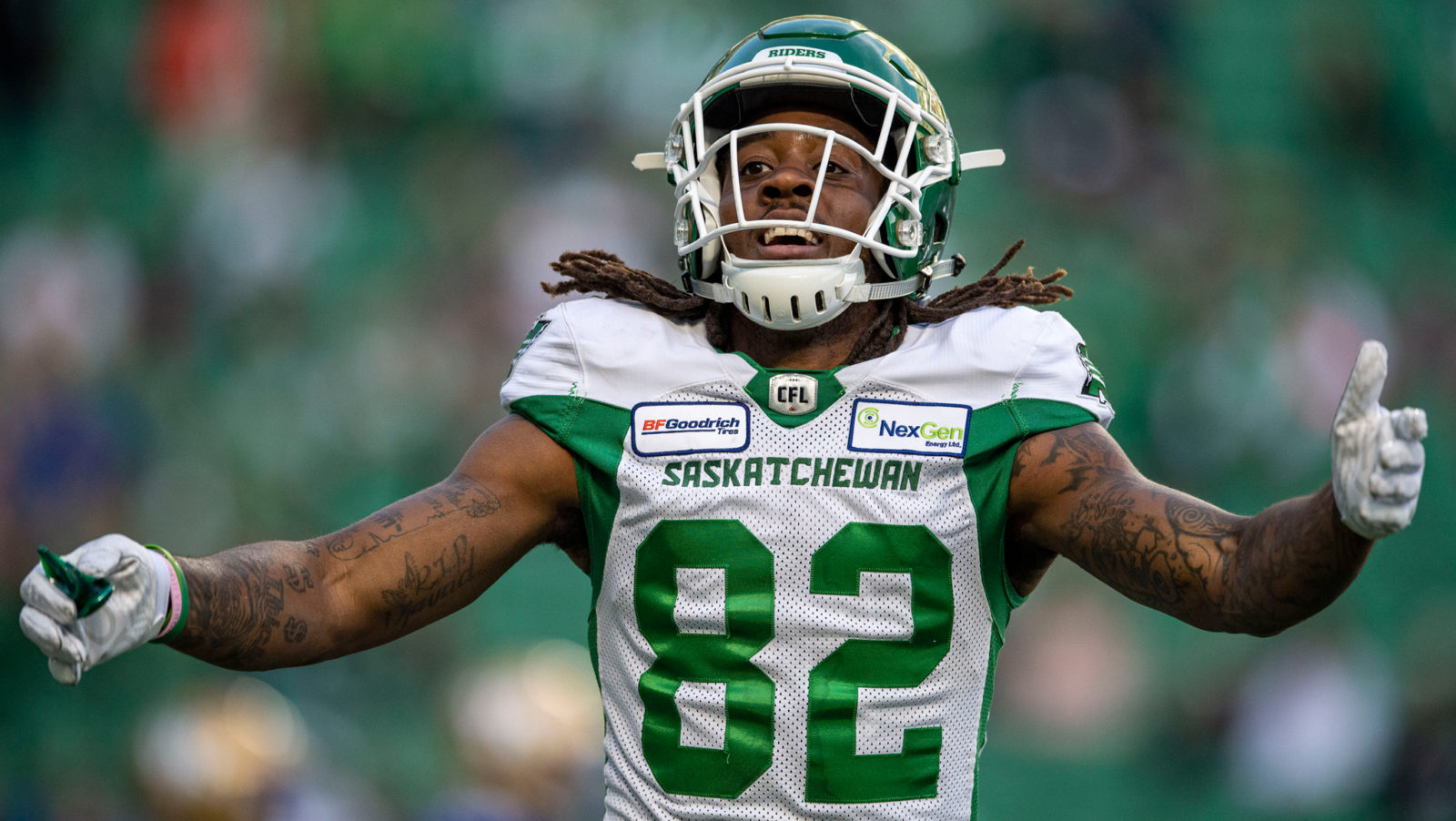 The five-foot-11, 195-pounder spent five seasons in the CFL, all of them with the Saskatchewan Roughriders. The 32-year-old played in all 18 games with the Green and White in 2019, making 77 catches for 946 yards and a touchdown. During his career, Roosevelt appeared in 67 games, reeling in 301 balls for 4,134 yards and 20 touchdowns.

The Buffalo, NY native has been named a CFL All-Star on one occasion (2017) and has a pair of 1,000-yard receiving seasons under his belt. Prior to his time in the CFL, Roosevelt had two separate tenures with the Buffalo Bills as well as the Cleveland Browns and Detroit Lions.

Along with Roosevelt, the Alouettes also signed defensive back Davonte Davis, defensive lineman Elijah Norris and running back Dominick Bragalone.

Davis (6’2”, 205 lbs.) played collegiately for the Texas University Longhorns. During his four years there, the 24-year-old defensive back amassed 119 tackles and four interceptions. The Miami, FL native also forced three fumbles and recovered one.

Norris (6’5”, 270 lbs.) was part of the Alouettes’ practice roster in 2019. The 25-year-old defensive tackle played four pre-season games with the Chicago Bears in 2018, amassing a sack as well as two defensive tackles. Prior to that, the Upper Marlboro, MD native played with the Shepherd University Rams. In his last collegiate season, Norris earned second team All-MEC honours as he registered 44 defensive tackles, including 11 tackles for losses, as well as an interception and 6.5 sacks.

Bragalone (5’11”, 225 lbs.) played for the Lehigh University Mountain Hawks where he amassed over 4,000 rushing yards and scored a total of 46 touchdowns during his four seasons. The 23-year-old running back was named the conference’s offensive player of the year in 2017 when he collected 1,388 rushing yards and 18 touchdowns on 247 runs. The South Williamsport, PA native was invited to the Giants and Texans minicamps in 2019.