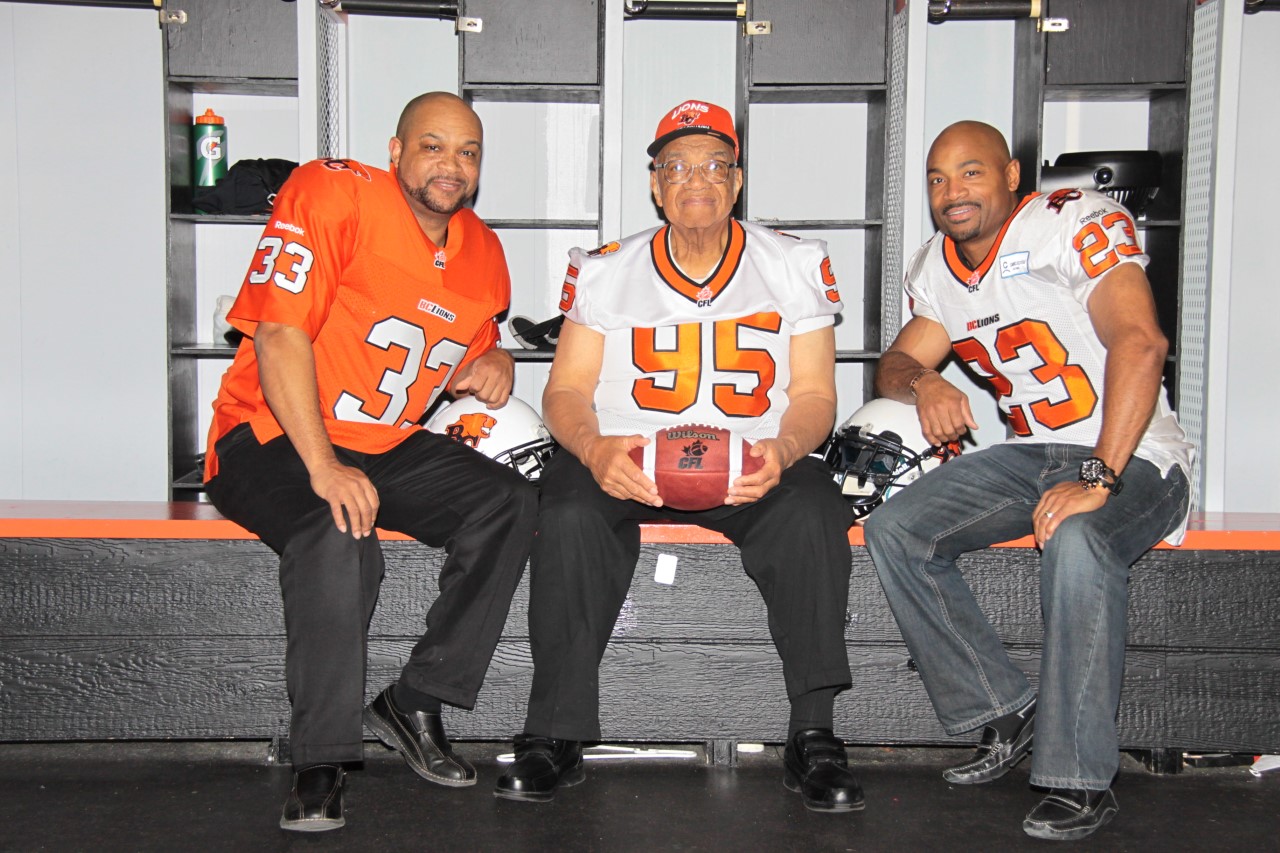 It was the start of a new season in a new city with a new team for Mark Washington.

He joined the Hamilton Tiger-Cats as defensive coordinator in 2019. One of the first things that head coach Orlondo Steinauer had his team do when it got to training camp last year was a study of greatness.

“O (Steinauer) had asked me to speak on greatness, a person,” Washington recalls from his home in Ancaster, Ont. near Hamilton.

The second he got the assignment he knew he’d talk about his father, George.

“That’s one of the reasons his mother named him George Washington.

“With that kind of name, I guess you’re going to have some type of extraordinary life, you know what I mean?”

Washington always knew that his father had an important, interesting career. When he was a kid, he knew his father worked for the U.S. Navy and the Air Force and that he took photos for them through the Cold War. After that, he owned a store, then later became a realtor.

Through the Lens: Mark Washington and his father, George

[1 of 9] (George Washington, camera in hand in the 1960s when he worked as a White House photographer Photo: Mark Washington)

“He did everything,” Washington says. “He worked real hard, he worked his butt off to support our family.”

He did all of those things despite losing his leg when he was five years old. He was playing with his siblings in their neighbourhood in northwest DC and was hit by a truck. He went to the hospital, was told he was fine and was sent home. Gangrene set in, he battled a fever and almost died before his leg was amputated, just below the hip.

“Being in DC in the early ’40s with the name George Washington, it’s all kinds of ridicule and teasing, you’re talking about bullying and all that stuff, but he never let that stop him,” Mark says.

George Washington was tough. He didn’t complain about his lot in life. He put his head down, leaned on his crutches (and still played baseball and football as a kid) and worked as hard as he could on everything in front of him. The youngest of six children, he was the first in the family to graduate high school, despite losing his father when he was young and his mother right before he graduated.

After graduating from Dunbar High School — the first black public high school in America — he took a photography program that chose its students from around Washington, D.C. George was the only black person in the class. At the conclusion of the program, the students were placed in jobs where their skills would be best used.

George was placed in the White House.

Between 1963 and 1968, he worked as a White House photographer under two presidents: John F. Kennedy and his successor, Lyndon Johnson.

The Washington family, with George centre and Mark above him to the left (Photo: Mark Washington)

“He has googobs of photos of him, John Kennedy, Robert Kennedy. He actually knew those guys,” Mark says.

The family found out when Mark’s mom was cleaning the house and found a stack of photographs that gave them some of the parts of George’s past that he didn’t talk about.

“They were photos of the Kennedy family. Photos of Lyndon Johnson, because he came of course after (Kennedy) was assassinated.

“Lyndon Johnson’s daughter got married while he was president at a church in DC. My father was the photographer for that wedding. My mom was saying, ‘George you should show these to the boys.’

“He didn’t do it, so my mom did it. All of a sudden we were like, ‘You did what?’ We knew he had some exposure to the White House. We knew he’d been there but we didn’t know to what degree. We were blown away. By the humility, too. He never walked around and said he knows this guy, or he knew that guy.”

The significance of his father working in the White House in the 1960s, when the U.S. was going through the civil rights movement, wasn’t lost on the Washington family.

“Think about the context. He lost his hair when he was young, so he was a bald, black, one-legged man named George Washington,” Mark says.

He wasn’t the first black man to enter the White House. The structure was built by slaves and black servants worked within its walls and on its grounds for years. Mark wonders though, how many may have come in with a credential, how many were there to act as the eyes for the country and the world to capture moments in history like that before him.

“To have a person, for a lack of a better term, a person dressed in a suit — not a uniform, but a suit — with a coat and a tie, that would have been a different level,” he says.

“He bore that responsibility with pride and he knew how important it was when he went on the White House grounds. When he would go there, for the guy cutting the grass or the lady serving the tea, whatever, to see this black man in a suit walk in, limping because he has one leg, they had to think, ‘Who is that?’”

Over the course of his life, Mark grew up and learned how to answer that question. His father was determined and focused. He worked harder than anyone Mark has ever met. He’d do anything he could to help his family grow and thrive.

“I went to an all boys Catholic high school,” he says. “My siblings all went to public school but I said to my dad I want to go to this school because I want to get a scholarship. I knew if I went to that school I’d get a football scholarship.

“He had to work three jobs sometimes to pay for that, but I promised him, I said Pop, if I go here I’m getting a scholarship and sure enough, my senior year I got a scholarship to Rutgers University. And when I signed my scholarship, who was there with me? He was the proudest man in the world.”

In photos that Mark

Through the Lens: Mark Washington and his father, George

[1 of 9] (George Washington, camera in hand in the 1960s when he worked as a White House photographer Photo: Mark Washington)

“>shared with CFL.ca, you can see the pride that George had in his family and in Mark’s success.

Mark played at Rutgers and earned a degree in industrial engineering. As he went through university, Mark felt a semblance of what his father may have felt in that photography program and when he went to the White House with his camera in-hand. 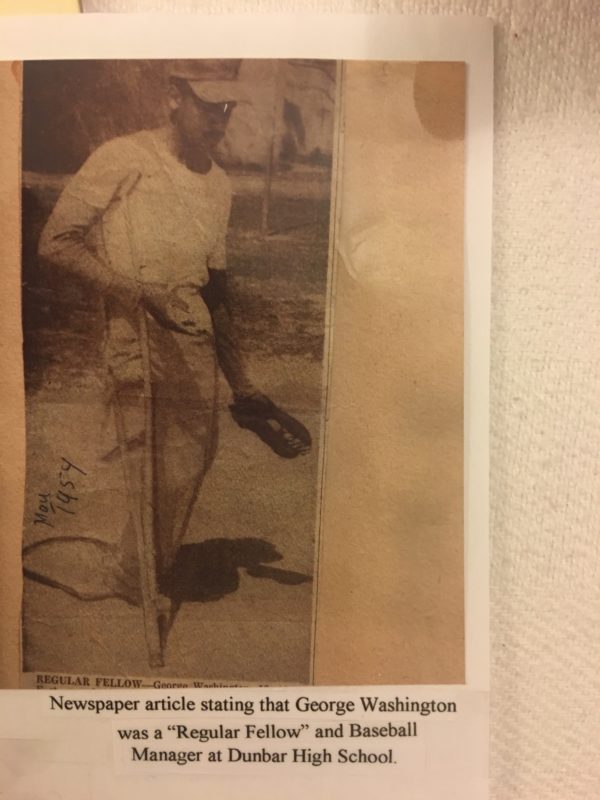 “It wasn’t a lot of minority or black industrial engineers at Rutgers when I was there. There were a few of us,” he says. One was his roommate and a teammate, a d-lineman from Florida.

“The biggest thing was this was the goal I set: This is what I’m competing to do and don’t let anything stop you from getting there,” he says.

“As much as we say it may not be the case, we know you carry an added responsibility. When you’re in a class of 300 students, 200 students, and there are two black people in the class and you’re obviously sitting beside each other, in that small way, you represent the entire black race.

“How you act, how you react, how you do things forms people’s opinions. You can say it’s just me, but that’s not reality, that’s not the perception that people have. We carry that burden. Being in the sciences was tough, being in engineering was tough, for its own reasons,” he says of the massive workload that comes with college sports and engineering.

“But when you’ve got a calculus test, it’s like, ‘I don’t care what the person looks like, I need some help. We studied with everybody, there wasn’t a lot of that at Rutgers anyway. There was some of it, but it was what it was. Let’s take advantage of this opportunity and make something of it.”

That mentality was George Washington to a tee. 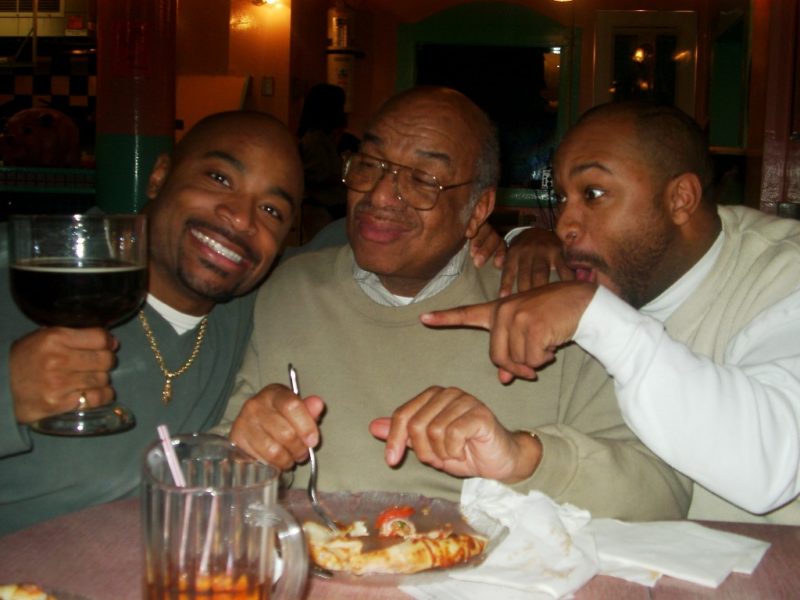 “He would always tell us, you don’t wait for your breaks, you make your breaks. He would get so mad when people would say that. I remember my brother said it once and man, he jumped on him something big,” Mark remembers.

“You don’t wait for your breaks, you make them happen. You go after things with a focus and a plan and determination. That’s what he was about.”

As Mark moved from playing football in Canada to coaching and as his coaching career progressed, he’d talk with his father from time to time for advice and guidance. All he ever had to do was ask.

His family learned about George’s full White House history a few years before he died. He never complained about the pain he was in from a lifetime of walking unevenly, but he developed scoliosis as he aged, which led to multiple back surgeries. He had a fall in his final years and hit his head. Doctors found a broken vertebrae in his neck, which was pinching on his spinal cord. He was in a delicate state; one bump, one more fall and it could have been it for him. A blood clot appeared near that damaged vertebrae and it essentially paralyzed him from the chest-down.

“He deteriorated from there, until he passed. It was Oct. 9, 2017. Canadian Thanksgiving,” Mark says.

“I remember it like it was yesterday. He was still fighting, still pushing, still trying to make it happen. I couldn’t imagine what kind of pain he was in because he never…you know those guys from back in the day. Those tough dudes.

“The doctor said (when he was a child) he wouldn’t live five years. He lived to 81.”

“He bore that responsibility with pride and he knew how important it was when he went on the White House grounds. For the guy cutting the grass or the lady serving the tea…to see this black man in a suit walk in, limping because he has one leg, they had to think, ‘Who is that?’”

Parents always hope to pass the intangibles on to their children. Mark sees his work ethic, the hours that coaching demands and the sacrifice and discipline that his degree required and knows where it came from. In 2005 when he was playing for the Lions, the team learned after a game against the Alouettes that Mark had played more than half of the game with a broken collarbone.

“We won (that’s what matters),” he says of the game today over text message.

Late on Monday night after we spoke, he sent over a barrage of texts and emails. They were full of pictures of his father, this great man named George Washington that hobbled through the streets of Washington, D.C., undeterred by the obstacles life had thrown at him to find a remarkable, rich existence. Mark apologized for the late messages. He had to take his son to basketball practice.

“Whatever you have to do for your family to support them, so they can achieve what they want to achieve in life. I learned that from him,” he says.

“Hopefully I’m doing the same thing. Modelling for my family, for my wife and for my kids.”