Clemons continually inspired by those that came before him 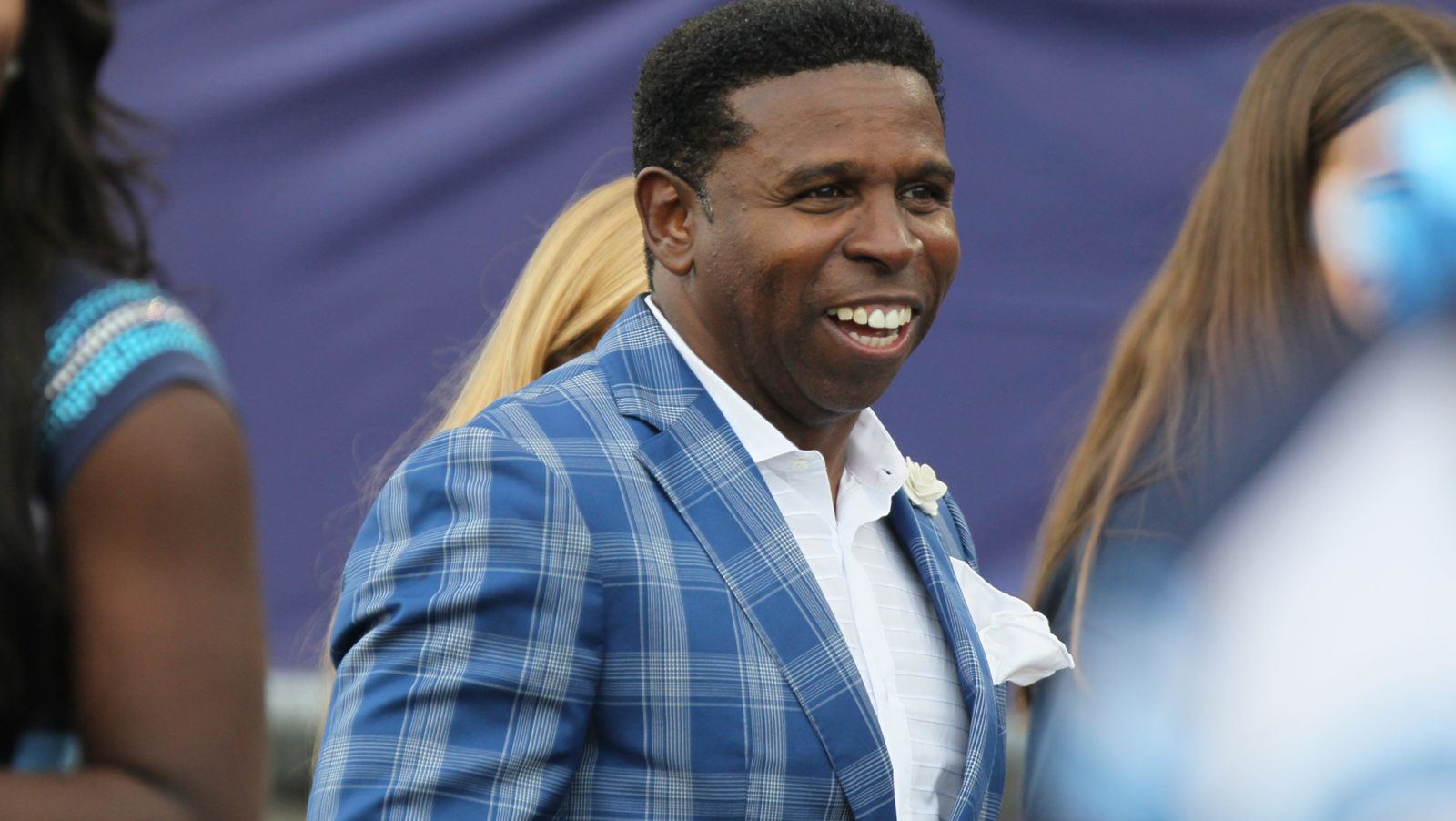 Clemons continually inspired by those that came before him

TORONTO — When you talk about the most recognizable faces and personalities in CFL history, Michael Clemons is one of the first to come to mind.

The man affectionately referred to as ‘Pinball’ is a legend of the sport up north and his energy and enthusiasm lights up any room he’s in.

At the tail end of Black History Month, the Toronto Argonauts general manager sat down and talked with Donnovan Bennett about the individuals that came before and inspired him in an extra for The Waggle presented by Sport Clips.

EPISODE OVERVIEW: As Black History Month draws to a close, Donnovan Bennett speaks with CFL icon and Argonauts general manager Michael “Pinball” Clemons about the challenges and successes he’s found at the crossroads of football and race.

“In terms of sport. It really is one of those places where people go and they get a chance to experience each other in many different fashions,” Clemons said. “You get a chance to experience people trying to work together and experience people who are competing and are distressed. It’s experiencing people when they’re trying to learn right when they’re in pain, and so forth, you know. It’s been suggested as a microcosm of society and search.

“Certainly, it’s one of the best agents of change that we’ve had when it deals with this and other issues that are more humane.”

Clemons sought to learn about black history in Canada during his time in the country. He said that while he originally only knew that Harriet Tubman travelled through Canada while helping slaves escape via the underground railroad, he quickly learned of the story of Viola Desmond, who refused to leave a white-only area of a movie theatre in Nova Scotia in

Desmond was a pioneer of the modern civil rights movement in Canada, and as Clemons put it, was the “Rosa before Rosa.”

Clemons graduated from William & Mary with a degree in economics while also serving as the football team’s star running back and return specialist.

He was an eighth-round pick of the Kansas City Chiefs in the 1987 NFL Draft. He spent two years in the NFL with the Chiefs and Tampa Bay Buccaneers before making the decision to head north of the border and play for the Toronto Argonauts.

When he came to Canada he sought out to learn from three individuals: Bernie Custis, Chuck Ealey and George Reed, who were pioneers in the Canadian Football League previously.

Custis was the first black starting quarterback in CFL history as well as the first in the modern era of football.

Reed is regarded as one of the best players in CFL history, and following his playing career, he continued to be involved in the league, serving as the CFLPA’s president from 1986-1993 — he was previously the president while still playing. 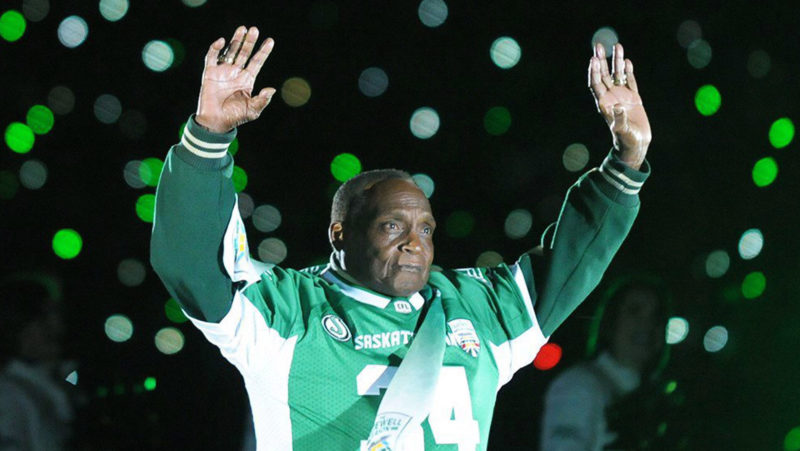 Canadian Football Hall-of-Famer George Reed is honoured by the Saskatchewan Roughriders ahead of a game. (The Canadian Press)

Ealey was named the league’s Most Outstanding Rookie in 1972 and became the first black quarterback to win a Grey Cup with the Hamilton Tiger-Cats that same year.

All three became legends in Canada due to their contributions both on and off the field. Custis has a school named after him that is adjacent to Tim Hortons Field in Hamilton.

This generation also has some players to look up to. Henry Burris, Damon Allen and Milt Stegall. The latter two are in the Canadian Football Hall of Fame and Burris should join them in the near future.

All three are still involved in the CFL. Allen still works with the Argos while Stegall and Burris are a part of the league’s broadcast team on TSN.

“This is not always easy. There are tough times and there are times you have to ask yourself why and you, you feel the history you know these guys have experienced it too because you’ve gone through it yourself,” Clemens said. “…The reality is, it can hurt, and I know that these guys lead by example and continue to do so to this very day. I’m continually inspired by them.”

As for Clemons, the list of accomplishments is long, to say the least.

Along with his initial degree, he’s also received honorary degrees from York University, the College of Williams and Mary and Humber College. He was inducted into the Canadian Football Hall of Fame in 2008 and the Ontario Sports Hall of Fame a year later. He was also the first black head coach to appear in a Grey Cup and the first to win the title in the same game. That victory also made him the second black head coach to win a professional football championship.

He was named the league’s Most Outstanding Player in 1990 and is a two-time Tom Pate Memorial Award winner (1993, 1996). Clemons has won six Grey Cups and has his No. 31 hanging from the rafters at BMO Field.

As a player, coach and now, general manager, the Argonauts legend continues to call Canada home. He’s encouraged by the progress that has been made.

“I love our game and and and our game is our game much because of the people that we don’t acknowledge in Black History Month, meaning those who aren’t black are the ones who made it great and they’re the ones who’ve embraced people of colour from a very early point and have treated us with the utmost respect,” Clemons said. “So this is to my fellow Canadians: Thank you for the progress we’ve made. Not with black history with the black present. What you’ve done to embrace, not just people of colour but all colour, people of all backgrounds, I should say, we are notorious lovely people.

“I do petition us to not to rest on our laurels. Let’s continue to look at it and continue to try to get better.”