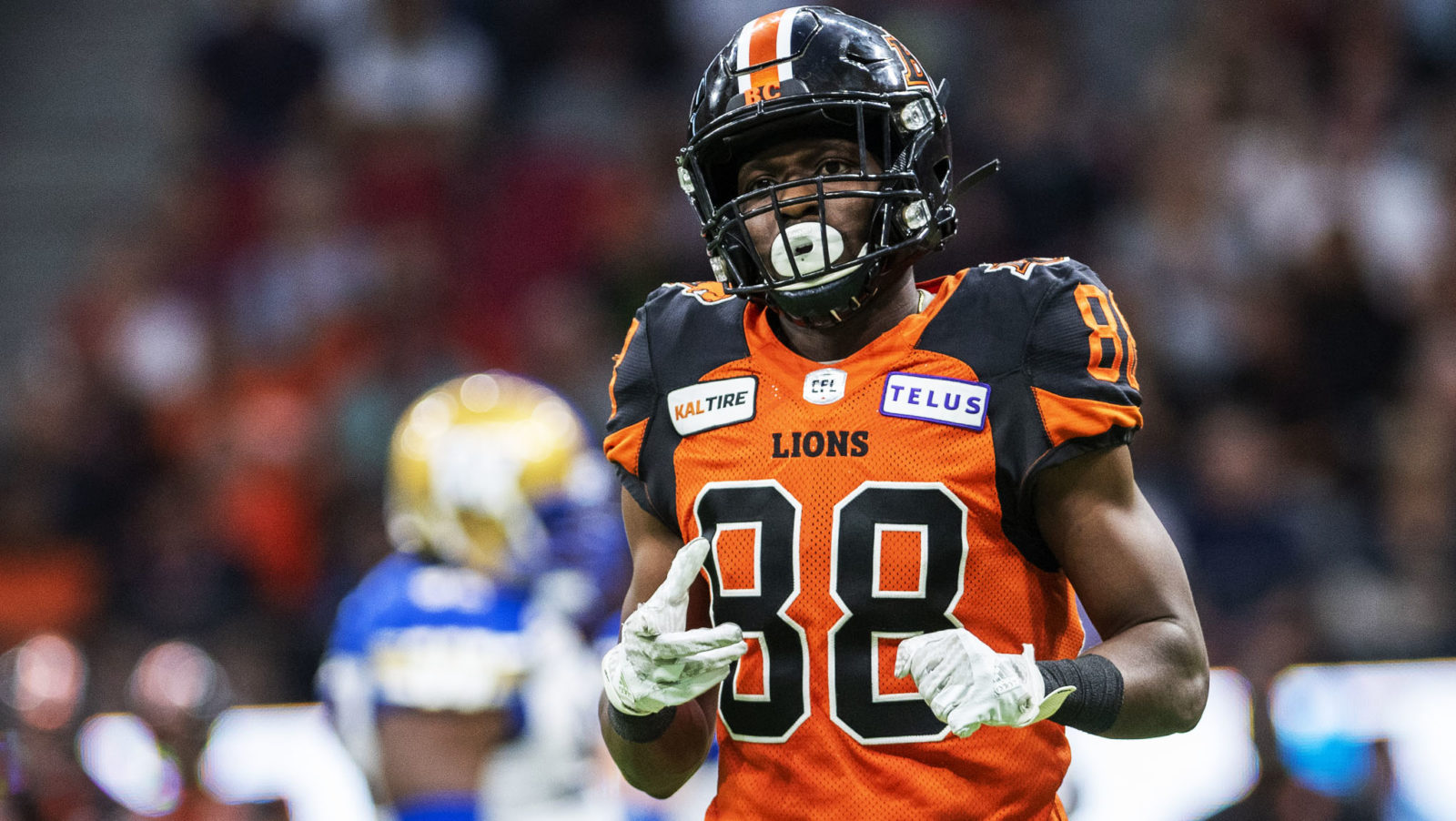 To paraphrase a former CFL player, combine szn is upon us.

Since its inception in 2013, the regional combine has become a filter that has caught talent that may have otherwise slipped through the cracks in the CFL’s draft process. Regional combines give scouts across the league a chance to look at hundreds of slightly-off-the-radar prospects in a competitive situation. While only a handful of those players get the invite to the national combine, the majority of those invited have found success as pros.

Fifty-six of the 74 players invited from regional combines have gone on to be drafted and 50 of those 74 are currently on a CFL roster.

Here’s a quick look at just a few of those players that have become recognizable names in the CFL over the last seven years.

RELATED
» Cauz: In defence of the rouge
» Muamba trying to check Grey Cup off bucket list
» MMQB: An abundance of potential 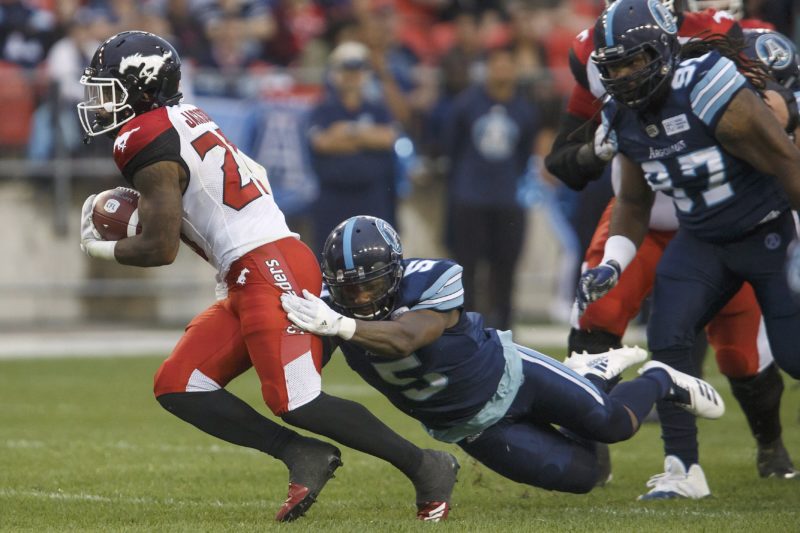 Jermaine Gabriel launched his CFL career from the regional combine in 2013 (Cole Burston, the Canadian Press/CFL.ca)

Gabriel has become the poster child of the regional combine. He played football as a kid in Toronto and struggled financially to keep a spot at Bishop’s University. A transfer to Saint Mary’s University in Halifax fell through at the last second and after trying to make it work, he went west, playing junior football for the Calgary Colts. While working construction in Calgary in the winter of 2013, he went north to Edmonton. After being selected for the national combine, Gabriel heard his name called at the CFL draft two months later. The Argos took him 17th overall. Now 29, Gabriel is a Grey Cup winner and heading into his eighth season in the league. He’ll go back to Commonwealth Stadium in Edmonton this year, having signed with the Esks this year as a free agent.

When Shaq Johnson walked into the East regional combine in 2016, he knew what he could do. By the time he walked out of the combine with an invite to the national combine in hand, scouts across the country knew, too. Johnson posted a 4.39-second 40-yard dash at the regional combine. The Lions took the six-foot, 180-pound receiver in the fourth-round (32nd overall) in the 2016 draft. Now 26, Johnson has been a consistent receiver for the Lions, with his best years still in front of him. 2019 was a career year for the Brampton, Ont. native. He had 39 catches for 597 yards and two touchdowns in a year where offensive production was a challenge for the Lions. At the end of the season, BC GM Ed Hervey signed Johnson through 2020. 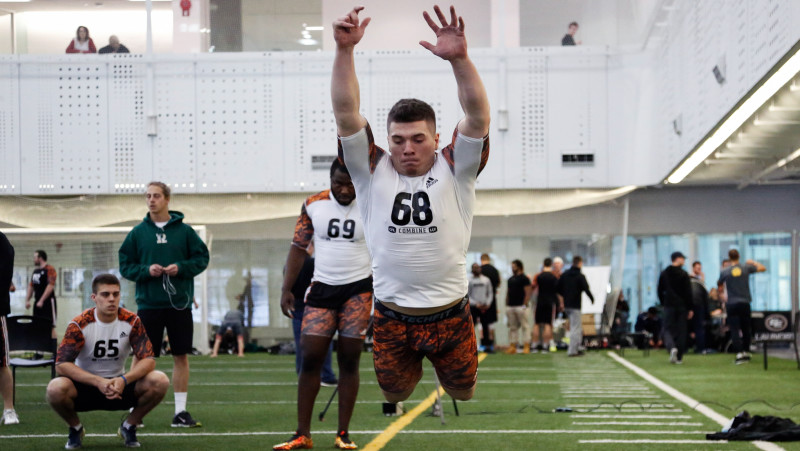 DJ Lalama showed he was healthy at the 2016 Western regional combine (Anthony Houle/CFL.ca)

Lalama used the regional combine to show that he could play at the professional level. He finished second all-time in tackles with the University of Manitoba but didn’t procure an invite to the national combine in 2016. He played his way to the national combine and the Esks took a chance on him with the very last pick of the draft that year (70th overall). Since then, he’s played for the Montreal Alouettes twice (2017 and 2019) and had a stop early in the 2019 season with his hometown Winnipeg Blue Bombers. In 11 games with the Als last year, Lalama had a career-best 25 tackles, adding eight on special teams. He got his first career sack this year against Ottawa.

The Ralph name is royalty in southern Alberta and something of a pipeline to the CFL. Jimmy is the third Ralph (behind brothers Brett and Brock) to come to the league. Jimmy’s story is unique in that he didn’t get an invite to the national combine when he took part in the West regional in 2017. He may not have been surprised, then, when he didn’t hear his name called at the Canadian draft that year. That didn’t mean that he didn’t impress, though. The Argos had liked what they’d seen from him and later in May that year offered him a contract. He made the team and had his share of impressive moments over the next three years in Toronto. He signed with Edmonton this winter as a free agent.

Ante Milanovic-Litre was busy last year, turning 40 touches into 158 yards and a touchdown for the Stampeders, who had their share of injuries at RB. It was a difficult year for the Stamps, as they bowed out in the West Semifinal, but Milanovic-Litre was a beneficiary. The team signed him to a new contract at the end of the season, keeping the Vancouver native in Cowtown through 2020. The 25-year-old had the eye of scouts at the regional combine in 2017, but injuries slowed him in his senior year at UBC. He fared well on the bench at the regional combine that year (29 reps, good for third overall) and the Stamps took him in the fourth-round, 28th overall.

So many U Sports and junior football players near the end of those careers yearn for just one more chance to show what they can do. The regional combines provide that chance and seven years in, they’ve proven their worth.

There’s ample proof that there are plenty of valuable Canadian players at every regional combine, with a myriad of paths possible for the players that will be taking to fields across the country between March 12 and 20.