Merchant excited for chance to play in Finland 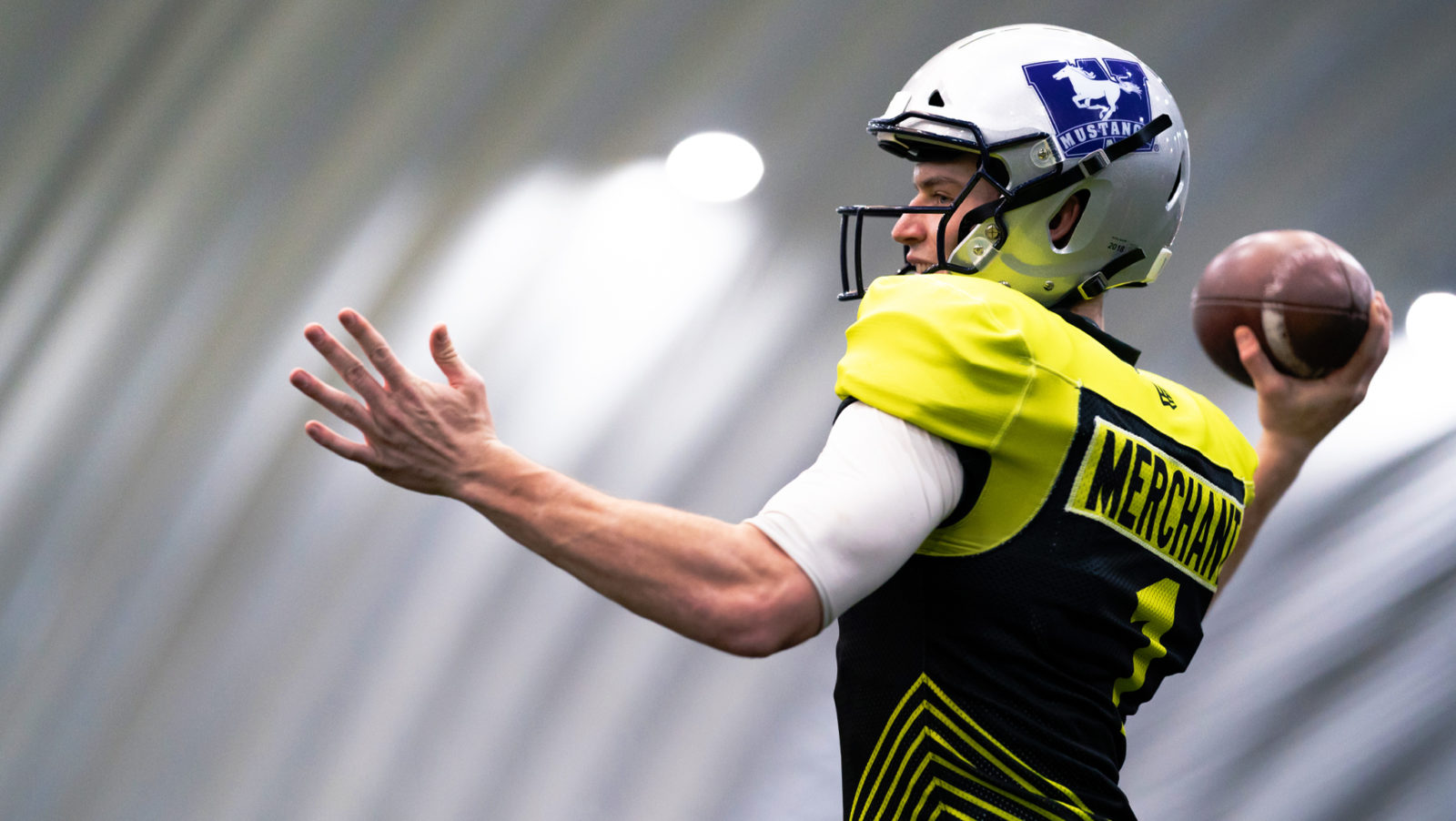 Merchant excited for chance to play in Finland

When Western University quarterback and Hec Crighton winner Chris Merchant was released by the Montreal Alouettes ahead of the 2020 season, he had no idea that he’d end up as far north as he could possibly be to play football.

To the 6-foot-3, 210-pound native of Calgary, Alta., landing in Vaasa, Finland to play for the Wasa Royals in Finland’s Maple League was another opportunity. Located at the 63rd parallel, 10 degrees, or over 1,110 kilometres farther north than the northernmost CFL team (Edmonton), Vaasa is uncharted territory for most North American football players.

“This is simply an amazing opportunity. Being able to play football in Finland, in a completely different culture is mind-boggling,” Merchant said. “I am thrilled to have gotten this chance.” 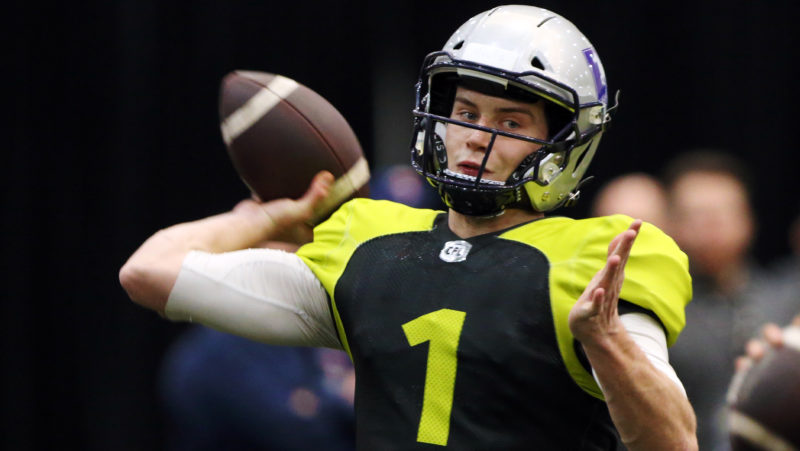 Western quarterback Chris Merchant warms up ahead of the CFL Combine presented by New Era in Toronto (Johany Jutras/CFL.ca)

Following a season in which he led the Western Mustangs to the Yates Cup before suffering an ankle injury after just a few plays, then getting let go by Montreal, Merchant was undeterred. His agent cast the net further afield and did some research. With CFL 2.0 opening up doors and opportunities, he contacted the Royals and president and general manager Seppo ‘Ovie’ Evwaraye. Soon, Merchant was on the phone with the Finnish GM and the two hit it off.

“I just liked ‘Ovie’,” said Merchant. “His goals aligned with mine and I liked his thoughts on the offence.”

The feeling was mutual it seems, according to Evwaraye.

“We found common ground very quickly the more we talked,” he said. “It was clear very quickly that he is a competitor, leader and possesses a high football IQ. I think he valued my experience in football both in the US and here in Europe.

“We are very excited to have him here.”

Finland’s six-team Maple League (Vaahteraliiga) was founded in 1980 and is one of the most respected leagues in Europe. That’s saying a lot, with roughly 1,200 teams in 32 nations playing the sport in Europe. Still, Merchant is no stranger to a change in circumstances. Time and time again, his career has taken sudden turns and he’s made moves that others would have perhaps have shied away from.

He had been recruited out of St. Andrews College by the University of Buffalo on a full-ride. But after two years and a tight battle with Tyree Jackson (now in the XFL) for the starting spot, he realized to further his career, Canada and Western would be a better bet.

He proved it was in a hurry as he led the Mustangs to the Vanier Cup title in 2017. He may well have repeated the feat last year had it not been for his injury. However, this unwavering determination of his manifested itself well before that move from a highly rated U.S. school. When he was 15 , he told his parents in Calgary that he needed to head to eastern Canada to continue his football career. Most parents would balk, but the young Merchant was adamant.

He left home at 16 to spend two years at St. Andrews, a boarding school in Aurora, Ont., where he made a name for himself and caught the attention of coaches down south.

“I simply knew that football was my career and since I was a young teenager I have never let anything get in the way of that,” Merchant said. “I know the level of football in Finland is really good and I will be facing players of all different ages and levels of experience.” 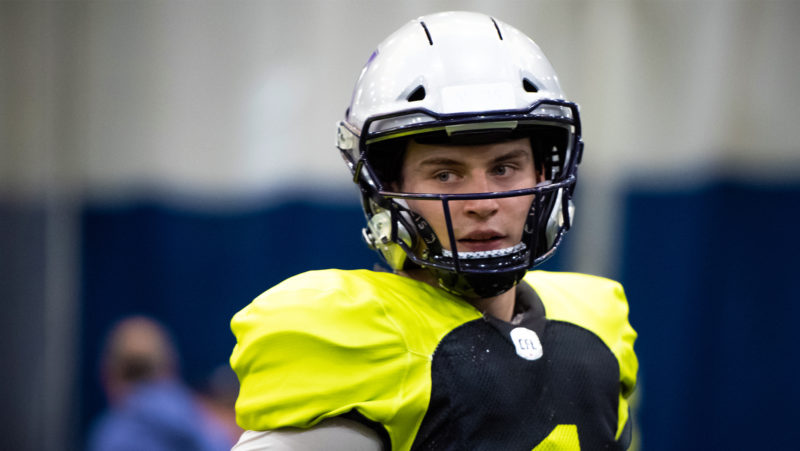 Hec Crighton winner Chris Merchant made the decision to sign with the Wasa Royals on Feb. 11 (Johany Jutras/CFL.ca)

The CFL’s 2.0 initiative has definitely opened up eyes in Europe to the Canadian game and to players from Canada. In fact, Evwaraye considered it an important factor:

“I personally like the fact that he has experienced both games, so to speak,” he said. “I think it might bring some unique perspective to our offence. In terms of execution and ability, I leave it at this: Chris was selected as the best college quarterback in Canada. That is good enough for me.”

The Maple League has been ruled by the Helsinki Roosters for the past few years. Since entering the top league in 2015 — Finland, like the rest of Europe, has a promotion/relegation system in which the bottom team falls down to the next lowest division and the top team in the lower division moves up — the Royals have had mixed success. The team has reached the semi-finals twice and the final once.

With Merchant at quarterback, Evwaraye is convinced they could challenge the Roosters.

“I have a very good feeling about this,” Evwaraye said. “With Chris, teamed with our offensive coordinator, this team has a lot of potential to do something special.”

For Merchant, this is an opportunity to get plenty of playing time against quality competition, gather game film and with CFL scouts now keeping track of football in Europe, he has a chance to get CFL eyes on him.

“As I said, this is a great opportunity that just a couple of years ago might not have had the same impact,” Merchant said. “I have known about football in Europe since my days in Buffalo but CFL 2.0 really gave more insight. The timing could not have been better.”

The Finnish league doesn’t start up until June, with the season running until mid-September. The Royals play their first game on June 16 and wind up the regular season on August 29.