Steinberg’s MMQB: The ‘next guy’ in Toronto 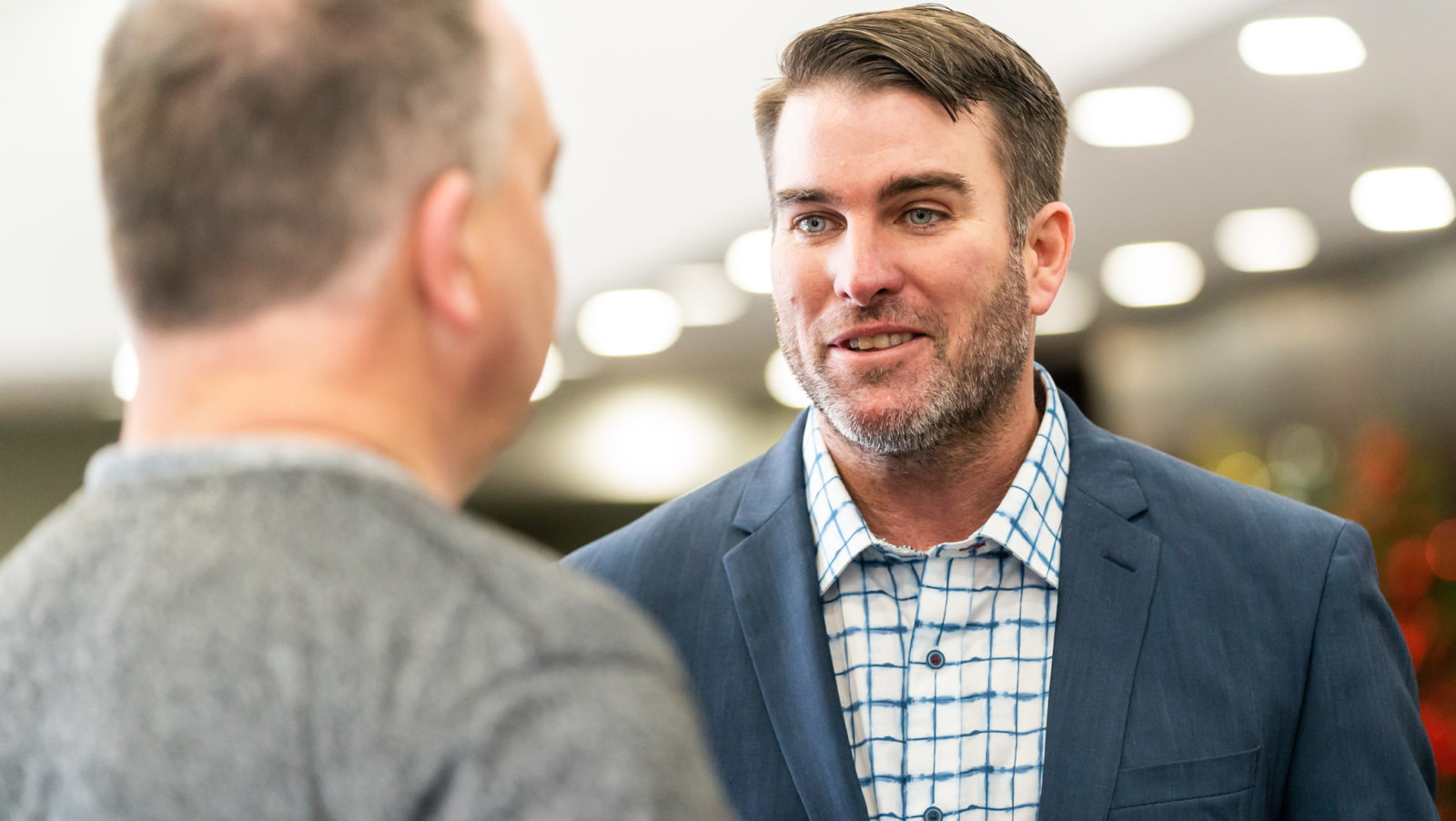 Steinberg’s MMQB: The ‘next guy’ in Toronto

Of all the coaches landing in new spots this winter, only one is a true rookie: Ryan Dinwiddie in Toronto. All three of Rick Campbell (BC), Paul LaPolice (Ottawa), and Scott Milanovich (Edmonton) have been head coaches in this league before. Dinwiddie, on the other hand, had never been a coordinator before being hired by the Argos.

It’s a fascinating decision and one I’m really interested to watch play out, mainly because it’s so rare to make as big a leap as Dinwiddie is making in 2020. He’s going right from being quarterbacks coach in Calgary to head coach in Toronto, which is a significant jump for a guy who isn’t even 40.

It might have raised some eyebrows when the decision was made in December, but I actually really like the long-term foresight here. The Argos have a new general manager in Pinball Clemons and he’s looking at this hire with a much larger lens than one focused solely on the coming season.

RELATED
» FB Declan Cross re-ups with Argos through 2023
» Darby ready to lead new-look Argos
» Brescacin: ‘Toronto saw me for who I was as a football player’

“For us, we called him the next guy,” Pinball told me earlier this off-season. “We always, you know, I guess conceptually we want the new, the brightest, the best, the guy who’s coming into his own right now. We thought that when we looked around the league, that he was the next guy.

“He was being considered for many different positions and opportunities around the league. Most of them were not head coach, right, but that’s the position then that leads to head coach. He’s the guy people want to lead their offence. We said we’re building this, right, so as a part of building this, why don’t we get the guy who is that next guy? And we believe he’s the next great head coach in our league.”

I love that line of thinking. Essentially, Toronto is admitting they’re focused on a longer-term goal by hiring a guy with considerably less experience than other candidates. Instead, the Argos want Dinwiddie to grow as a head coach while they grow as a team. It’s a concept we don’t often see in a sporting landscape very fixated on the now.

Don’t get me wrong, either. I think Dinwiddie has impressive chops and a solid resume. In his four years as quarterbacks coach with the Stamps, he worked with Bo Levi Mitchell en route to a pair of Most Outstanding Player Awards. Similarly, Nick Arbuckle was able to step in seamlessly in 2019 while Mitchell was on the shelf for seven games. Those things aren’t all thanks to Dinwiddie, but it’s fair to say he played a part in those successes.

Dinwiddie is driven, has a great offensive mind, and, at 39, is still very much relatable to the players on the field. He also possesses one trait that seems to be mandatory as a coach these days: he’s an absolute football freak. Dinwiddie is obsessed with football and is ready to put in the long, long, long hours that go along with being a professional head coach.

“I asked him…what other sports, what other teams, who do you like,” Pinball recounted. “Being a California guy, I’m thinking that maybe he has some teams out in California that he supported or rooted for. He says: I really don’t know, I only watch football.

“As a friend, I’m like, you know, get a life! But as the GM, I’m like YES! We’ve got a young coach who’s really smart, really bright, whose father himself was a high school football coach. It’s in his DNA.”

I really don’t know what to expect from Toronto this year. From a roster perspective, they’ve undergone the most extensive overhaul of any team this off-season. After a 4-14 season, you can understand why we’ve seen a ton of roster turnover, especially knowing a new GM is in charge. Add in a rookie head coach and my expectations for the Argonauts are uncertain at best.

But if Pinball is being given the leeway to build this team properly, from the ground up, year one results can’t be the be all and end all. Instead, this new regime has to be given the chance to build and grow, even if there are early hiccups. That’s okay as long as things are pointed in the direction of the ultimate goal.

“We want to be obsessed with excellence,” Pinball said. “Have a mutual obsession…that means all of us, not just some of us, but all of us being obsessed with going to the next level. Not just the football team, not the just coaches, but all of the staff that do such great work around the team. It’s important that they have that same level of desire to get it right.”

It sounds like Pinball’s new head coach has the chance to fit right into that description. 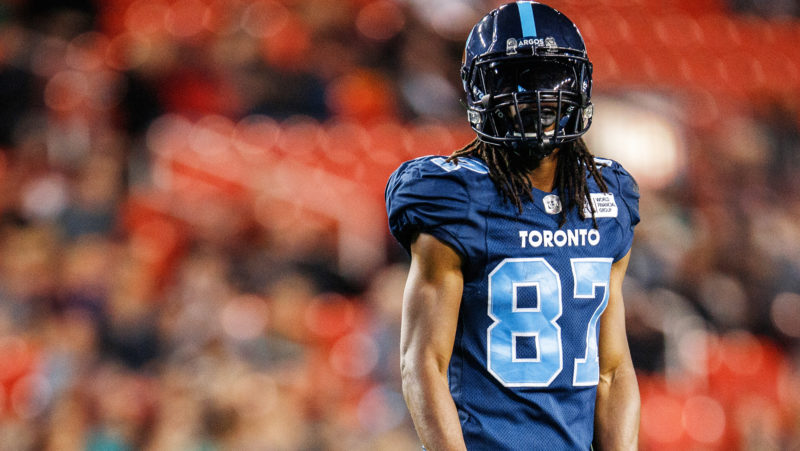 Derel Walker is still a free agent almost a month after hitting the open market (Argonauts.ca)

Why does Jamie Nye hate Canada? There are a few things I hold dear being from this country and single points in football is one of them. And he’s out to deprive me of the rouge! I say this in jest of course. I actually thought Jamie and Matt Cauz had a fun back and forth on CFL.ca last week about the future of the quirky rule, which is interesting because I had never really thought about it.

In the end, I don’t see any reason to make changes. I’ve always looked at the rouge as a uniquely CFL rule that has to be factored into strategy. I have no passionate defences of it like Cauz does; instead, I just, well, like it. It’s part of the fabric of the league and I’m not itching to see a change. Jamie made really well thought out points, but, I’m just a sucker for tradition.

Derel Walker is still unsigned, hey? This is a strange one, because there’s no question Walker is the most devastating offensive player available in free agency. But, now that we’re almost a month in to signing season, I’m starting to wonder how this story ends. Who still has room to fit in a big ticket like Walker? Does the player’s camp have to lower their asking price?

All I know is Walker is one of the league’s two or three most explosive and dominant receivers. If and when he comes to an agreement somewhere, Walker has the ability to instantly transform an offence. For now, though, we wait.