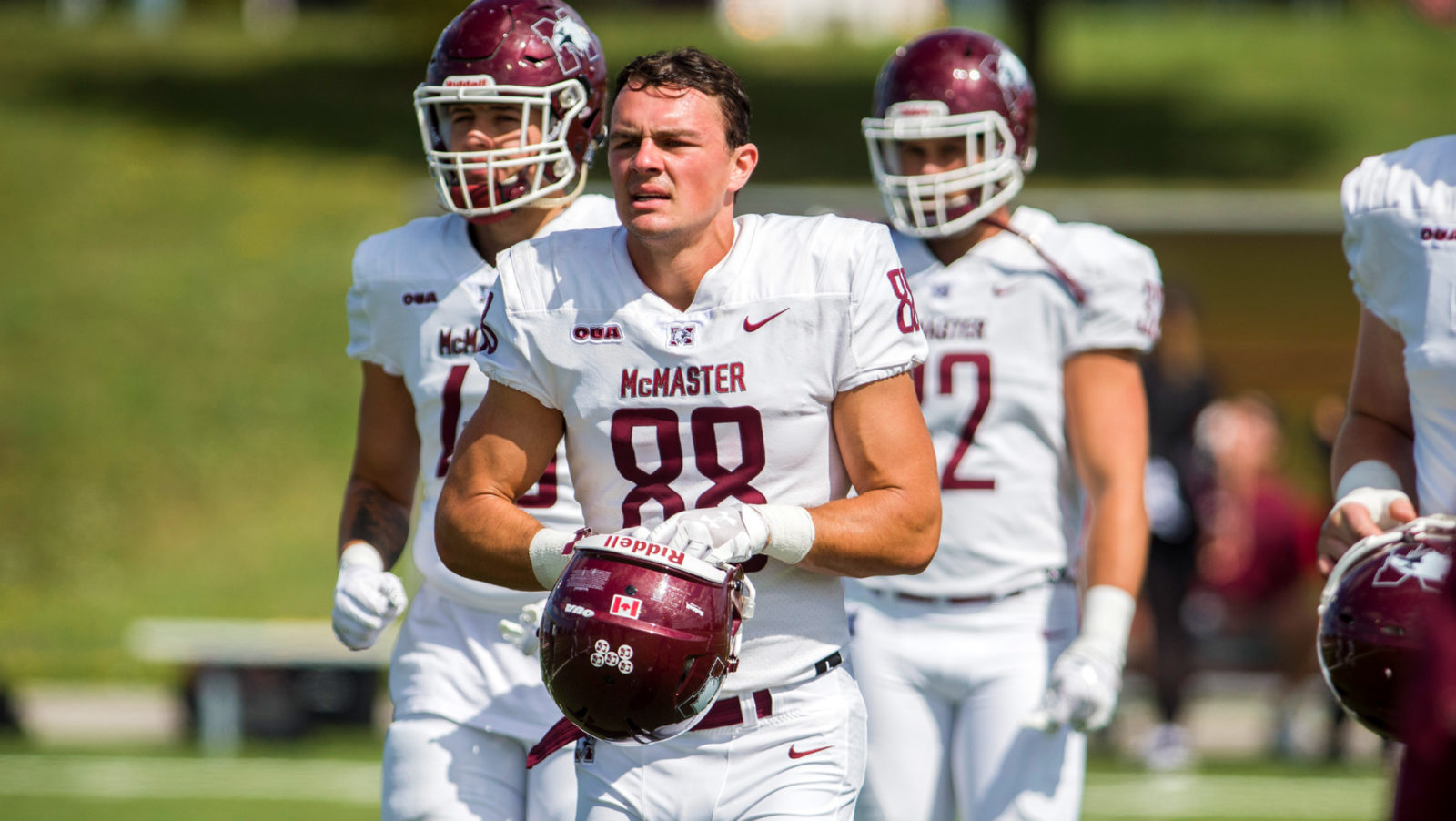 As the Winnipeg Blue Bombers began to assert themselves in the Grey Cup game back on Nov. 24, a where-were-you-when moment started to unfold for their fans across the country.

A born and bred Winnipegger, Xander Tachinski took it all in. From Hamilton.

“It was bizarre,” the McMaster Marauders’ receiver admitted.

“I was in Hamilton watching the Grey Cup and I watched Winnipeg win. My entire life I’d been in Winnipeg and the one year I’m not, the Bombers win it.

“It was a cool moment. I was really just happy for all the fans in the city. I’ve lived in Winnipeg my entire life. I felt the suffering, the negativity around the team in the tough times and to see Winnipeg finally become a champion, to win its first championship since 1990, I was happy for all of the people in Winnipeg.”

“It’s super exciting. You only get one (opportunity at the regional) combine, so I’m really excited for that,” he said.

“It’s also not the be-all and end-all. Me and my teammates have put a lot of effort and training into this combine. We’re excited to go out there and perform and then I guess just enjoy it as well.”

After four years of junior football in Winnipeg with the Rifles, Tachinski has spent the last two years at McMaster. Last year he was the team’s third-leading receiver, with 411 yards and three touchdowns. That was an improvement from a 26-catch, 332-yard debut season with the team in 2018.

Tachinski was a multi-sport athlete growing up. In his senior year at St. Paul’s High School, he was a member of provincial-winning football, basketball and hockey teams; the three wins were a first in Manitoba school sports history. He and his sisters played flag football as kids (his sister, Victoria, runs track at Penn State University and is a 2020 Olympic hopeful) and he was drafted to a Junior A hockey program in Winnipeg and went to multiple WHL camps with the Calgary Hitmen.

When he was 18, his Junior A team told him they were dropping him and Tachinski turned his attention to football. A quarterback in high school, he switched to receiver and joined the Rifles, playing for then-head coach Ryan Karhut.

“I went out as a quarterback and it didn’t go that great,” Tachinski said. “I asked him if I could switch to receiver, he said of course and I had the time of my life.” 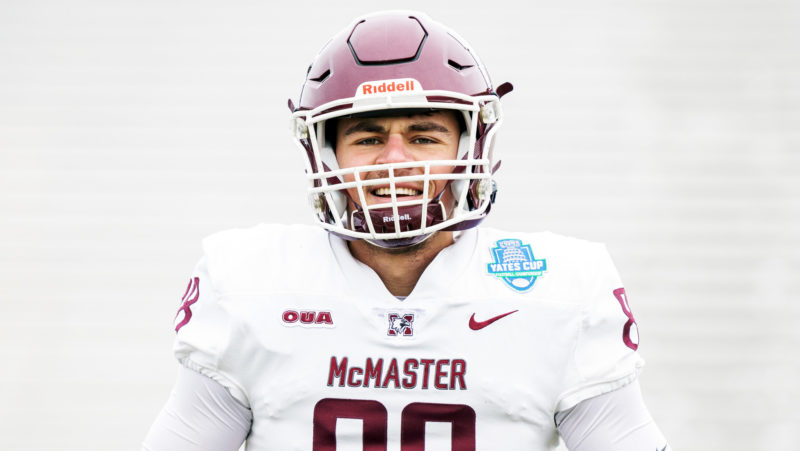 A multi-sport athlete through high school, Tachinski made the jump from Junior A hockey to junior football (Photo: McMaster Athletics)

He loved the new position and thrived in it. In 2014, he was the Rifles’ most improved player. In 2016 and 2017 he won leadership awards with the team and in 2017 was named the Rifles’ offensive player of the year and a Prairie Football Conference all-star. Similarly, Tachinski was named a positional captain in 2019 at McMaster.

As a junior player in his hometown, he was able to take part in two training camps with the Bombers. One of the faces there in 2017 was QB Andreas Dueck, who had gone to Vincent Massey High School with Tachinski’s sisters. He was McMaster-bound at that point and when the time came for Tachinski to make a decision on where to play, he was drawn to that Winnipeg connection out east.

“I called him and I just asked him about what it’s like here, what the coaches are like. He had nothing but positive things to say. I trusted him and took a chance. I didn’t come here on a visit or anything,” Tachinski said.

“I watched them in the Vanier Cup in 2011. I knew some of their players and I took a chance and it turned out to be a great decision.”

He’ll go to the regional combine in Toronto a little off the radar, but he’s comfortable with that and motivated by it. He was a first-round cut from his provincial team in 2013 and thought about that all through 2014 when he led his team at St. Paul’s to an undefeated season that saw him named the MVP of the provincial championship game. His dedication to hockey as a high school senior kept  football scouts and university offers away from him, so he took the long road to McMaster.

“Xander is a big-bodied possession receiver with strong hands who can quickly impact special teams and help in the run game if he works his way into the offensive lineup,” CFL.ca’s Marshall Ferguson said of Tachinski.

“I think he’s under the radar because a lot of people believe he is just a big body you can’t play. But if he can run and move well at the combine, he’ll open some eyes and force evaluators to go back to his game tape at McMaster. That’s really a better picture of who he is as a player.”

“I think I’ve always had a bit of a chip on my shoulder. I’ve been told I was too slow, I was cut from the provincial team…rejection has never made me fold,” he said. “It’s only fueled my drive and my ambition.”

He thinks about the football aspect of the day on Thursday, about the one-on-ones and gets excited.

“I love to compete and I think it’ll be a good opportunity to play against some of the top talent going into the draft,” he said.

“I’m looking forward to it.”