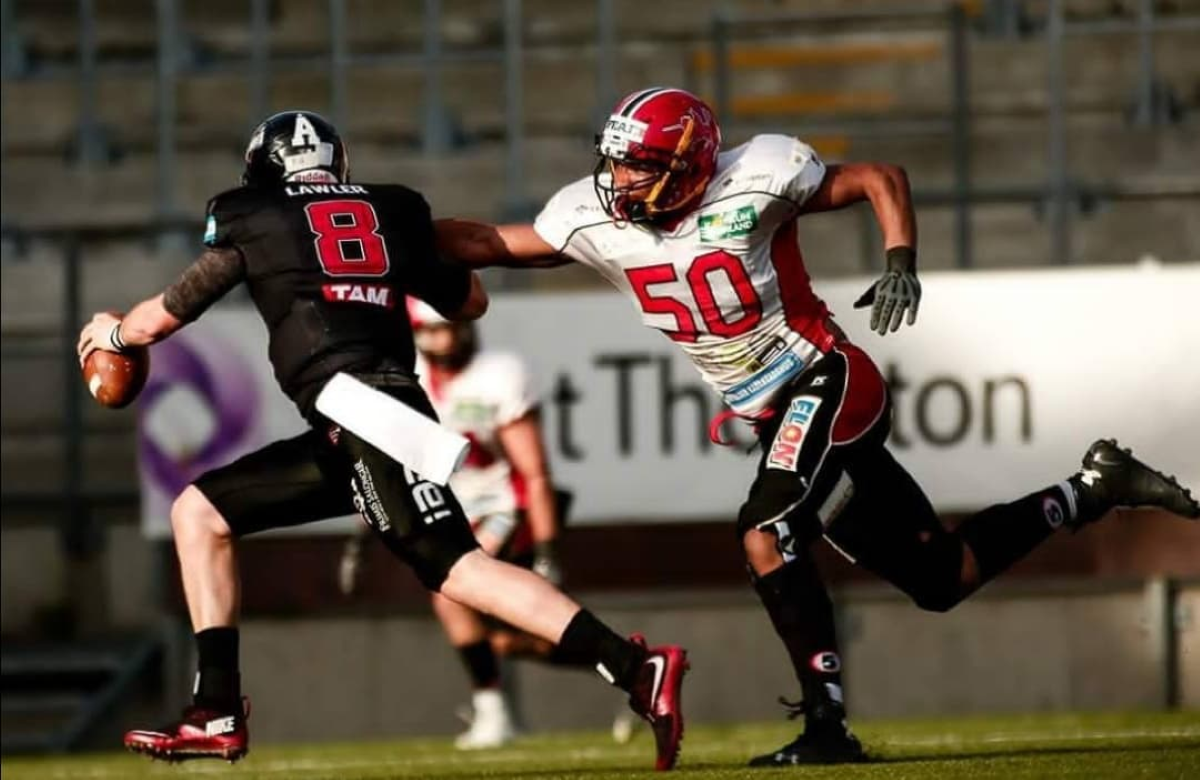 Massive Norwegian defensive lineman Leo Krafft has fulfilled another football dream after being selected to compete in the CFL Combine later this month in Toronto.

He’ll be joining the other 44 global athletes that will be vying for a roster spot on one of the nine Canadian Football League teams.

“When he ran his 40, people stopped and took notice. He was simply a very determined young man and thoroughly engaged the entire time,” Quick said.

“He seemed to be competing against himself and did better and better as the combine wore on.”

Krafft has been chasing his football dream since he was a determined young teen in his hometown of Hamar in Norway. In fact, determination may well be a trait that defines Krafft the best.

A small-town kid, he fell in love with football when he was only 11. However within a couple of years, the club in Hamar, located 90 minutes north of Oslo, folded. He did not let it deter him.

“The few of us who loved the game would find anywhere to play. We would play tackle football on gravel and just try to learn more,” Krafft said.

He also hit the weight room as he began to grow. Still, there was no organized football close enough. So he hit the computer. If he couldn’t play football in Norway, he would travel further afield. He had heard about student exchange programs and went about finding one that would take him to a high school in the United States where he could play football.

He found one in Kyle, Texas. At Lehman High, he was truly introduced to the game. This was the Texas high school football he had heard about. Upwards of 8,000 fans would flock to watch the team on Friday nights. It was a far cry from the handful of family and friends that would show up in Norway.

With his size and athleticism, Krafft had no trouble finding his way onto the team. He entered a new world.

“It was crazy,” he said. “Suddenly I was playing 5A football with all these people coming to games. We worked out three times a day. It was when I was in a growth spurt, so the timing was perfect.”

When he got back to Norway a year later, he joined the Valerenga Trolls, a club located about an hour and a half from where he lived. He commuted for practice and games, helping the team win the Norwegian Under 19 title.

Krafft returned to Norway in 2018 and signed on with the top team in that country, the Oslo Vikings. The team was coached by Vancouver native Derek Mann, who played both junior football (with the Okanagan Sun) and college football in Canada (at the University of Ottawa) before moving to Norway to play and coach. 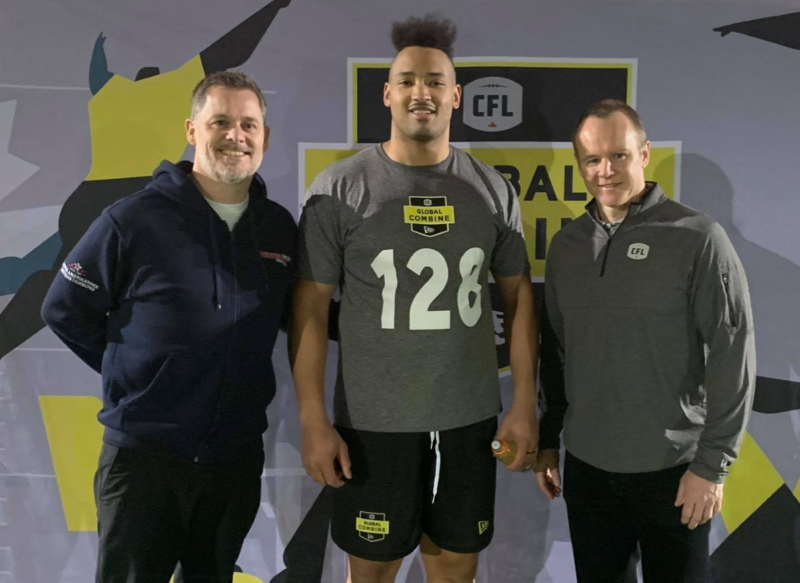 “I was very familiar with Leo long before he played for me because he played against us,” Mann said.

“Before I coached, I was a quarterback for Oslo. Playing against Leo’s team, I had to always be aware of where he was on the field. He could disrupt you so easily. He is such a high energy player. But he was so easy to coach because he was always looking for ways to get better.”

Mann loved the attitude of his young Norwegian defensive anchor.

“He is the kind of player who pins his ears back and just gets after the ball. And he was constantly looking for ways to get in games,” he said. “He’d be saying on the sideline (saying), ‘Just put me in coach, anywhere.’ You had to love that.”

“I knew there was football in Canada, but I didn’t realize how big it was there. And I knew there were a few differences but I had no idea about all of them,” Krafft said.

“I have to get to work studying and learning more.”

Although football is still an unusual sport in Norway, his mom and younger brother and sister have supported him all along the way.

“My mom thinks this is so cool that I have pursued my dream and it is taken me so far. She and my kid twin brother and sister are really happy for me.”

For now, he is spending his days preparing for the combine. To him, all of his sacrifice over the years is beginning to pay off.

“My sole focus is football,” he said.

“From a chubby kid playing in a gravel field in Norway to getting picked to go to a CFL combine in Canada, I have come a long way. I am just dying to get there and show what I can do.”